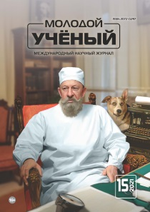 In the teaching of mother tongue in schools and universities, the main focus is on the formation of oral and written forms of students' speech. Good knowledge of the native language helps to take an active part in the socio-cultural life of the country, is a tool for achieving other goals.

The adoption of the Law «On Education» and the «National Training Program» opened new directions in the field of education in our country.

Subjects taught in secondary schools and non-philological universities can be divided into general and vocational — general and special subjects. English is one of the general education subjects, and in these educational institutions, the mother tongue, second language and foreign language also serve to develop students' speaking and specialization skills. We can compare these educational institutions to a «tree». After all, in secondary schools, a foreign language is taught in the beginning, and in this sense, we compare it to the «root» of the «tree». Education in schools is gradually being developed in lyceums or colleges, and in higher education, the «horns» of the «tree» are being perfected [1].

The mother tongue, which is learned from early childhood by imitation and plays a crucial role in the formation of personal thinking, plays a key role in the study of other languages. Secondary and foreign language teaching uses the same methodological principles as native language.

In the teaching of mother tongue in schools and universities, the main focus is on the formation of oral and written forms of students' speech. Good knowledge of the native language helps to take an active part in the socio-cultural life of the country, is a tool for achieving other goals.

Any language studied after the mother tongue is given the status of a «second language». The second language is considered to be the language of brothers and sisters of other nationalities. In our country, the concept of «second language» means Russian for those who study in Uzbek, and Uzbek for those who study in Russian. According to the program requirements, Russian language skills and linguistics are taught. Learning Russian requires relying on experience in the native language and, in turn, has a certain impact on learning English.

The situation is quite different when it comes to teaching English. English is learned mainly through the perception of the lexical, grammatical and pronunciation aspects of the language, and the learning process takes place mainly in an artificial environment.

The purpose of teaching English to high school and non-philological students is to develop reading, speaking (speaking and listening comprehension) and writing skills. consists of.

Another feature is that the skills and competencies that are formed in the process of teaching the basics of science are subordinated to the science system.

The second group of subjects can include skills and competencies (singing, music, physical education, etc.). They are based on the practice of certain universal activities.

Subjects that teach the basics of science tell students what they know about the field. Educational subjects create elegance and beauty in students. Activity training subjects serve to develop physical fitness, work skills and competencies.

An analysis of the language subjects that are the object of linguodidactics reveals similarities and sharp differences between them. The common denominator between languages is that in the study of all three, the student engages in speaking activities. Due to the skills and abilities formed in these languages, knowledge (information) related to other sciences and fields is acquired, in other words, language subjects serve as a communicative function.

Although the mother tongue, second language and English have practical (communicative), educational, pedagogical, developmental and professional significance in the context of secondary schools and universities, the criteria for performing these functions (quantity and quality indicators) are different in each language. For example, in the study of the «mother tongue» the practical, general, educational, professional and developmental goals are achieved in the same way. In English, communication and practical application play a leading role, and general, educational and developmental goals depend on it [2].

The student learns the native language practically before going to university. Practical skills in the second language are, first of all, partially generated, theoretical knowledge is expressed to a lesser extent than in the native language, of course. In the study of English, the rules (simple theoretical knowledge) are subordinated to the goals of acceleration (intensification) and facilitation (optimization) of the acquisition of practical skills and abilities, and speech practice (communication) becomes the primary task in the learning process.

Linguistic education in schools and universities enriches students' speech with words and terms related to the field, prepares them for communicative activities, teaches speech techniques based on professional needs, correctness, accuracy, logicality of speech, Factors such as subordination to the intended purpose play an important role in the preparation for speaking activities related to the chosen specialty [3].

If students in Uzbek, Russian and English classes understand the meaning of the necessary terms in their native language in their chosen field, know the names in Uzbek, Russian and English, can easily replace one word with another, this the goal of teaching languages is considered to have been achieved if the language has the skills to express the idea correctly in oral and written forms, if it can use verbal synonymy.

We will try to explain the above concepts in more detail. The first component of the learning environment is the understanding of the age characteristics and general level of students. It is known that each age of the child has its own characteristics [4].

The second component of the learning environment is the concept of language experience. The term is interpreted here in a narrow linguodidactical sense. The student's experience consists of general awareness (knowledge of information about an objective being), language resources such as vocabulary, grammar, pronunciation, and the ability to convey and receive information within a specific topic.

Language experience is formed primarily in the mother tongue, and those who know two or more languages increase its corresponding layers. As a result, speech, linguistic and linguistic content is enriched in memory and thinking. Different language tools and methods are used to express ideas. At the same time, there is a problem of differentiating between the internal and interlingual negative (interference) or positive (transpositional) features in the learning process within a language.