Why do the English language skills of applicants deteriorate every year? | Статья в журнале «Молодой ученый»

Why do the English language skills of applicants deteriorate every year? 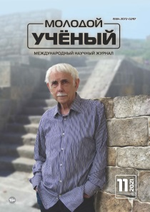 This article is devoted to the reasons why students who come to educational institutions after secondary school have serious difficulties in learning a foreign language.

Time after time, teachers of English in different technical schools observe the same picture — former students have no knowledge of the language. Naturally, all these students are faced with the problem of passing the test and exam in English. Stress is guaranteed for both- students and teachers.

Why can't schoolchildren learn English? Is it to blame for laziness, a small number of textbooks and manuals, incompetence of teachers or is there another reason? Let's try to figure it out.

I studied at a secondary school where everyone could choose those subjects that he is ready to study as deeply as possible. The groups were small and the teacher did her the best to keep at least something in student’s mind. But now the educational system at schools leaves much to be desired and there are practically no schools with a special education, so everything, as they say, remains on the conscience of students and their parents. Therefore, I decided to conduct a survey of English language teachers to find out what, in their opinion, are the reasons why children cannot master the elementary program. Of course, some opinions differed but most of the answers became the basis for further presentation.

So, the main reasons why children cannot master the English language program at school (according to the authoritative opinion of experienced English teachers):

Most children do not understand why they need to learn a strange and incomprehensible language at all. In addition, all children come to school with different knowledge base and interests will be different.

There are specialized schools where languages are taught to children strictly by native speakers. But if we take an average school, you are unlikely to find an Englishman or a Frenchman there. And the cost of training in specialized schools is not available to everyone. This implies the following factor:

As the working practice of teachers shows, children from financially disadvantaged families rarely experience a craving for knowledge, especially in studying English.

There are usually 15–20 children in a group. All children are completely different, their interests are different, as are the characters. And so that a teacher can convey knowledge to children, you must first find an approach to everyone. In reality, only few teachers have the opportunity to spend time on psychological work with children.

In the 21st century, parents try to maximize their children's free time. Lessons from 8 a.m. to 5 p.m., sports sections, music schools, circles. What child will want to sit up late at night and learn new words in English?

Most often schools prefer to save on books, or ask parents to donate money for new materials, but not everyone has the opportunity to do this. And we all know that not every child will be careful about a book. So it turns out that children have to study with old shabby books, where most often half of the sheets are missing.

Based on the foregoing, we get students whose knowledge of English language barely reaches the top three. If we want to change the situation, it’s necessary to pay attention to the school because only there all the children receive the main basic knowledge.

So, how can you fix such a disappointing situation?

First of all, it is worth to give children the opportunity to get acquainted with English language at an early age. It's like complementary things: you give the child something new at first, he looks at a strange thing with apprehension but then he tries it and the fear goes away. If a child from early childhood hears English speech, he will not be afraid of the language itself and will rather show a real interest in it. And everyone knows that in childhood information is remembered much faster than in a more conscious age.

The second, if you want to know the language well you can’t just speak it you have to think in it. That’s why it will be better starting to study English at school from the first grade on a parallel with Russian language.

The third, it’s necessary to equip English classrooms at schools with all the needful equipment, so that children do not have to learn the language only from old books. English films, dialogues, games will dilute the educational environment, allow children to relax and they will learn new material well.

The fourth, English requires in-depth study so it is necessary to be a small number of students in the group.

Of course, these arguments are only philistine, but is it possible to substantiate them from a scientific point of view? Can we get the answers we need in some kind of science? I decided to turn to psychology and as it turned out, a large number of outstanding minds consider the problems of learning foreign languages ​​from a psychological point of view. Most scientists say that the psychological barrier does not give people the opportunity to delve into a foreign language. And this problem is the subject of numerous social and psychological studies.

There is a simplified classification of psychological barriers according to which they are divided into two groups: external and internal.

External barriers are objective those that arise independently of you:

– obstacles and barriers of a social nature (this can include the material disadvantage of some children and the security of others),

– professional differences between students (several children from the entire group can be immersed in the language environment from early childhood, respectively, their level of language proficiency will be higher than that of other children),

– the difficulty of finding a suitable program or a loyal and patient teacher (just the point is that each student needs to look for his own approach).

Internal psychological barriers — psychophysiological and linguistic barriers inherent in a given person in the study of a foreign language. Certain factors play a role here, such as:

– awareness of the new linguistic reality and so on.

That is if we compare the problems that were voiced by the teachers of English a little higher with these psychological barriers we will get one result expressed in different words. However, I want to draw your attention to the internal psychological barriers because if schoolchildren can overcome them there will be many more applicants with fairly good knowledge of the English language.

And here Arab linguists come to my aid (H. Dulay, M. Bert and S. Krashen) who back in 1977 put forward the theory of «affective» emotional filters that affect the process of successful language acquisition.

Every student of a new subject has such filters since a person in the process of studying a new subject cannot but experience certain emotions. Nevertheless, the degree of such emotions is different for everyone. If the “affective” filter is low a person will not have obstacles to mastering a foreign language he will not have emotional barriers in the form of fear of making a mistake becoming an object of criticism, constantly expecting failure, in other words, nothing can impede the access of information to the student's brain.

On the contrary people with a heightened emotional filter will experience all of the above fears. A person is not able to assimilate the incoming information properly to use it during a conversation. People with a high emotional filter as a rule have a large stock of vocabulary know all the grammatical rules but they cannot use this knowledge because of the psychological barrier self-doubt.

There are four main categories of factors that have a positive or negative impact on the acquisition of a foreign language depending on the level of a person's «affective» filter:

The first factor is motivation. Without it even the most talented and gifted people (in our case, students) will not achieve positive results,

The second factor is the attitude to the subject and the process of comprehending it.

A. K. Markova identifies several levels of attitude towards learning a foreign language:

– negative attitude when motives of avoiding troubles prevail there is no interest, adequate self-esteem and all failures are explained by external reasons,

– a neutral (passively indifferent) attitude is observed when a student does not set himself any goals, is indifferent to the results of the educational process,

– a positive (amorphous) attitude, when a person shows a cognitive interest in the result of his studies understands and performs the assigned tasks according to the model, but does not have clear motives,

– a positive (conscious) attitude, when a student has an independently set goal,

– a positive (active, creative) attitude is manifested if the student is constantly improving the methods of cognition applies them in new conditions has high self-esteem and is capable of self-education,

– a positive (responsible) attitude, which is characteristic of people who are ready to improve the ways of cooperation with other people who are able to take a different conditional position in joint work, actively and independently set goals for themselves and quickly move towards their implementation.

The third factor is anxiety. Anxiety is another affective factor one of the most famous and common types of emotions that affects the learning of a second language.

The fourth factor is self-confidence and self-esteem. Self-confidence is a necessary quality for any person striving to achieve success in learning. Success in learning a foreign language also largely depends on the student's faith in their abilities. Uncertainty in oneself in one's abilities, fear of making a mistake, low self-esteem, expectation of failure and fear of becoming an object of criticism lead to increased anxiety which develops into «tightness» and can have a negative impact on the process of learning a foreign language, cause a negative attitude towards it reduce motivation which is a serious obstacle. The student will constantly experience fear of failure and humiliation feel inadequacy be distracted from completing tasks and thereby create new obstacles for himself.

It is very important to timely identify strategies to overcome psychological barriers to mastering a second language which include first of all, the following: raising students' motivation and confidence in their abilities as well as reducing language anxiety.

The low level of performance of some students in learning a second language is caused by insufficient motivation due to lack of interest in the subject confidence in their abilities to cope with difficulties dissatisfaction with the teaching method of the subject any negative emotions regarding the language being studied and the meaning of learning it. To increase the motivation of students by making them interested in studying the subject changing the teaching methodology depending on the student's individuality creating a relaxed but working environment in the classroom introducing elements of the culture and history of the language being studied is one of the main and most difficult pedagogical tasks.

Of course, for example motivation depends not only on the quality of teaching but also on the students themselves, which is why students and English teachers in schools must learn to cooperate and look for common ground. Parents and relatives can help in this, the students themselves can help each other, and the more friendly and «easier» the environment is when learning English, the easier it will be for teachers to put their knowledge into the heads of children, and the easier it will be for students to perceive new information for them...

And if there is a similar atmosphere in every class of English then applicants entering technical schools and higher educational institutions will no longer be afraid of teachers of a foreign language but will only try to prove themselves at the highest level gradually increasing their skills.