Existence of numbers from a philosophical perspective 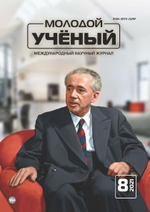 Number is the basic and fundamental concept of mathematics which has undergone expansion and generalization over many centuries. mathematics is the science of number and counting. Most probably, the most common feature of number lies in its use in counting and its important contribution to mathematics lies in its use in measurements. Numbers, operations on numbers and their functions have occupied important role in mathematics [1]. The concept of number has gone from understanding number as an instrument of counting to elevating it to the rank of an independent ontological and culturological category that underlies the universe and culture. Possibility of mental operations with numbers how abstract objects leads to the fact that numbers can be mistaken for independently existing objects. From here there is only one step left to ensure that the numbers are proclaimed the very essence of things [4].

Our entire life consists of four arithmetic operations: addition, subtraction, multiplication and division. Everything added can be divided, subdivided, then multiplied, increased. Everything can be simply multiplied by another to multiply, and then increase. All arithmetic operations are performed independently, but are in very close interdependence with each other.

If there is nothing, then nothing can be added, subtracted, divided and multiplied. To do this, you need to have at least some little, minuscule, but something to have and something to possess. Through the desire to unite something, addition is performed, if uncoupled, then subtraction or multiplication with division. If all actions in here and now are performed correctly, then all tasks have the right answer, and in this case, life becomes surprisingly easy and comfortably simple. But all actions must be realized through knowledge of the absolute truth by the conscious personal «I«, which is the key to knowing oneself in this world and the world in oneself [8].

The accumulation of material values, money, is accompanied by the loss of time, energy, health, friends, relatives, youth, love. Love for loved ones is lost, but love for money and valuable things appears. Not loving one thing, one loves another. Having ceased to love one thing, he begins to love another. A person becomes a dependent slave and tied hostage to his savings. The more money and things, the more fear of losing them.

Try to return the time, if only in order to regain your health, strength, youth, friends, relatives, which you once had as a person. Even for very big money cannot buy health, you can buy a medicine, have an expensive operation, but who guarantees a positive outcome of the medicine and the operation?

QUANTITY is a unit of quality that repeats itself an infinite number of times.

With the amount of something or someone, a person associates himself for life. A person is everywhere surrounded by a large number of material things.

Everything is measured by the quantity of total. The amount of money and things measures material wealth and poverty, happiness and unhappiness, power and slavery, freedom and lack of freedom, respect and disrespect, etc. It seems that everything depends on the amount of money and things, or the person is rich, or he poor man. The accumulation of a large number of negative sensory feelings, colored in dark emotional colors, will certainly harm health. Accumulation a lot of positive emotions will bring health benefits.

Reducing food and fluid intake with age heals the body, itself-cleans, self-rejuvenates and self-heals, and life is lengthened. There is an opportunity to come to your physical immortality. Instincts and reflexes, habits, lifestyle and self-image consist of their number.

It should be remembered that the ancient Hindus, who studied the laws of nature, in previous years were masters in all these sciences, but, passing on their knowledge to their followers, they so diligently hid their secrets from ordinary people that in most cases the key to solving the problem was lost and the truth found is buried in a whine of superstition and charlatanism. These ancient people, along with the Chaldeans and the Egyptians, were true masters of the occult, possessors of hidden knowledge, enclosed in numbers, in relation to time and in their connection with human life. Their judgments, as well as the views of the Chaldeans regarding the annual cycles of the planets, have come down to us from the most distant centuries, and the accuracy of this information has been proven with the help of modern instruments.

Now let’s have a look at another theory which had been developed by great Pythagoras. He said: “If there are laws in the world to which everything in the world obeys, both people and gods, then these are, first of all, mathematical laws. Who knows mathematics, he knows what is higher than the gods. «Pythagoras developed and disseminated among his students his own mathematical and philosophical idea, which, with the help of numbers, made it possible to understand to what extent the real existence of each person corresponds to his purpose in life. This idea formed the basis of numerological theory. Subsequently, Pythagoras himself admitted that this system is his most important discovery in his entire life.

The essence of this idea is that the most important numbers are from 1 to 4, adding up to 10, and this is a sacred number that symbolizes the unity of the Universe in its material and metaphysical embodiment. Many early civilizations shared various aspects of numerology, but the Pythagorean carried number worship to the extreme. They gave special representation to the numbers:

Pythagoras' reasoning about numbers is an attempt to reduce all phenomena to numerical ratios and to consider numbers as the enduring essence of things. As all numbers are composed of odd and even, so all things combine opposites in themselves, just as each thing was considered as a reconciliation of opposites. The Pythagoreans considered even numbers to be feminine and odd numbers as masculine. An odd number is fertilizing and, if combined with an even number, it will prevail. The symbol of marriage among the Pythagoreans consisted of the sum of the male, odd number three and female, even number two. Marriage is a five, equal to three plus two [6].

Moving mathematical research out of the realm practical and applied in the philosophical and theoretical sphere, which has not yet separated from the religious and mystical perception of the world, made number not only an instrument of counting, but also an object of culture. The number has acquired the status of a philosophical and general cultural category, which has many interpretations, meanings and images. And since the symbolic language is different for different cultures, then the symbolism of mystical descriptions of reality using numbers is also different. Over time, with the change of generations and civilizations, these semantic images have accumulated, acquiring many meanings and plots. But we cannot but talk about the cultural community of these ideas and the importance of number as a cultural object.