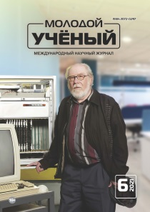 All kinds of environmental damage are proportional to the population density [1]. Overpopulation is the principal reason for the shortage of freshwater and foodstuffs. In the last quarter of the 20 th century, population grew faster in developing than in high-income countries, while, compared to population growth, the increase in carbon emissions grew faster in developing countries than in high-income ones [2]. In the past, overpopulation has been reduced by homicide, epidemics and starvation. Today, there is a possibility to apply humane, scientifically based methods, consciously choosing between the birth rate restriction and mortality rise. Surgical sterilization is the most reliable method of the birth control. Sterilization was extensively used in India during the 1970s but later these measures have been largely abandoned. The one-child policy in China was successful but is currently being dismantled [3]. Countries receiving immigrants may decide whom they admit and whom not. A sterilization certificate can be taken into account making decisions about residence and work permits. The male sterilization (vasectomy) is a simple and harmless procedure. The female sterilization (tubal ligation) can be performed without additional trauma at a birth by caesarean section. A more frequent use of caesarean tubal ligation would be especially favourable for overpopulated regions with a gender imbalance [4]. Certainly, the surgical sterilization can be seen as a violation of bodily integrity. The same, however, can be said about sexual and reproductive coercion sometimes committed to spread a certain genotype, with conscious or subconscious geopolitical motives [5]. Logically, rapidly growing population groups should live in less spacious conditions. Consequences of the gender imbalance must be borne mainly by the populations with the imbalance due to immigration and/or sex-selective abortions. The recognition of these principles can become a basis for the international understanding and trust. In consideration of ecological and economical conditions, an optimal fertility level should be recommended for different regions. Who will determine the level? First of all, everybody for her- or himself. Obviously, in a country with sufficient water resources, the birth rate of the main nation can be higher than in a desert, where people consume desalinated water and foodstuff acquired for the foreign aid and/or oil revenues. An international organization could issue recommendations based on scientific data.

The increasing gender imbalance should not be left out of attention. Among mechanisms are sex-selective abortions [6]. In accordance with traditions, economical and social motives, many families prefer to have sons. A gender imbalance among the newborn has been reported from China, India and some neighbouring countries, from the Caucasus as well as the immigrant milieu in the United States and Europe [7–9]. Migrations contribute to the gender imbalance: the shortage of males creates additional motives for sex-selective abortions in the countries of origin. Considerable gender imbalance is observed in Russia among immigrants. According to a census, the male/female ratio in Crimea among ethnic Russians has been 0.85, Tatars — 0.98, Armenians — 1.3, Karaites — 1.3, Krymchaks — 1.4 [10]. Evaluating statistics, it should be taken into account that gender imbalance is masked by the relatively short life duration of males. The social significance of gender imbalance is decreasing with age. Official statistics based on censes tend to underestimate the gender imbalance as predominantly males are involved in migrations, some of them remaining uncounted by censes. Presumably, prohibitive measures against sex-selective abortions will not be sufficiently effective as they would stimulate “traditional” methods of demographic regulation such as the female neonaticide and neglect of newborn girls [6,11,12]. Apart from traditions, a mechanism maintaining the higher birth rate and son preference is related to the insufficient social security. Ageing people depend on their children for support, while sons and their families are regarded more likely than daughters to be caregivers [13]. An improvement of the social security in developing countries must positively influence the demographic processes.

In the past, the high birth rate was used to support national independence. Even today, a large population is sometimes seen as a guarantee of sovereignty. Birth rate inequalities result in minorities becoming majorities, which can cause local conflicts. An example is Kosovo, where the Albanian majority developed as a result of the immigration and higher birth rate. Since the late 19th century, the population growth in Kosovo has been 1.5–2 times higher than that in the rest of former Yugoslavia [14]. Similarly to ethnic Russians in some parts of the former Soviet Union (SU), Serbs are leaving Kosovo. Within the former SU, the most significant changes have been observed in the Caucasus and Middle Asia. The emigration of ethnic Russians from these regions started several decades ago and increased after the dissolution of the SU. The immigration to Russia from Middle Asia is growing. In the North Caucasus, absolute numbers and percentages of ethnic Russians are decreasing both in urban and rural areas. The maximal birth rates within Russian Federation have been observed in Ingushetia, Chechnya, Tuva and Dagestan; while the population is decreasing most rapidly in Tambov, Tver, Tula and Pskov provinces [15]. There is a continuous migration of Chechens from the mountainous to plain areas to the North of the Caucasian Mountains. The Armenian minority is growing in Krasnodar and Stavropol provinces, in particular, in the Caucasian Riviera, where they have actively participated in privatization and construction of houses [16]. Migration distances are increasing: from the Caucasus and Middle Asia to Moscow, Siberia and the Far East [17]. In all provinces of the Russian Far East (except Yakutia), the ethnic Russian population dwindled during the period 2002–2010. Since 2000, migration to the Far East and Siberia from Middle Asia and China has been increasing. During the period 2002–2010, the number of Tajiks in the Far East increased 2.3 times, Uzbeks — 3.4, Kirgiz — 3.8 times [18]. Some ethnic minorities are partly criminalized; in particular, the sexual and reproductive coercion are known to occur, sometimes applied intentionally to spread a certain genotype. Fictive and half-fictive (temporary) marriages have been used for obtaining the registration and accommodation [19]

In this connection, the Jewish question should be addressed. As discussed above, to prevent ethnic conflicts, minorities should not grow more rapidly than the main nation of a country. This is understood in many Jewish families. However, in the orthodox milieu the birth rate remains relatively high. In some cities e. g. New York the Jewish population is considerable. After the World War II, people of Jewish descent had a possibility to lead a normal life almost everywhere. Evidently, a moderation in the birth rate has been advisable. The emigration to the populated territory with a shortage of fresh water and energy resources occurred after individual decisions of the migrants. Each migrant to Palestine could realize that he or she was going, directly or indirectly, to take possession of other people’s property and to live partly at the expenses of the foreign help, mainly from the United States and Germany. Moreover, the ethnic discrimination in the German immigration policy should be mentioned. It sufficed to declare oneself a Jew to obtain an unlimited residence permit and the right for social assistance. In this way, other foreigners are discriminated: after many years of work they must leave the country. Some Jewish refugees live for years for the social security benefits. The welfare agency (Sozialamt) is regarded as a club for selected public, where the wealth is distributed: regular cash payments, apartments, medical and pension insurance, free education etc. Conversations of this kind about Sozialamt can be heard in a posh restaurant or a consular section where these refugees are inviting to Germany their relatives and friends. Some refugees are engaged in more or less legal business evading paying taxes. Apartments paid by the Sozialamt are sometimes subleased. Despite legal and moral barriers, many refugees of this kind travel to their former homeland in the former SU. There are cases when the refugees rented out their Moscow apartments, or when a paterfamilias operated a business in Russia, while the family lived in Germany for the welfare benefits.

The Camp David Accords have been an efficient tool to acquire foreign aid. Israel has been the largest cumulative recipient of the U. S. foreign assistance since the World War II [20]. After the Camp David Accords, American aid to Egypt increased considerably. Apparently, some former adversaries in the Middle-Eastern conflicts acted to the mutual benefit, an example being the dramatic elevation of oil prices after the 1973 conflict. There seems to be a more or less covert alliance between certain spheres on both sides, while the set of ideas, prevalent also in some other places of the Middle East, Caucasus and Central Asia, includes the use of a relatively high birth rate, migrations and, wherever tolerated, reproductive coercion for geopolitical purposes [19]. A solution for Palestine, Syria and some adjacent territories could be a protectorate by developed nations with the aim to preserve as much human life and wealth as possible, and to curb the population growth in the desert, stimulated by the long-lasting conflict [5]. The agricultural farming in conditions of insufficient fresh water and energy resources is environmentally unfriendly and economically disadvantageous as imported fossil fuels are burnt for the desalination. If peace in the Middle East would be guaranteed, the problem of the energy supply for water desalination could be largely solved by nuclear power plants (NPP). The foreign aid is currently wasted for military purposes. Today, however, there are no alternatives to the nuclear energy [21]. In the long run, non-renewable fossil fuels will become more expensive, contributing to the population growth in oil producing regions and poverty elsewhere. NPP emit virtually no greenhouse gases in comparison to coal, oil or gas [22]. Obviously, peace and international trust are needed for a safe development of the nuclear industry.

In conclusion, the necessity of birth control has been obfuscated by conflicting national and global interests: the population growth has been regarded as a tool helping to the sovereignty and economic advance of developing countries. Smouldering conflicts provide further motives for the population growth, in particular, in the desert regions. An international authority based in developed countries could counteract the growing overpopulation and environmental damage. Most importantly, people should learn to trust each other.