Oscar Wilde as a representator of Aesthetic Movement 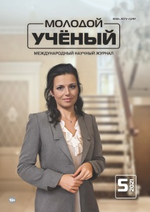 The article discusses the prominent English writer Oscar Wilde as a representator of Aesthetic movement in English literature.

The term Aesthetic has its origin in a Greek word aesthesis, which means perception or the science of the beautiful. The definition was used by German writers for a branch of philosophy which deals with the theory of the beautiful, or rather, with the philosophy of poetry and fine arts. For the first time, the term was applied by a German philosopher named Alexander Gottlieb Baumgarten in the title of his work — Aesthetica (published in 1750). For a century and a half, German writers and philosophers were discussing a literary question “...whether an object is actually beautiful in itself, or merely appears so to certain persons having faculties capable of appreciating that which is positively beautiful” (Hamilton, vi).

This discussion gave rise to the school of Aestheticism. The Aesthetic Movement in England showed the same tendencies as that characteristic of French Decadence.

“Oscar Wilde described himself on leaving Oxford as a ‘Professor of Aesthetics and a Critic of Art’....” (Harris 39). Aestheticism was not considered by its followers to be a mere literary movement. It was rather a philosophic concept for them. This view was embraced also by Oscar Wilde himself, as we can see, for example, in an interview which he gave on a visit in America: “It will depend entirely upon what encouragement I find in the acceptance of my school of philosophy.” “Do you than call aestheticism a philosophy?” asked the reporter. “Most certainly it is a philosophy. It is the study of what may be found in art. It is the pursuit of the secret of life. Whatever there is in all art that represents the eternal truth, is an expression of the great underlying truth. So far aestheticism may be held to be the study of truth in art” (Hamilton 111). For Wilde, Aestheticism was not an ordinary philosophy, it was the philosophy of life; it was his life attitude to which he made everything, the way of life and the way of writing, subordinate.

Wilde's ideal for the constructed self also manifests itself through another aspect of his writing. This is yet another legacy that he carries from Oxford which is linked to his specific ethos-the concept of aesthetic historicism. Once again, the three primary figures central to the construction and shaping of this intellectual ideal for Wilde were John Henry Newman, Matthew Arnold, and Walter Pater. Not only were these men interested in joining the ancient world to Victorian Christian sensibility, but they were also especially interested in preserving the aesthetic European heritage as England grew increasingly imperial, industrial, and secular. De Laura claims that despite their differences, men «Huxley and company» and that it was imperative to them that the «European past-mind, imagination, devotion was to be somehow preserved for the future, apart from belief, through refinement of taste and the pursuit of a self-regarding 'culture'» [5, 343].

Wilde continues this very non-utilitarian endeavor. It is an endeavor that is located within the self, an endeavor that requires contemplation for the deliberate artificial construction of an historical self-consciousness that preserves and synthesis the original and beautiful in Western civilization. Wilde's devotion to this ideal of aesthetic historicism is realized primarily in his devotion to the role of critic (artist, as seen in «The Critic as Artist». According to Fang, Wilde defines the ideal critic) artist as someone who culminates in himself/herself the evolutionary development in the realm of thought, and experiences mentally, as it were, all the achievements that have already taken place in the history of human civilization. This artistic, self-conscious culmination is for Wilde one of the means to pleasure and happiness in life for the contemplative self. That is why criticism, an art form Wilde traces back to the Greeks, is given such an elevated status. For it is only with the use of both the critical faculty and the artistic faculty that the self can fully contemplate the undeniable Platonic «connection between Beauty and Truth» («Critic» 554).

Wilde's primary areas of historical interest for the development of an historical aestheticism for the self are the Romantic and the Hellenic. Wilde continues and elaborates these movements with the elevation of the self and its else. example, in as “Gilbert claims that the critic is so very valuable because impressions”, and «sole aim is to chronicle his own rests on the premise that to be good is to be in harmony with one's self» [5, 564]. Additionally, Wilde continues and elaborates the Hellenic tradition of equating pleasure and happiness with ethics and morality. For example, in The Importance of Being Earnest Cecily reassures Algernon, «Well, I know, of course, how important it is not to keep a business engagement if one wants to retain any sense of the beauty in life” [5, 278]. In «The Decay of Lying», Hellenic pleasure and happiness are two of Wilde's primary motivators in lamenting «the decay of lying as an art, a science, and a social pleasure”. He longs for the times when «ancient historians gave us delightful fiction in the form of fact» unlike «the modern novelist [who] presents us with dull facts under the guise of fiction» [2, 148].

Wilde's ultimate goal in utilizing and constructing a self that possesses a refined sense of aesthetic historicism is to facilitate, as Vivian states in «The Decay of Lying”, an existence that keeps life «at a respectful distance» [2, 153]. If the self is contemplative and is primarily concerned with harmonizing the aesthetic achievements of Western civilization, then that self follows Lord Henry's advice in The Picture of Dorian Gray: «One should absorb the colour of life, but one should never remember its details. Details are always vulgar” [5, 74].

By his contemporaries Wilde as a representative of Aestheticism was received in different ways. Harris describes how Wilde was hated by many people but usually until they met him in person. He was a charming debater, as has been mentioned above, and was able to captivate his listeners very easily. “By talent and conviction, he was the natural pet of the aristocracy whose selfish prejudices he defended and whose leisure he amused. The middle class, as has been noted, disliked and despised him; but its social influence is small and its papers, and especially Punch, made him notorious by attacking him in and out of season” (Harris, 71). Punch's assaults were paradoxically beneficial for Wilde and his reputation and everyone wanted to see his plays.