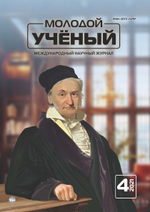 The percentage of borrowings in English is more higher than many other languages. The English language has more chance than any other languages. The English language was able to borrow foreign words in direct contact: first in the Middle Ages from those who replaced each other in the British Isles of foreign invaders, and later in the context of trade expansion and the colonial activity of the British themselves. It is estimated that the number of original words in the English vocabulary is of this about 30 %. It would be a vulgarization to consider that the role of a word in a language is determined by whether it is borrowed or original. Nevertheless, all the most common prepositions, conjunctions, adverbs of time and place, all auxiliary and modal verbs, almost all strong verbs and almost all pronouns, adjectives with a superlative formation of degrees of comparison, all numerals, with the exception of second, million, billion, and finally, many nouns denoting the most common and constantly involved in the act of communication concepts are in modern English language with loan words. This or that influence of one language on another is always explained by historical reasons: war, conquest, travel, trade, etc. lead to a more or less close interaction of different languages. The intensity of the influence of new borrowed words in different periods is different. Depending on the specific historical principles, it increases or decreases. The degree of influence of one language on another depends on the linguistic factor, namely, the degree of proximity of interacting languages, i.e. from whether they are closely related or not. The researchers were mainly interested in the sources and dates of borrowing and, in the best case, historical reasons and conditions of borrowings. With all the necessary data, it is impossible to restrict them. Scientists are now interested in not only where and why the borrowed words came from, but also how it was assimilated in the language, how the grammatical structure obeyed phonetic norms, how its meaning changed and what changes its appearance in the vocabulary of the language that adopted it. The degree of assimilation is due to historical process of development of each concrete words, that means the time of assimilation, character of assimilation and communicative significance of the words. According to the degree of assimilation words borrowed earlier are fully assimilated and words borrowed later are assimilated partially. Some words borrowed in the 19 th and 20 th centuries were not assimilated. The words are pronounced according to the local dialects.

Actually, the need for just such an approach of borrowing, some Russian scientists have pointed out for a long time. In particular, Russian linguist of the 19th century A. A. Potebnya believed that it was not necessary to ask what was borrowed from, but rather that it was added that was created as a result of activities excited by a corresponding impetus. But this point of view was not widespread at the time and did not find a response. A. Potebnya drew attention to the creative element in the process of borrowing. «They said to borrow, which means to borrow in order to be able to contribute more to the treasury of human culture than you get». This approach to the issue of borrowing allows us to identify the patterns that govern the development of the vocabulary of the language, explain the phenomena that occur in it and identify their causes, to reveal the connections between the history of individual words, the history of language and the history of the people. We can name such elements as local element, borrowed element, Indo-European element, Germanic element, English element. The words of this group appeared in English in the V century or later. That is, after the Germanic tribes migrated to the British Isles. As for the Indo-European and Germanic groups, they are so old that they cannot be dated. The Indo-European element refers to words that are common to all or to more languages of the Indo-European group. The English words of this group denote elementary concepts, without which human communication is impossible. They can be grouped into the following groups:

The Germanic element represents words common to all or most languages of Germanic origin. Some of the main groups of Germanic words are similar to the groups of the Indo-European element.

It should be noted that the English element itself, in a certain respect, is opposed to the first two groups. It is not only approximately dated, but these words have a different trait: they are definitely English and have no common origin with the words of other languages, while in the Indo-European and Germanic words you can find a common root.

In terms of vocabulary, English should be classified as a language of international origin. But given the relative frequency of the distribution of words, it is clear that the Anglo-Saxon heritage takes its аll. The local element of the English language contains a huge number of frequently repeated words, such as the article, prepositions, conjunctions, auxiliary verbs, as well as words denoting objects of everyday life (child, water, come, good, bad, etc.) In addition, the grammatical structure, essentially Germanic, remained untouched by foreign influence.

This table needs clarification. Firstly, you should pay attention to the fact that the second column contains not only more groups, but also contains a larger number of words. This is due to the high percentage of borrowed words in the English language (75 %) that came as a result of numerous historical events and international relations.

The borrowed words available in the vocabulary of the language can be classified: by the source of borrowing, by what aspect of the word is borrowed, and by the degree of assimilation.

According to the source and era of borrowing in the vocabulary of the English language are distinguished:

2) Latin borrowings of the first centuries of our era, that is, that fell even before the arrival of the Angles and Saxons in the British Isles (the so-called 1st layer of Latin borrowings).

5) Old French borrowings (XII-XV centuries), due to the Norman conquest.

9) Sovietism, i.e. borrowings from the Russian language of the post-October period, reflecting the influence of the advanced social system and the advanced ideology of our country.

Classification by source of borrowing is most fully developed, but is not, as already indicated, the only possible one. Borrowings can also be classified by what aspect of the word is new to the host language.

Not only a word can be borrowed, but also individual significant parts of a word. Morphemes are borrowed, of course, not in isolation, but in words: if any foreign-language morphemes are included in a large number of borrowed words, then the morphological structure of these words begins to be recognized, and the morphemes themselves are included in the number of word-formation tools of the receiving language. Many Greek and Latin words have become international prefixes. For example, anti-, counter-, inter-, sub-, ultra-, etc. Greek suffixes are widely used in all languages: -it’s, -ism, -isk. Not all borrowed words are assimilated as fully as travel and sport considered above.

Therefore, according to the degree of their assimilation, borrowing can be divided into:

The Significance of Latin Borrowings in the Modern English...

Secondly, borrowing from other languages has been characteristic of English throughout its history. More than 2/3 of the English vocabulary are borrowings and mostly they are words of Romanic origin, especially that of Latin.

The Significance of Latin Borrowings in the Modern English...

Secondly, borrowing from other languages has been characteristic of English throughout its history. More than 2/3 of the English vocabulary are borrowings and mostly they are words of Romanic origin, especially that of Latin.