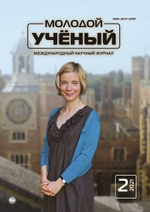 First and foremost, it is worth explaining the essence of the underground person’s being. Dostoevsky took great pride in exposing the tragic and vicious sides of the Russian soul. Its tragic side is accounted for by the awareness of its viciousness. F. Dostoevsky assumed that the underground man suffered from self-punishment, thwarted aspirations about a better life. Underground people are firmly convinced that everyone is just as miserable as they are. Therefore, they are rather reluctant to change anything. This type of people rejects any common rules and claims that nothing is sacred. These two principles constitute the basis of the image of the underground man.

The underground man is a mixture of two types of characters that appeared earlier in Russian literature, the superfluous man and the little man. Similarly to the superfluous man, the underground man is indecisive, passive and egoistical. They tend to do a lot of self-reflection and self-analysis and find their existence somewhat meaningless. They bear a lot in common with the little man as well. They both feel insulted, oppressed, hapless and suffer an inferiority complex. They claim to have fallen victims of social injustice, which deters the process of the self-actualization.

In his world-famous novel Idiot , Dostoevsky stated: “Beauty will save the world.” These words reflect Dostoevsky’s aesthetic utopia. The novelist reprimanded the chaos within his characters that threatened their lives. He was firmly convinced that each person had great power that would save them and the world as a whole. However, to our detriment, mankind is unable to use that power.

Broadly speaking, any literary character that is concerned with the fact that their society falls far short of their ideal or experiences deep resentment could be called an underground person. Anyone who intends to change the world appealing to violence or despotism but realises that they are powerless and do not correspond to their own ideal and, in the end, berate themselves. The underground man disguises themselves because they fear that other people will notice the discrepancy between their behaviour and beliefs or ideals. However, the disguise does a lot of harm to their true identity. The underground man is tired of that constant inner conflict. They curse the world and become hermits who have found their peace in hiding. Summing up, the underground man has a strong and unquenchable thirst for alienation, which is psychologically addictive and makes their minds devious, disordered and unable to communicate with anyone except for themselves.

Eventually turning to Crime and Punishment, first and foremost, it is noteworthy to state that the image of the underground man is best presented in Raskolnikov and Svidrigailov. Raskolnikov used to be an underground person even before he committed the crime. He elaborates his own idea, which should have taken him from the underground if implemented with no remorse, according to Raskolnikov. Yet, Fyodor Dostoevsky showed that Raskolnikov’s violent idea was doomed to failure. Raskolnikov’s crimes make him go through a lot of self-abasement which debilitated and exhausted him. Having spilt the blood, Raskolnikov finally reaches the abyss of the underground.

Svidrigailov was intended to reflect the dark side of Raskolnikov’s soul, his “underground” nature. Unlike other underground characters, Svidrigailov did not become an underground man as a result of a fierce inner struggle; he was initially satanic. In contrast to a typical underground person, Svildrigailov has not got an ideal. An average underground person is distinguished by their tragic perception of life and deeply rooted offence caused by the injustices of life while Svidrigailov is forgiving, easy-going, rather indulgent, tolerant and not derisive. An underground man finds in self-isolation and searches for the perfection or the ideal whereas Svidrigailov has got neither enthusiasm nor ideal. In his mind, the ideal accommodation is “one little room, like a bath house in the country, black and grimy and spiders in every corner.”

Sonia’s only underground feature is self-deprecation, which is explained by her religiosity.

All in all, Fyodor Dostoevsky delineated two different images of the underground man in Raskolnikov and Svidrigailov. Both characters resort to violence. Raskolnikov does it to conform to his own idea which he cultivated in the underground, whereas Svidrigailov’s violence is a source of voluptuousness and gratification.