Some topical issues of tourism development in Kazakhstan 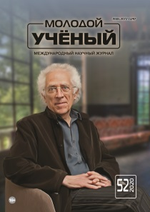 Modern tourism is a sector of the world economy that does not know the recession. According to experts, in order to find an alternative to the income of an average foreign tourist, it is necessary to export to the world market about 9 tons of coal or 15 tons of oil or 2 tons of high-grade grain. At the same time, the sale of raw materials depletes the country's energy resources, and the tourism industry works with renewable resources. Foreign economists estimate that 100,000 tourists who spend two hours in the city spend $ 350,000, or $ 17.5, per person per hour. Thus, the sale of raw materials is in itself an economic impasse, and the development of tourism is a long-term, economically viable prospect. Tourism brings three positive benefits to the economy as a whole:

Tourism has a real chance to become the third most profitable industry in Kazakhstan. One of the main obstacles to the development of tourism today is the lack of a well-thought-out marketing strategy in Kazakhstan to promote tourism, as well as to improve the country's tourist image. On average, only 42 % of respondents in the world have an idea about the image of Kazakhstan. Kazakhstan's popularity in Asia is the highest. A distant country in Asia — Japan — 75 % of respondents know Kazakhstan. In Europe, this figure is very low, the best respondents are the British — 41 % of respondents have reports from Kazakhstan.

However, we must admit that in recent years many measures have been taken in this direction, but the development of the tourism industry is closely linked with significant investment. According to the international experts of the WTO, in 2–3 years tourism will again grow at a steady pace. For the successful implementation of strategic directions until 2020, the Ministry of Tourism and Sports is working to attract investment in the construction of modern tourist centers. These include a number of sports facilities and tourist infrastructure built in preparation for the Asian Games in 2011. In comparison, for example, South Korea once built 38 ski resorts, the construction of which was first funded by the state and then sold to private owners. In this way, two problems were solved: the conditions for recreation were created and the economy grew due to the benefits of these tourist facilities.

The issue that needs special attention is that many travel agencies often develop only one direction — outbound tourism. The fact that only 14.5 % of more than 600 tour companies are engaged in the organization of inbound tourism will inevitably have a negative impact on the country's budget. Even the majority of those who come from abroad are business travelers.

Domestic tourism, according to experts, accounts for 3 % of all tourism revenues. For comparison, in developed countries it is 50 %. To address this issue, the Tax Code stipulates that tour operators organizing foreign trips must pay VAT on the income from their services, otherwise the number of outbound tourism organizers may be much higher.

The predominant development of outbound tourism is closer to the result than the reason, as the lack of tourist infrastructure does not allow travel agencies to organize tours of the country's attractions.

Another problem is that the prices do not correspond to the services provided. For example, for $ 50 you can buy a small room in Alakol, a bathroom, a TV and a refrigerator, and you will have to pay for meals, and in Issyk-Kul you will get the best hotel at the same price, three meals a day, indoor and outdoor swimming pool.

Potential customers of domestic travel companies are Europeans. They are attracted by exotics, romance of the semi-desert, unseen steppe nature, wild mountain beauty. Europeans do not choose living conditions, but they are frightened by unjustified high prices.

Currently, Uzbekistan is a real competitor in attracting foreign tourists to the region. This trend is becoming increasingly popular in Europe. For example, to go to Bukhara or Samarkand, Germany is ready to pay 10 thousand euros for two people. The problem can be solved by lowering our prices, because for a potential European customer — it does not matter whether he goes to Uzbekistan or Kazakhstan. The only difference is in the price, of course, for most tourists, the availability of prices remains a key factor in choosing a place to rest.

There are two well-known facilities in Kazakhstan — the young Astana and the Medeu Ice Rink. While Astana is known around the world for the hard work of the President, Medeu's reputation in the former Soviet Union is still strong. However, the President himself once said that there are no hotels for the middle class in Astana. Everything was very expensive, high-quality or cheap and low-quality, there was no other option. Tourism revenues in Almaty in 2009 amounted to 30.3 billion tenge, which is only 1 % of the city's GDP. Among other issues, the main issue remains the low level of service.

Only in 2005, when the President of the Republic of Kazakhstan named tourism as one of the seven priority clusters of economic development, tourism received a new impetus in its development. The first tourist cluster was created and launched in Almaty and Almaty region. This choice is explained by the fact that the region has the largest number of tourist organizations and attractive tourist routes in Kazakhstan. Clustering is usually defined as the process of concentration of companies and other actors operating within a single geographical area, working closely together in a particular industry, increasing their combined competitiveness.

Cluster development is the main direction of increasing Kazakhstan's competitiveness in the world market. Its guarantee is its successful use in highly developed countries such as the United States, Japan, Germany, Italy and Finland. For example, the economy of a small country such as Finland is fully clustered and consists of 9 clusters. As a result of clustering, Germany has become a base for printing equipment, luxury cars and chemical reagents and a growing number of leading manufacturers, small Switzerland is home to world leaders in the pharmaceutical industry, chocolate production, Sweden, a leading manufacturer of heavy trucks and mining equipment. The Italians are very strong in ceramic tiles, ski boots, wrapping equipment and automated production systems, Japan holds the first place in the field of consumer electronics, robots, photography, photocopiers.

We need to solve the following tasks to create and develop a competitive tourism industry based on a comprehensive and phased formation of a tourist cluster for effective communication of its participants, aimed at creating a modern infrastructure that has a worthy place in the international market of tourist services, attractive for foreigners and accessible to most of our compatriots:

– formation of the national tourism industry through the development of a unique infrastructure with different functions, not lagging behind international standards;

– creation of the most favorable conditions for the formation of a competitive market of tourist services as a segment of market infrastructure, especially on the basis of the priority of domestic and inbound tourism development;

– take measures to not only establish and coordinate the relationship between local authorities and private entrepreneurship to attract investment, but also to further strengthen it;

– Implementation of innovative and investment projects for the development of the regional cluster «Tourism» by the required types of tourism;

– highly efficient use of information technology;

– Establishment of a Regional Coordinating Tourism Information Center for the organization and implementation of a tourism cluster in the Zhetysu region;

– Restoration of children's and youth tourism, its urgent introduction in schools;

– creation of conditions for the development of medical, ethnographic and ecological tourism in the region;

– organization of expeditions to monuments and historical sites, which are the object of tourist attraction in the region, to consider the possibility of organizing them in clusters;

– planning of comprehensive measures to update the material base for the tourism cluster and accelerate the construction of new tourist facilities;

– creation of conditions for tourists to create a high level of safety in both transport and recreational facilities;

– the most effective and mandatory use of a special insurance system for tourists;

– development of structures and mechanisms for highly effective management of a competitive tourism cluster;

– Conduct regular marketing research to determine the region's position in the domestic and international markets of tourist services;

– Innovative demonstration of the region's unique tourist attraction at international and national tourism exhibitions and fairs;

– continue to work on the organization of press and information tours for leading media outlets, major tour operators from near and far abroad;

Only by solving these problems can we create a truly competitive national tourism industry that meets international standards.

One of the first to travel to Kazakh lands was the British traveler Frederick Gustav Barnaby, who traveled through Kazakhstan on horseback in the 19th century and loved Kazakh apples above all else. And in 2009, the British scientist Barry Junipper from Oxford proved that Kazakhstan is the homeland of apples. According to British scientists, Kazakh apples are the ancestor of all apples in the world. And the homeland of apples in Kazakhstan, of course — Almaty region, and only if we can use this advantage in the formation of a tourist image, brand, it is clear that it will also increase our prestige in the tourism market.