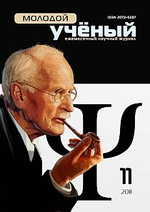 In foreign turkology St.-Petersburg academic school of oriental studies takes a special place. Because St.-Petersburg has united scientific orientalists and it is a centre of science on realisation of fundamental works. This centre in the world of sciences and knowledge has prepared and glorified such scientists, as V.V. Bartold, A.N.Samoylovich, V.V. Radlov, P.P.Ivanov, A.N.Kononov, S.N.Ivanov, G.Klyashtorny. In 2009 on an official trip, we convinced of it once more.

Academician A.N.Samoylovich (1880-1938) had special love to literature of the East, it was special love of one of the Russian scientists who conducted work on the bases hand-written sources under the Turkish literature. In studying of the Uzbek literature, language, ethnography, national creativity the scientist took the special place .

«For me in the east to be more important, than to be on island Vasilev (St.-Petersburg) I – Majnun, Turkestan – Layli . In my nature there is a certain affinity to muslims and I get on with them quickly», ( Baskakov 1973: 90) – wrote A.N.Samoylovich. Really, when he was a master, he devoted his life to Central Asia. More than 300 printed works of the scientist as not had time to publish, yet not carried out scientific researches say that it worked without a respite, all being. ( Dmitrieva 1966: 206-211) At a scientific trip it was possible both to track to us, and to study from archive of the scientist existing data.

In St.-Petersburg (November, 2009) we gott acquainted with the works and A.N.Samojlovich's contemporary records We became witnesses of high endowments of the scientist-orientalist, the expert in turkology: a deep analyst, the academician of a statement having the unique method. A.N.Samojlovich's not published scientific researches are stored in hand-written fund of the Russian National library. Contemporary records help to present more widely a picture of the literary environment of Uzbekistan, to elicit the new facts in studying of scientifically-creative activity of the scientist in full volume, also lets estimate an outstanding role of Russian turkologist's wide profile.

From the report of a trip of A.N.Samojlovich in 1908 to Khoresm it becomes clear that in the course of acquaintance with private libraries of Mohammed Rahim khan II (1844-1910) he managed to find and study some rare manuscripts. Muhammad Rahimhan II who ruled Khiva khanate (1863-1910) for 47 years is known to people under a literary pseudonym of Firuz. As the patron of the literature and art in Khiva he introduced lithographic edition of books for the first time (1874). Under his initiative a number of poetic anthologies were created.

It is necessary to notice that in 1908 academician A.N.Samojlovich met the Khiva khan and was awarded his hospitality. The educated patron of Khiva science and art, he showed full readiness to promote scientific studying of hos country and he opened to A.N.Samojlovich access to the personal book treasures. A.N.Samojlovich got warm meeting and all conditions for his work were created: he got an opportunity to work in both khan's libraries twice.

As a result of these researches there is a scientific work under the name of “Turkish etudes”, the multiplane work of the scientist not published completely to this day. In this work along with numerous sides of the Uzbek literature, the history of the literary environment of Khoresm of the XIX-th century also is shined. The rare data about the palace literature of Khiva, about khan’s libraries, about existence of Arabian, Persian, Turkic manuscripts, in them about poets known and unknown to a science, about palace printing house is cited.

In National library of Russia in fund of manuscripts there is A.N.Samoylovich's archive, there are a number of his published works along with unpublished, not complete scientific works of the scientistare stored. One of such fundamental works is “Turkish etudes”( RNL.f.671.d.100) The volume consists of 872 p. At the beginning of the manuscript, it is said that the manuscript was written in 1917-1918s (in the middle), and consists of researches on literary middle asian – Turkish language. The scientist had time to declare only one part of the work during his lifetime ( Samoylovich 1928: P.1-23)

And later other parts of the work were declared for the first time by Russian scholars ( Samoylovich 1973: 105-110; Samoylovich 1997: 165-168) In the introduction to the article it is said that “Turkish etudes” have arisen from indefatigable search. The scientist basically was interested in not studied and not published works. He aspired to reveal and declare them to scientific community. “Turkish etudes” as it is marked, and studying of Turkish literature themes are connected with one another. In particular, the author writes about the history of a writing of the work as follows:

“In 1917–1918s to studyi the poetry of Babur and to concern several articles publication there were written. But the collected, not studied and not published data on Turkish literature, especially, in a museum of Asia, in National library of Russia, in libraries of Petrograd on the oriental studies, known to me manuscripts-treasures stored , distract me from the former purposes. They drew my interest seriously to be engaged to study the Central Asian Turkish literature and so the result is “Turkish etudes”. It seems, that these “etudes” as though are not connected among themselves, but actually one provides the second and gives representation about middle eastern – muslims – a Turkish literary language. In the etudes I tried to consecrate together with common-literary both universal problems and Turkish – Mongolian, Turkish – Russian, Russian – the Tatar literary communications”.( RNL.f.671.d.100.p1-6) Really in structure “Turkish etudes” a part of communication with creativity of Babur is not explained, and then this theme was worked out.( RNL.f.671.d.82)

It is obvious that the scientist on studying of the Turkish literature planned wide scientific work. Some heads not reached us give the chance to think that separate parts of product either are lost, or are not finished. It is known, that in 1937 the writer was unreasonably accused and concluded, about all works were carried away and only in 1953 after rehabilitation were gain returned. To this day archive of the scientist entirely not put in order.

Now to us the reached some parts of product have been published by B.F.Blagova (Samoylovich 2005:p780-839) But a significant part “Turkish etudes” has not been studied and published. Yet from culmination problem of today is to get the work to people. Many-sided activity of the scientist, his love and respect for the Turkish literature. It will enrich literature history with new facts and sights.

Searches in archive data give the chance to distinguish even more widely A.N. Samojlovich's putting the most valuable contribution to studying of history of the Turkish literature and language works. Researches of the scientist in area textual criticism served as the primary goal for the subsequent works created set. These researches have served development in area linguistics, critics of the text, poetic introduction, the general philology.