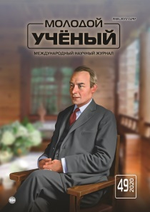 The article describes the groups depending on their height and other parameters that determine unfavorable meteorological conditions for each of them and provides work for the organization of forecasting the level of air pollution from a set of sources. The article also discusses the basic principles for the development of measures to regulate emissions.

Air pollution in the city as a whole is influenced by a number of meteorological factors. This section presents the results of studying the meteorological conditions of air pollution in a number of cities. Analysis shows that the relationships between concentration levels and meteorological factors are similar in many cities. This is determined by some similarities in the structure of emissions and the use in the development of characteristics of the city-wide component of air pollution. However, with a non-standard structure of emissions, especially when the main sources are located mainly in one part of the city or outside of it, the nature of the relationship between concentrations and meteorological factors may have its own peculiarities. To solve the practical problems of forecasting air pollution, it is necessary to analyze the observational data in each city separately. Its results are the basis for the development of predictive schemes.

When forecasting separately for each source, the possible variety of emissions entering the atmosphere is taken into account. However, this task is not always feasible in the case of a large number of served sources. Under such conditions, all sources of emissions should be divided into groups depending on their height and other parameters that determine unfavorable weather conditions for each of them. Forecasts or warnings made should relate to all sources in this group.

With this approach, it is possible to predict the level of air pollution for enterprises located not only in a given city, but also over a large area, for example, a large industrial region. Pollution level projections can be made at all major plants using relatively simple source-specific ratios.

To organize forecasting of the level of air pollution from a set of sources, information is collected on the parameters of emissions from all enterprises located in the served area. In this case, the following work is performed:

1) Critical control of the collected data on emission parameters is carried out;

2) For the main sources, the maximum concentration of impurities in the air C m is calculated and the final selection of the serviced enterprises is made;

3) the dangerous wind speed u m is calculated for the selected sources and the complex of unfavorable meteorological conditions (UMC) is determined;

4) on the basis of the analysis performed, the sources of air pollution are combined into several groups, each of which corresponds to certain UMC.

To obtain the necessary data, materials from the volumes of maximum permissible emissions (MPE) are used [1].

In the case when it is not possible to collect and analyze sufficiently complete information on the parameters of emissions from pollution sources, at the first stage one should roughly proceed from typical complexes of unfavorable weather conditions. In this case, groups of high sources with hot emissions and with cold emissions, as well as low sources are considered.

In many cases, when assessing unfavorable weather conditions, dangerous wind directions are taken into account. Anomalously unfavorable meteorological conditions for the main groups of sources are given (Table 1).

It is proposed to formulate unfavorable complexes of meteorological conditions in such a way that each of the parameters is predicted by the existing methods for a period of up to 36 hours. To predict the height of the lower boundary of the raised inversion, it is recommended to take into account the proximity of the mixing layer height (H m ) to it.

In addition to Table 1 shows the following unfavorable complexes of meteorological conditions:

— wind direction towards densely built-up quarters or areas with difficult terrain in combination with wind speed close to u m;

— wind direction at which there is a maximum overlap of emissions from a group of sources, combined with a wind speed close to u m;

— calm in combination with surface inversion — for low sources.

For low sources, the conditions under which a high level of air pollution in the city as a whole is predicted are also unfavorable.

The procedure for dividing sources into groups is usually simplified due to the fact that most of the sources in the city most often belong to the group of low sources. Another group includes a small number of tall pipes. Sometimes the pipes of city boiler rooms are included in a separate group.

Based on the forecast for the territory of wind speed and direction, the height of the mixing layer, fogs, taking into account the synoptic situation, areas with unfavorable conditions for individual groups of sources are identified on the synoptic map. The warning is sent to the facility whose emission sources are in the relevant area. For example, in a certain zone above the northeastern part of a given region, a wind of 4–7 m / s and an elevated inversion with a lower boundary of 300–500 m are expected. In such a situation, warnings about the need to temporarily reduce emissions are transmitted to all high sources located in this zone. heated emissions, which, in accordance with the expected direction of the wind, will be transferred to residential areas. In the southern part of this region, due to the location of the axis of the sedentary ridge, calm and surface inversion are expected for most of the day [2].

The regulation of emissions into the atmosphere means their temporary reduction during periods of unfavorable meteorological conditions (UMC), when a high level of air pollution can form. Emissions control is carried out on the basis of warnings about a possible dangerous increase in the concentration of impurities in the air in order to prevent it.

Measures to temporarily reduce emissions of pollutants during the periods of NME are an integral part of the consolidated volume «Protection of the atmosphere and maximum permissible emissions (MPE)". They are revised at least once every 5 years, as well as when production technology changes and emissions of harmful substances into the atmosphere.

When developing measures to control emissions, the contribution of various sources to the creation of ground-level contaminants should be taken into account. In each specific case, it is necessary to determine which sources should reduce emissions in the first place in order to obtain the greatest effect [3].

Measures for short-term emission reductions during periods of unfavorable weather conditions should be sufficiently effective and practically feasible. They should take into account the specifics of specific industries. In this regard, they should be developed mainly directly at enterprises and in sectoral institutions. Implementation of the developed measures under certain conditions is possible without reducing production.

Compliance with these principles contributes to the practical implementation of measures to regulate emissions and prevent an increase in concentrations during periods of unfavorable meteorological conditions.

The average level of air pollution in a city may not characterize the effectiveness of measures if the number of warnings is small. In this case, it is advisable to compare the average concentrations of impurities during periods of unfavorable meteorological conditions during the implementation of regulation and under the same weather conditions in previous years, when forecasting and regulation work was not carried out. If, in the first case, the concentrations are on average lower than in the second, this indicates the effectiveness of forecasting. This type of assessment is possible with the approximate preservation of the total amount and structure of emissions, as well as the method for analyzing air samples.