The major themes of “The Tragedy of Hamlet, Prince of Denmark” reflected in the Russian classic literature | Статья в журнале «Молодой ученый»

The major themes of “The Tragedy of Hamlet, Prince of Denmark” reflected in the Russian classic literature 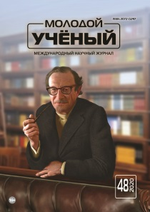 The questions raised by William Shakespeare in «The Tragedy of Hamlet, Prince of Denmark» continue to capture human minds many centuries after the play was finished, finding their reflection in the prominent works of the world literature, among which are the classic novels of the famous Russian writers. The article is aimed at analyzing the major themes of the play that reappear in the Russian classic literature.

There are questions people have been desperately seeking answers to since the very dawn of humanity. Having repeatedly arisen in philosophy and literature, they continue to affect the basic principles of our world outlook, shaping the way we generally perceive the complexity of the world around us. What is the purpose of our existence and what mysteries are awaiting us in the afterlife? Is it possible to control one’s fate through decisions or is our destiny something we are of no power to change? Should we let our impulsive emotions guide us or is a careful consideration required before taking any action? These are the questions raised in “The Tragedy of Hamlet, Prince of Denmark”, arguably the most famous Shakespearean play.

The theme of human mortality, the irrevocability and striking finality of death is acknowledged to be one of the most mysterious philosophical questions occupying the minds of people of all times, including outstanding writers, scientists and philosophers, geniuses and common people alike. Questioning the very nature of our reality, the play partly focuses on the concept of death, inevitably evoking our thoughts on the matter and encouraging us to develop our own attitude to the issue. The theme is introduced early in the beginning of the play, which features the ghost of Hamlet’s father and dwells on the idea of murder and its consequences. The first scene of the act III contains one of the most remarkable Hamlet’s soliloquies, which centers on the idea of terrifying uncertainty of the afterlife.

“For in that sleep of death what dreams may come,

When we have shuffled off this mortal coil,

Must give us pause—there's the respect

That makes calamity of so long life” [1]

The first scene of the act V features the famous graveyard scene. Thus the idea of human mortality haunts Hamlet throughout the whole play, eventually leading him to conclusion that death eliminates all the differences between people, erasing all their dreams, ambitions and desires, leaving behind nothing but clay and dust no matter how powerful and influential some of them might have been while living

That being so, the structure of our society appears to be but a thin illusion, easily destroyed by the ultimate equality of all living beings before the eternity.

The similar question has emerged in many other brilliant works of literature, mirroring the themes of famous Shakespearean tragedy. The idea of the frightening uncertainty of the afterlife appears in the works of great Russian writer Leo Tolstoy. For example, by philosophical thoughts concerning the frailty of human existence is haunted Levin, one of the characters of Tolstoy’s novel Anna Karenina. The characters of another great Tolstoy’s novel, “War and Peace”, are burdened with constant questioning of the purpose of their lives. Anrei Bolkonsky repeatedly faces the possibility of death throughout the novel, with his near-death experience at the battlefield of Austerlitz prompting a reconsideration of his life priorities.

Another important and relevant issue addressed in the play is the conflict of fate and free will. The motive of destiny can be clearly seen throughout the tragedy. The moment Hamlet meets the ghost of his father, his fate is determined, and all the following events of the play are leading to the unavoidable outcome.

“My fate cries out

And makes each petty artery in this body

As hardy as the Nemean lion’s nerve” [1]

Discovering a plot against himself on the way to England makes Hamlet believe there are higher powers defining the outcomes of our lives, shaping our destinies and inevitably leading us to our fates no matter what choices we make.

“There’s a divinity that shapes our ends,

That is why, being convinced that his destiny will eventually be fulfilled anyway, Hamlet does not let a superstitious feeling stop him from duel with Laertes.

There’s a special providence in the fall of a sparrow.

With conflict of fate and free will being one of the major and most mentioned themes in world literature, in fight with their destiny engage many well-known characters of distinguished novels and poems, such as “A Hero of Our Time” and “The Novice” by Mikhail Lermontov. The main character of “A Hero of Our Time” Grigori Pechorin questions the ability of an individual to change the course of his own life, while the protagonist of «The Novice», in a desperate attempt to take control of his own life, sets into motion a chain of events that lead to his untimely death.

Another prominent issue addressed in the play deals with the conflict of action and thought. Unlike Laertes, who immediately springs into action after hearing of the murder of Polonius no matter the consequences it might lead to, Hamlet is constantly haunted by doubts, which on several occasions prevents him from acting impulsively. The difference between two characters is most noticeable when we see Hamlet hesitating to take revenge on Claudius while the king is praying and Laertes threatening to cut the throat of the murderer of his father in church. In his famous soliloquy Hamlet questions his ability to act as a whole.

“Thus conscience does make cowards of us all,

And thus the native hue of resolution

Is sicklied o'er with the pale cast of thought,

And enterprises of great pitch and moment

With this regard their currents turn awry

The ability to act on the basis of ideas is one of the central themes of Fyodor Dostoevsky’s novel «Crime and Punishment». Having developed a complex theory about the two types of people there are in the world, the novel’s main character Rodion Raskolnikov is haunted by doubts before the horrifying attempt to prove his theory by venturing to take another person’s life. In the end, constant doubts are one of the reasons he renounces his theory.

There is no doubt that Shakespearean questions continue to live on in the world literature, encouraging people to reflect on important philosophical problems. And through it is unclear whether we will ever be able to find the answers we crave, depicting humanity’s eternal search for answers to life’s timeless questions is what makes the Shakespearean plays so compelling to read and watch for Shakespeare’s contemporaries and modern people alike, with the main themes of his works repeatedly recurring in the Russian literature due to their timeless relevance.