Tones as a prosodic means organizing the prosodic system of language 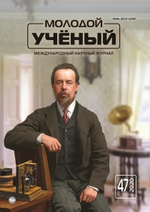 This article examines the definition of the term «supersegment prosodic elements» in the phonetics of Chinese language and reveals the comparison between fusional and agglutinative languages. The article gives of the current understanding of supersegment prosodic elements in the comparing languages. The examples are useful for exploring a potential ways of understanding phonetic system of Chinese language.

As you know, any speech activity is accompanied with phonetic features of a particular language. In linguistics, the study of phonetic units and their features is engaged in such a branch of science as phonetics. Sounding speech is the main form of speech communication, is an integral part of the functioning of the modern language and a sign of verbal languages. For verbal expression of thoughts, a person uses a special system of signs, known as sounds, letters, morphemes, syllables, words and sentences [1, с.251–253].

As you know, any speech activity is accompanied with the phonetic features of a particular language. In linguistics, the study of phonetic units and their features is dealt with by such a branch of science as phonetics. Phonetics (from the Greek. Phone — sound, voice) is a branch of linguistics that studies the sound side of speech communication, the methods of formation of speech sounds, their changes in the speech stream, their role and the functioning of language as a means of communication between people.

In addition to the basic phonetic units, in the sound system of the language there are segment and super-segment units of speech. Segment units are the sounds of speech that are arranged in a speech stream one after another in a linear sequence. Segmental phonology is closely related to segments of the speech chain resulting from sequential division. Super-segment units, in turn, are a series of phonetic units that manifest themselves in the form of stress and intonation. In the flow of speech, super-segment units cannot function separately from segment units, that is, they are directly connected and are realized only in sound combinations, overlapping sounds and forming the structure of speech segments [2, с.169].

In Chinese, as in other languages, there is a sentence intonation. But besides this, each syllable receiving stress (strong or at least weak) is pronounced in one tone or another. There are four syllable tones in Mandarin. Tones are just as important for distinguishing meaning as the sound composition of a word. The same combination of sounds conveys completely different meanings depending on which tan it is pronounced. Let's compare the following examples: 1st tone — ma (mother) shu (book) 2nd tone — ma (hemp) shu (ripe) 3rd tone — ma (horse) shu (count) 4th tone — ma (scold) shu (tree).

The melodic drawing of four tones can be graphically depicted as follow (Fig. 1)

The vertical bar with numbers 1–5 is a generally accepted scale that conventionally denotes the range of the speech voice (in contrast to the singing voice, the range of which is much wider), covering four tones. The thick line conventionally shows the direction of the tone movement, and the different thickness of this line indicates a different degree of muscular tension of the vocal apparatus during the pronunciation of a particular tone. The melody of the first tone is high, even (5–5); gives the impression of an unfinished statement.

In Chinese alphabetic text, these four tones are denoted by icons that resemble the tone shape, for example: mа̃, má, mả, mà. The tone mark is placed only above the vowel. The ̉̉ symbol is an analogue of the third tone in our layout of the lessons. Chinese tones, like any melody of a human voice, can be most accurately reproduced on musical instruments such as the cello or violin, which glide smoothly from one note to another. On a piano or other instrument, you can select only the upper and lower boundaries of a particular tone, and the necessary slip must be made up with a voice.

As with all tone languages, in Chinese one word can have several meanings, depending on how it is pronounced. For language learners, this feature presents certain difficulties, but at the same time, it provides a scope for linguistic possibilities in the field of articulation, which is not attainable for other languages.

Examples of hieroglyphs with the same transcription, but different tone:

Examples of hieroglyphs with the same transcription and the same tone:

The Chinese linguist Yuan Jenchao wrote a poem about a poet eating a lion. The homophony of this poem is structured in such a way that its content is expressed only through truly masterful manipulation of tonality. And if you phonetically reproduce this verse in Russian, it will look like a constant repetition of the word «shi». And although in recent years the Chinese language has not been able to avoid changes, and reading this poem can lead to a little incoherence. Translated into English, this poem sounds like this:

In the stone there lived a poet whose name was Shi.

Shi loved to eat lions with all his heart, and he decided to eat ten.

Local time, at ten in the morning,

Shi hurried to the market.

And immediately seeing that there were ten lions, he killed all of them with arrows.

He dragged the beasts' corpses into a stone cave.

But it is humid in the stone, and Shi ordered the servant to wash everything.

As everything became clear, the poet Shi began to eat.

And he began to eat and suddenly realized: there were lions made of stones.

As it can be seen, in Chinese, the intonation of a word can change its meaning. Throw in variations of context and different combinations of hieroglyphs, and the possible meaning of a single syllable is simply disturbingly expansive. In this poem, words such as «stone», «eat», «ten» and «time» have the same tone of pronunciation, while «lair» and «history» have a completely different tone. In addition, the original pronunciation of this poem, when reading, is not characteristic of all dialects of the Chinese language (except for Mandarin).

One of the many differences between the Chinese language and European (including Russian) languages is that Chinese is a syllabic language. [4; 136]. Therefore, to study the Chinese language, you need to learn not the alphabet, but the Chinese syllables. However, the number of Chinese syllables is limited — there are only a little more than 400 of them. Because of this, there is a strong homonymy in the Chinese language. Homonyms are words that sound the same, but have different meanings. Examples from the Russian language: мир - 1) that is, peacetime, when there is no war, 2) peace as the entire population of the earth. Or the word язык - it can be an organ in our mouth, or it can be a means of communication [5, с.215–224].

So in the Chinese language there are a lot of such homonyms. Therefore, modern Chinese gravitates towards compound words, that is, when a word consists of 2, 3 or more syllable words. In Chinese, syllables differ not only in sound, but also in melody, that is, in tone. There are only 4 tones in Mandarin, and another zero tone.

Each Chinese syllable corresponds to:

– one, and more often several hieroglyphs,

To date, the conducted experimental — phonetic research in the field of phonetics of the language, and they indicate that «it is prosody, which includes melodic, dynamic and quatative features, provides communicants with the opportunity to understand the meaning of the statement».

A. A. Khamatova distinguishes two large groups among the homonyms of the Chinese language: lexical homonyms (homophones), conversion homonyms (homographs) and classifies them into three types:

2) Words that match in sound, but different in spelling. These are phonetic homonyms, or homophones. They are called 同音 异形 词 tóngyīnyìxíngcí or 等 ​​音 词 děngyīncí. For example: 班 bān «group» and 斑 bān «spot, spotted», 八 ba «eight» and 扒 ba «dig up» This type of homonymy is the most common in Chinese.

Thus, in the Chinese language, as in other isolating languages, the syllabic tone plays an important role. Tone is a phonological unit that distinguishes between syllables. Tones as a prosodic means organize the entire prosodic system of language. They create the tonorhythm of Chinese words and word-like formations, on their basis all intonational differentiations are carried out — syntactic, communicative, modal, emotional, stylistic. As a result, the tone in speech always turns out to be an integral unit, carrying in itself not only the signs of the syllabic tone as such, but also all other prosodic overlays.