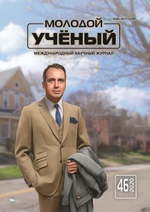 The article examines the state of the atmospheric air of the city of Temirtau, identifies the main sources, enterprises that pollute the city air, and their share in the pollution of the city's air basin, the study calculates the dissipation potential of the city's atmosphere and the recurrence of meteorological indicators for many years. This research shows that the meteorological conditions of Central Kazakhstan allow the atmosphere of the city to clean itself and allows the main reason for the high level of pollution of these industrial enterprises operating on the territory.

Anthropogenic pollution of the atmosphere is associated with mechanical, physical, chemical and biological factors, which are most noticeable in places where people live compactly, especially in megalopolises, where weather conditions also noticeably differ from similar parameters outside the city. Millions of tons of pollutants are constantly present in the atmosphere. For example, in our republic, according to the Agency of the Republic of Kazakhstan on statistics, emissions of the most common harmful substances are growing every year.

Central Kazakhstan is one of the leading industrial regions of the country with a developed heavy territorial-industrial complex. The coal mining, metallurgical and chemical industries of the republic are of international importance. Heavy industry is primarily associated with coal mining, processing of non-ferrous, ferrous and rare metals needed for metallurgy. The territorial industrial complex is based on 3 production units: Karaganda-Temirtau, Balkhash and Zhezkazgan. There is an industry specializing in the production of energy-intensive and material-intensive products of non-ferrous and ferrous metallurgy, coal and a number of valuable minerals. There is also mechanical engineering, chemical industry, production of building materials, light and food industries. The industrial link Karaganda-Temirtau includes Abay, Saran, Shakhtinsk and a number of other urban-type settlements. This production link is associated with a single technological flow: coal mines — processing plants — coke plants — rolling steel shops of the metallurgical plant in Temirtau. The main sources of pollution are located in the eastern and northwestern parts of the city [1].

A characteristic feature of Temirtau is the lack of clear zoning of industrial and residential areas. The historical settlement of the city was formed between two industrial zones. LLP «LLP «Temirtau Electrometallurgical Plant»« and LLP «Bassel Group» are located in the western industrial zone. The residential area near the enterprises is located at a distance of 500 m from the industrial zones. There are no recreation areas, medical institutions, reserves and other objects on this territory. Currently, due to the existing development, it is not possible to revise the area of the sanitary protection zone. The largest industrial complexes are JSC «ArcelorMittal Temirtau» and LLP «Temirtau Electrometallurgical Plant». The number of stationary discharge sources in the city is 1205, of which 959 have been organized, 372 enterprises equipped with dust collecting devices have been equipped. Other enterprises are located outside the city of Temirtau, but they also have a high degree of direct impact on this city. These include JSC «Central Asia Cement», JSC «Karaganda plant of asbestos-cement products» located in Aktau village, north of Temirtau, LLP «Temirtau non-ferrous metal» in Tokarevka village, north-west of Temirtau, Production Association «Karagandy non-ferrous metal», LLP «Kazakhmys Corporation» are located 8 km north-east of Temirtau in Nurkazgan. At the same time, the amount of emissions of pollutants into the atmosphere used in the manufacture of automobiles has increased. The following figure shows the share of industrial 1enterprises in air pollution in Temirtau (Figure 1).

Fig. 1. The share of industrial enterprises in atmospheric air pollution in Temirtau

Background pollution is mainly caused by natural factors as well as the transboundary movement of polluted air from neighboring countries. An important source of air pollution in the Karaganda region is the fuel and energy complex. It is a complex inter-industry system for the production and production of fuel and energy, their transportation, distribution and use. Much of the air pollution (85 %) comes from the manufacturing industry [2].

In 1990, T. Selegey presented a similar complex indicator of the influence of meteorological conditions on the self-cleaning of the atmosphere — the potential of dispersion of the atmosphere (PDA), which is calculated by the formula:

As shown in Table 1, to calculate the climatic potential of dispersion of the atmosphere (CPDA) of Temirtau, long-term data were taken, that is, the frequency of calm, wind speed above ≥6 m/s, recurrence of fogs, recurrence of precipitation over ≥ 0.5 mm, from 1965 to 2000. The higher the calm and fog values, the closer the CPDA value is to 1. The lower the rainfall and wind speed values, the lower the CPDA value, that is, below 1. This indicates that precipitation and wind speeds above 6 m/s reduce the pollution. On the other hand, meteorological conditions, such as calm and fog, lead to stagnation of pollutants and their humidification in fog. The following figure shows the long-term course of the climatic potential of dispersion of the Temirtau's atmosphere (Figure 2).

Fig. 2. The climatic potential of dispersion of the Temirtau's atmosphere

As shown in Figure 2, according to long-term data, the highest values ​​of the climatic potential of dispersion of the atmosphere (were observed in September (0.78) and March (0.77). The lowest CPDA value was recorded in May (0.32) and July (0.42). The CPDA rate varies from year to year, but the CPDA value is less than 1 in all years.

This shows that the meteorological conditions of the Central Kazakhstan region create favorable conditions for the self-cleaning of the atmosphere in Temirtau, and make it possible to assume that the presence of operating industrial enterprises worsen the ecological situation of the city, in particular the state of atmospheric air. That is, in fact, the city has a good ability to self-purify the atmosphere. But the presence of enterprises and constant emissions into the atmosphere do not allow the city air to properly clean itself. It is possible to say that the climate of the region and the repeatability of meteorological elements allow to reduce air pollution, if in the city and its neighborhoods there are no regular industrial emissions. The most effective technological measures are the reduction of negative impacts on the air of the city, although the change in the technology of the production process will significantly reduce or exclude emissions.

It is recommended to use technical and sanitary measures in technological outfits. They do not participate in the technology of the production process, but in the purification of gaseous emissions and their distribution. It is desirable to install filters.