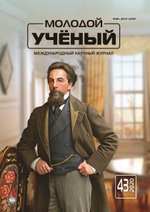 Learning a foreign language is a transfer of culture that was accumulated earlier to the younger generation. At different times, teaching a foreign language had different content and relied on different philosophical approaches. However, the first place has always been the development of the personality, the formation of important qualities necessary for life in specific conditions. These conditions could change depending on the periods of the life of a given person. The culture of foreign-speaking countries is a part of world culture, in this way, when teaching a foreign language, students become familiar with the world culture and make a significant contribution to the education of future specialists and their development as a comprehensively developed and harmonious personality. The importance of knowing a foreign language as a means of communication and integration into the world community increases, thereby assuming a distinctively new approach to teaching a foreign language (FL), as well as a rethinking of the essence and content of learning objectives, since the purposefulness of the educational process is of paramount importance. importance in the formation of the content of education. This is due to the fact that the pedagogical interpretation of general goals leads to the allocation of specific goals, which, merging with the content, form its «upper levels» [1, p. 144].

The most important priority of educational reforms can be considered a qualitative increase in the level of foreign language proficiency of university graduates. The knowledge of a foreign language acquired by students at the functional level contributes to solving a large number of tasks in the modernization of society, which seeks to take a significant place in the world community. Integration is a process and result of the formation of an inextricably linked whole. In the study of a foreign language, it can manifest itself through the combination of academic subjects in a synthesized course, the summation of the foundations of the sciences, the disclosure of complex educational topics and problems. Modern education is faced with the primary task of forming an idea of ​​a holistic picture of the world, including its unity and diversity, the idea of ​​integration is laid in the foundation of this understanding. This idea appeared on the basis of the universality and unity of the laws of nature and culture, since they themselves provide for the unification, subordination, interconnection of individual components of an integral system. Modern society requires from the individual independent critical thinking, the ability to see, and creatively solve the problems that have arisen. In this regard, the transition from the executive, reproductive activity of students to the creative, search one at each stage of the educational process is so necessary. Integrated lessons suggest the possibility of involving students in an active cognitive process, which consists in active cognitive independent activity, since everyone has the opportunity to express themselves in the area that is closer to him and use the knowledge gained as a result of practice. Lessons of this type make it possible to clearly understand the area of ​​application of their knowledge. Integrated lessons enable teachers to work together, which contributes to close cooperation with each other and also with students in solving various educational problems, making it possible to create conditions for the implementation of specific communication skills, which are basic in the modern world.

Integration should be classified as a didactic principle that allows academic subjects to function as an autonomous educational system, and also contributes to meeting the requirements of modern society, the introduction of integration into the study of a foreign language allows solving the problems that modern education puts forward for higher educational institutions and society as a whole. The development of the pedagogical idea of ​​the integration of the educational process influenced the progress of scientific knowledge, since integration is closely intertwined with differentiation. Interdisciplinary connections are an effective teaching tool and are used as an addition, confirmation, replenishment of knowledge in related subjects, which contributes to didactic tasks. Interdisciplinary connections are not a permanent, integral system, are used at the request of the teacher to study individual topics of the educational material, and also serve as an excellent confirmation, which enhances their importance in the integration process. Integration is a system that presupposes the unification, connection, convergence of the educational material of separate related subjects into a single whole, this unification is also possible subject to the logical proximity of the topics being studied. The base of the integrated learning system is based on the intensive use of interdisciplinary connections, this can be seen both in terms of the final goals and the content, methods and techniques of work. It should be noted that the process of teaching a foreign language using an integrated approach reveals the similarity of ideas and principles that can be traced in teaching various disciplines, since it becomes possible to apply the acquired knowledge simultaneously in different areas. Most students are concrete thinkers and learning should be based on identifiable objects rather than abstract ideas.

It is worth highlighting the following types of integrated lessons: Coordinated, knowledge of one subject is based on knowledge of another subject. For example, a history lesson and English. At such lessons, there is a fragmentary appeal to the general problems in various fields of knowledge. The combined one is built on the basis of one organizing object, several objects merge into one, which makes it possible to study the same problem from different positions. For example, a lesson in geography and English. They should shape through learning from life experiences or common social problems. Integrated single lessons can be built on a thematic or problem basis, highlighting the discipline as the core or intertwining the teaching material at each stage of the lesson. Integrated lessons refer to non-standard forms of teaching and require the preparation and creative initiative of a group of teachers from different subjects. A foreign language is a special subject, therefore an integrated foreign language lesson with history, mathematics, art, music helps to increase motivation in teaching foreign languages. The integrative approach allows teaching mixed in the real world communicative functions within the framework of the speech act, indicating how speech is used in everyday situations, giving a multidimensional understanding of reality and the role of language as an element of culture. In such lessons, mastering a foreign language is not only a goal, but also a means in understanding the relationship with other spheres of knowledge and life, thereby increasing the motivation for learning a foreign language.