The Legal Status of The Ombudsman 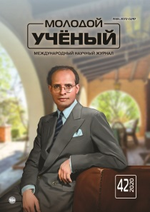 The rights and freedoms of every person are the most sacred and precious thing that all civilised nations try to protect in today's world. Proof of this is the Universal Declaration of Human Rights (1948), the International Covenant on Civil and Political Rights (1966), the International Covenant on Economic, Social and Cultural Rights (1966) and the European Convention for the Protection of Human Rights and Fundamental Freedoms (1950). The rights that were proclaimed in these documents have become inviolable, unwavering and have acquired constitutional status in many countries around the world.

Various means are available for their protection. In addition to the traditional state guarantees, one of the universal instruments is the institution that was first introduced in the Nordic countries — the Ombudsman institution. The ombudsman acts as an arbitrator in relations between the state and the citizen, which are based on the priority of human rights.

The ombudsman is an element of an effective mechanism for protecting the rights and legitimate interests of citizens, which does not replace the competence and powers of other entities in this area. The main purpose of the ombudsman is to protect the rights of citizens in the event that the executive authorities have violated them. The ombudsman's activities must be based on ideological neutrality and political disinterest.

Thus, it can be said that the ombudsman is a necessary element in the system of protection of human rights and freedoms and, accordingly, knowledge about the legal status of the ombudsman is somehow linked to ensuring this protection, which is a priority and goal of policy in many countries around the world.

The origins of the institution of the ombudsman appeared in ancient Rome, but it received real development only in the XIX-XX centuries. At the moment, the office of the ombudsman exists in many countries, but is still not widespread. This indicates that each state chooses its own development path.

In total, there are three main models for the functioning of the ombudsman:

It is necessary to answer the question of what are the distinguishing features of parliamentary and executive ombudsmen. First, the executive ombudsman is less characterized by qualities such as independence and impartiality. The main difference is that the parliamentary ombudsman can be removed from office by an absolute majority of votes of the members of the legislative body, while the executive, as a rule, is removed from his duties solely by the head of the administration [2, p. 35].

Thus, it should be noted that the human rights commissioner (ombudsman) can be compared to a kind of «bridge» between the state and society. The dual unity of his status is expressed in the fact that, being a state body with a sufficient degree of independence, he acts as a representative of civil society, called upon to respond appropriately to human rights violations committed by state structures and officials, and apply the measures of influence provided to him [4, p. 268].

It should also be noted that the Ombudsman is considered independent from the state power, but in practice, the implementation of the Ombudsman's activities independently and without the intervention of state bodies is practically impossible. This is once again proved by the aforementioned classification of models of the functioning of the ombudsman, the description of which, in one way or another, is based on the connection of the ombudsman with the branches of government. An exception to this is the independent ombudsman who is not affiliated with any of the branches.

The broad functions of the Ombudsman and its active useful activity have determined the high authority of this institution and its recognition by the public [1, p. 56].

A citizen turns to the Ombudsman with his or her complaint if he or she is not satisfied with an administrative decision, the procedure for its adoption or the behavior of an official, i.e. in cases where his or her rights are violated by a management body or an official (for example, an incorrect decision of a case, too narrow interpretation of legal norms, time delay, etc.). Ombudsman receive a fairly large number of complaints (several thousand) annually. However, not all of them are considered, and some of them (in Sweden — about 1/3) are considered in a simplified manner. Ombudsman focus on complaints, which are particularly important in maintaining a balance between the demands of society and individual freedom. Thus, the oversight functions are carried out by the Ombudsman, usually on the basis of a request from an individual. The main method of work of the Ombudsman is the consideration and verification of complaints from citizens [6, p. 87].

Therefore, from the above functions, one can deduce the general ones that are inherent in all ombudsmen. They include:

– Provision of guarantees for the observance by state bodies, officials of fundamental human and civil rights and freedoms.

The purposes for which this institution is created may differ from country to country, and this is indicated by the fact that there are several types of foreign models of ombudsmen.

So, the Scandinavian model is a system of national ombudsman who exercises control over all three branches of government (Sweden, Finland, Poland). The competence of the ombudsman in these countries differs from the powers that these officials have in other states. These states use the principle of maximum accessibility to this tool for all citizens, without exception. A complaint can be filed not only by a person whose rights have been infringed by the actions of the administration, but also by any person who has decided to act in the «name of common interests», and there is no statute of limitations for considering complaints. In addition, ombudsmen in the Scandinavian countries are empowered to initiate legislation and can impose fines on officials. They are competent to initiate criminal proceedings in court against a government minister. They rarely use this opportunity, due to the fact that in their annual reports to the government they present a complete list of outstanding decisions, as well as a list of ministers who have not implemented decisions in specific cases [4, p. 266].

The second model includes ombudsman, whose orbit includes only executive authorities (the CIS and the Baltic states).

The third model includes the ombudsman, whose sphere of control covers bodies and officials of state and non-state structures [3, p. 17].

Thus, it should be noted that in foreign countries there is no one specific model of the ombudsman institution, and therefore there are no identical functions for him. But at the same time, it should be recognized that in any case, all models of this institution and their functions have common specific features.

The control powers of the ombudsman can be exercised regardless of the branch of government in which his office is established (parliamentary ombudsman, ombudsman in the system of executive bodies, or independent ombudsman). In recent decades, the institution of the ombudsman has developed rapidly towards greater differentiation: a significant number of ombudsman have emerged in various spheres of public administration. This trend is due to the expansion of democratic principles in the field of public administration, the increasing importance of this institution as a means of protecting the rights of citizens in various public administration bodies. So, there were ombudsman in the field of medicine, education, social services, consumer protection, protection of certain categories of the population [7, p. 15].

Thanks to this institution, the activities of the state apparatus are becoming more transparent and the population has a real chance to achieve justice at times when their rights are violated by representatives of the authorities. The legal status of the Ombudsman is the basis of his activities, the basis for his decisions and main activities. Without legal regulation, the activities of the ombudsman are impossible, and therefore it is impossible to establish justice with the help of such a “fourth” power.