How to manage money wisely 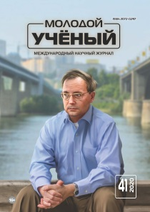 “A penny saved is a penny earned,” is stated by Benjamin Franklin (www.brainyquote.com). The ability to manage money is a whole science. One of the common problems in dealing with money is trying to live without taking into account an own real income. Each person has his peculiar attitude about money — some people are sparse, others can discharge their purses and plague of debt, and then continue to spend again.

A sudden buying of something expensive or completely unnecessary for rewarding for a success, or just for being cheered in a moment of sadness, or just for making a present — all of that is a sign of a good attitude and the ability to enjoy life. “There is an oft-quoted line from the church father Irenaeus: ‘The glory of God is the human person fully alive’” (Smith, Courage and Calling, Embracing Your God-Given Potential , 2011, p.19). However, if a person repeatedly discovers himself in situations where his expenses exceed his income, struggles with debts that he cannot return, and endangers the well-being of his family — it is time to ask the question: what is happening?

It may seem that the ability to spend money wisely comes with the adulthood. In fact, it is necessary to learn how to cope with them because many people just do not know how to plan a budget. For example, it is difficult to gain knowledge of controlling expenses for an adult if while having been a child he did not have his own money, or his parents controlled all the payments very strictly; as a result, the child has no idea about the acceptable boundaries of the spending. There is such a pattern of behavior that psychologists call “(obsessive) compulsive shopping”. It takes a place when a child grew up in a family where he had been removed from problems by receiving a chocolate or gift. For instance, when a child falls down he feels himself offended and hurt, at that very moment his mother has to hug and calm the child, but instead of that she gives him a candy. Having growing up, that person follows the scheme of such an attitude: he goes to a store when he has a problem; a purchase brings him a momentary relief. But a real problem remains to be unsolved. Moreover, it accumulates and requires obtaining more and more spending. And it continues as long as that action becomes a major issue. Smith (2011) states in his book, “To know ourselves and to be true to ourselves is actually nothing but being true to God” (p.54).

There are several ways to manage money wisely. First of all, it is a good point to become debt free. Debt is a terrible thing. It crushes people psychologically, and they have to work more and more instead of enjoying their life. Before making a loan it is obligatory to weigh and realize the opportunity to pay for that. It is better to abandon credits by saving money.

Also, any financially successful person always manages money intelligently, regardless of his income. He constantly prefers to follow a budget decision and never overprices. It is very important not to forget the expression, “an avaricious person pays twice”- the statement warns to save wisely, because attempting to buy only cheap goods entails additional costs.

Next, the main enemy that is capable to cause a considerable damage to somebody’s finance is emotions. When there is a lot of work but the situation is not changing, the only joy appears with purchasing things that can bring diversity into everyday life. Whilst buying new products, people make a local emotional injection with the limited duration. To become known the reason of outlays is the most imperative step that will help to learn how to govern money. Most purchases are being made under the influence of a minute impulse; it gives a little joy but does not improve or enrich people’s lives. To avoid such a mistake it is sufficient merely to consider about that quite a bit.

Some people find out that making a record of all purchases is very helpful to manage money wisely. It is urgent to fill the list with all buying: big and expensive goods as well as every day’s purchases. It is desirable to maintain such a list one or two month, then to check the list and delete all unnecessary purchases, calculate the amount of money that has been spent on the needless things, and avoid such buys next time.

For managing money wisely, it is a good idea to go home immediately after receiving a paycheck without coming in to shops or a market. A purse full of money is a source of temptation to spend them straightaway. The next day the euphoria will disappear, and it will be easier to manage money wise and distribute the remaining amount of them for a whole month.

Some good advice for saving money is not to spend them on harmful habits. Any wise saving starts with taking under control the harmful habits. By stopping smoking, drinking alcohol, eating fast food, and replacing a car ride by a bike ride — people can not only save money, but also be able to restore their health.

Ramsey (2003) wrote in his book, Financial Peace , “When we forget that our money is not our Creator — which instead we are supposed to create with it — we wreak havoc in our lives” (p.27), and “As a culture we are ignorant of what money is and how to handle it. Ignorance is not lack of intelligence; it is lack of knowledge on a particular subject” (p.17). Impulsive purchases are the most insidious enemy of our thrift. Everybody loves to shop, but probably women love to do that more. There are two principles that help me to prevent wasting money: first and foremost, it is necessary to remember our purposes. Surely, everybody has some large financial goals; remembering the goals prevents us from spending a bunch of money on useless trinkets. Also, it is crucial to plan purchases; people have to follow the plan, rather than their impulses. Such a trifle as a shopping list can significantly reduce expenses; for, impulsive purchases are more costly because of they are unplanned. If people strictly stick to the list, they can more effectively control their budget. Ramsey (2003) wrote in his book, “You will have conflict, worry, shortages, and general lack of fun until you achieve some discipline in the handling of your funds” (p.28), and “Napoleon said, ‘Victory belongs to the most persevering’” (p.98).