Intangible culture presentation in the museum 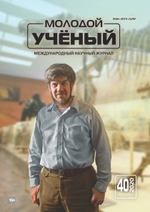 Music is an important branch of intangible culture. She is the most mysterious of all arts. And she is able to express the subtlest movements of the soul, beyond the control of the word. Not everyone is able to understand music, to seek a reflection of their own experiences in complex consonances. We can say that music is the basis of the spiritual life of the people.

Cultural elements are of two types — tangible and intangible. The combination of the first creates a special form of culture — material culture. It includes physical objects created by human hands (they are called artifacts): a cave painting, a residential building, decoration, tools and much more.

The aggregate of the second form an intangible, or spiritual culture: norms, rules, laws, ceremonies, rituals, myths, knowledge, customs, traditions, language, culture, music. They are also the result of human activity, but they were created not with their hands, but rather with their mind. Intangible objects cannot be touched, seen, touched, they exist in our mind and are supported by human intercourse.

Since ancient times, in the traditional culture of the Kazakhs, as in any other people, music and its main carriers, folk instruments — kobyz, dombyra, sybyzgy, dauylpaz, kos syrnay, sherter, zhetygen, kerey, asatayak, konyrau, etc. occupied a significant place. Their formation and development took place in close connection with the formation of the musical culture of neighboring peoples, which was due to the common language, lifestyle, customs, rituals, rituals, etc.

Fortunately, the rich musical culture of the Kazakh people has been preserved to the present day intact by passing from generation to generation.

As is known, the institution engaged in the collection, study, storage of monuments of natural history, material and spiritual culture is a museum. At first, this concept meant a collection of exhibits on art and science, then for a certain period of time it included the building where these monuments were located. From this short explanation we can say with confidence that the museum is a reliable keeper of historical memory and heritage of past eras and is of great importance in our life. They reflected the lives of those people who lived a long time ago and not only. Now there are many types of museum, such as: local history, historical, literary, musical, natural science, theater, and so on. With the development of computer technology, virtual museums appeared.

Among them there are significant and not so much, they offer their visitors to familiarize themselves with the exposition and form their opinion on this or that artist, sculptor, period of history or country. There are those who claim unconditional leadership. These are the largest museums in the world, which have a huge influence on the rest and shape public opinion, as well as act as trendsetters [1].

But unfortunately, mainly material culture appears in museums: tools, things, dishes, clothes, etc. That is, things on which you can only see, if you are lucky you can touch some of them. You can enjoy watching this or that exhibit, but no more.

Yes, it may give you some pleasure, but not fully. The barrier between the exhibit and the visitor in the form of a display case is of great importance.

Today, the main focus that keeps and is engaged in the promotion of tangible and intangible values of musical culture is the Yhlas Museum of Folk Musical Instruments, which is located in the city of Almaty, formed in 1981. This is a unique museum dedicated to pure musical instruments, and which has no analogues in all of Central Asia.

Today, the museum has a large number of musical instruments in more than 50 countries of the world, such as Turkic-speaking peoples, Siberian peoples, South Korea, India, Congo, France, Italy, Hungary, Russia, Lithuania, etc.

Having studied the exhibition halls, guests can learn about the history of the Kazakh people, follow the evolution of musical creativity and traditions, learn about folklore, but most importantly, visitors have a great opportunity is not only a review of musical instruments and also to hear the original sound of the instruments on display.

As soon as you enter the museum you will plunge into the world of folk music, which will accompany you throughout the museum. In each hall there is background music that introduces you to the sounds of Kazakh folk musical instruments.

In addition, in order to popularize traditional music, traditional evenings, lectures and concerts are held every week for visitors to the museum, where instruments are displayed. This is the kind of activity where the merger of the tangible and intangible values of musical culture seems to be.

And on the hands of experienced musicians, the instruments begin to revive and the listeners are immersed in the wonderful world of steppe motifs.

One of such outstanding events was the international festival «Musical instruments of the peoples of the world on the stage of the museum». The festival was attended by musicians from the twin cities of Almaty — Minsk, Vilnus and Budapest.

On the first day of the festival, guests played their folk instruments, thereby teaching them how to play the instrument, that is, they held master classes. This aroused great interest of those present.

On the second day, foreign guests gave a concert on the central arbat, where many listeners gathered. They also played folk instruments, sang folk songs, demonstrating the cultural musical heritage of their people.

There was a gala concert on the last day. This day coincided with the day of the city of Almaty. The gala concert took place in the concert hall of the museum. Here, foreign musicians played on the same stage with local musicians who perform traditional songs and compositions. They played Kazakh folk kuis and songs together. The audience really liked it. They were able to plunge into the musical world where there are no languages. Because music has no language, all peoples of the world can understand it.

One of the great achievements of the museum this year can be considered the installation of information kiosks. This is a kind of modern building, where visitors can independently read the complete information about a particular musical instrument in three languages — Kazakh, Russian and English.

The musical instrument itself is described there. The following is a story about the origin of this instrument. You can also learn about its application, how it is made and what it is made of.

The most amazing thing is that you can listen to different works on this musical instrument. You can feel the music.

Explain the concept of the Kazakh musical tradition, which takes roots from the Middle Ages.

There are certain directions in Kazakh traditional music: song tradition, instrumental music (kyui) and storytelling (zhyr). And these areas were developed in different regions of the country, depending on the genre. For example, in Arkinsk (Central Kazakhstan, Northern Kazakhstan, Eastern Kazakhstan), the song tradition was widespread, in the western part of Kazakhstan, instrumental music was of great importance, and in Syrdaryinsk (Southern part of Kazakhstan) narrative. The form of the main instrument of the Kazakh people, the dombra, depended on this [3].

If you visit traditional concerts, you can go deeper into the music. And understand the essence of all these tricks.

At this point the intangible culture does not end there. During the tour, visitors will be able to get acquainted with the rich history of the Kazakh folk musical instruments. Of course, there is the creator of this or that instrument, there is a person who has put a tool into circulation. And there are musicians who brought musical culture to the present day. A museum guide will tell you about all this.

It is important to note that in this way this museum represents the tangible and intangible heritage of musical culture at the same time.