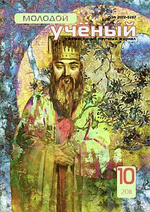 Our continent has very rich and masterpiece cultural history. We can see this in the historical and literal works of our ancestors, well known irrigation machines and wonderful historical monuments. Among well-preserved monuments, the ones that were built in our town plays important role in history.

The Mausoleum of Hodjam is situated in Ko’zagarlik Street, Namangan.

I. Ye. Pletnov’s book about the mausoleum was published in 1968. In this book the Mausoleum of Hodjam was wrongly named as “The Mausoleum of Hodja Amin” and wasn’t given any information about its building, but gave description of the mausoleum. According to some sources the mausoleum was built in XVII century by Mirzahodja eshon for the memory of his father-in-law Ibrohimhodja. While its building special ceramic carving, that was used in XIV century and forgotten in Central Asian architecture during those years, was used and appeared in building. On the top of the door in entrance and on the exit door of the mausoleum there is a note “Amali usto Muhammad Ibrohim ibn Abdurahim”, in translation “The builder is master Abdurahim Muhammad Ibrohim ogli”. The Mausoleum of Hodjam is the oldest ancient monument in Namangan.

Next monument to the Mausoleum of Hodjam is Azizhodja eshon Medrese and Mosque. Azizhodja Medrese was built at the middle of the XVIII century by Ibrohimhodja’s nephew Azizhodja. Mostly master of Namangan worked on building this monument. Medrese consists of 24 hujra (rooms), a classroom and a mosque.

Among the students of this medrese, many educated and well-known people appeared in the world. One of them is Mulla Yuldosh Hilvatiy. In Madrese the had many poem reciting parties. During these parties a friend of Nodim Namangoniy Muhammad Aminhodja Mukimiy from Kokand participated several times.

The Movlono bobo mausoleum is situated on the right bank of northern Fergana canal. This mausoleum was built for the memory of sheyh and scientist Mullahodja eshon, but in different sources it was used by the name of The Movlono bobo mausoleum. In reality it is named The Mausaleum of Movlono Namangoniy. Information about its real name is given in the books of Muhammad Aziz Namangoniy’s “ Majzubi Namangoniy” and Usmonhodja bin Muhammad Alihodja Marg’iloniy’s “Risoul ul-fuzalo”.

L.Yu. Mankovskaya, architectural monuments researcher, wrote that the building was built in XVI century, the dome of the building’s structure reminds the style of XVIII century.

Poet from Namangan Mullo Otahon Nisoriy recollected historical notes of this building in 1957 during its third construction. According to these notes three sacred people were buried in front of the mausoleum and they were generations of Malaviy Mullahodja eshon.

Another building which gives beauty to Namangan city is Mulla Kirgiz Medrese was built in 1910-1912. There are 41 hujras (rooms) and 4 domes surrounding the yard of the building. The medrese was built with bricks in ark style. This style is suitable for the ancient architecture of Central Asia. In its time Mulla Kirgiz medrese was a primary and secondary religious school. Ataullahon tura Mosque is a valuable monument of Central Asia and it is situated in “Sumalak Guzar” Uychi Street. (Local people call it as Otavalihon tura mosque). From history we know that Namangan city divided into 4 parts, Labbaytoga, Sardoba, Chukurkucha and Degrexlik (The city of cast iron masters). In each part there were mosques and medreses, totally 30. Instead of Atoullahon tura mosque there was a medrese and jome mosque that was built at the end of XVII century. At the beginning of XX century that building was on fire for unknown reasons and the building was totally destroyed. After that the people of Degrezlik neighborhood, lead by Atoullohon tura decided to build a jome mosque instead of a burned building. The plan of the mosque produced and architect Ibrahim’s son master Kirgiz from Namangan took all responsibilities for building the mosque. He was a skillful master at that time. Atoullohon mosque was built in 1915 by master Kirgiz.

The value of Atoullohon tura mosque is the dome of the building is the highest among the buildings that were built from XVI century to present days. This building shows the talent of Namangan builders and architectures.