Clothing habits of the living population of the pre-revolutionary Uzbekistan 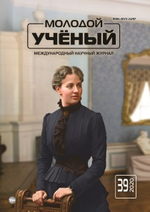 In the following paper the historical overview of the topic ‘Clothing of Central Asia’ is intended to be analyzed. The types of clothes for women, men, children are compared diachronically in the periods before and during the occupation of Russian empire.

The traditional features of the clothing of Central Asia were formed over many centuries. Despite the presence of national and local characteristics, the old folk costume has one common basis of the all central Asian people. This indicates that the Central Asian costume developed for a long time in the conditions of cultural mutual influence of all nationalities and ethnic groups of Central Asia and its neighboring territories. The image of clothing of the peoples of Central Asia till the XVI centuries was common in subsequent centuries. Noticeable changes in the stable traditional tailoring of Uzbek clothes began only after the accession and dependence of Central Asia to Russia . However, the process of transformation of ancient forms of folk clothes occurred mainly in cities not in rural places.

Men's national clothing is characterized by a shirt — kuylak , which was sewn below the knees, later it was shortened to the middle of the thigh. The shirt collar was of two styles. In the Ferghana Valley, shirts were worn with a long vertical cut reaching the waist, a collar was sewn to the cut. Shirts of a different style had a horizontal cut from shoulder to shoulder. The cut shirts ( mullovacha ) with a horizontal section of the gate are characteristic for the Uzbeks of the Zeravshan, Kashkadarya, Surkhandarya, Tashkent, Bukhara and Khorezm valleys. The edges of the gate were sometimes trimmed with braid — jiyak (decorational element).

Ferghana and Tashkent Uzbeks wore widely male shirt ( yaktak ), which were sewn from silk worn by the young and the old. The length of the shirts was up to the knees and below, the edges were sewn with several vertical stitches with a hook. The men's harem trousers ( Ishton) were wide, tapering down and reaching the ankles. These were sewn from straight pieces of fabric; two pieces were sewn together in front and behind. The upper edge was hemmed, a white woven braid with brushes at the ends was pulled into it. In the cold seasons, trousers (shim) were worn with lining and without lining. On top of the shirt, men wore overalls. The dressing gown (overalls) is close to the shirt. The sleeves of the robe were made wider at the top, tapering downward. On the sides below, the robe had cuts. In Ferghana Valley, Tashkent and Khorezm, quilted robes (chopon) were widely worn. Dressing gowns in different areas differ in the color of the fabric, length, width; they are worn in different ways. In Bukhara, in the valley of Kashkadarya, they wore wide robes, rather long with long sleeves, tapering downward. Usually they are sewn from fabric of bright colors, often in wide multi-colored stripes. In Ferghana and Tashkent they wear robes of a darker color: dark green or navy-green. In Ferghana Valley, it is customary to wear gowns with a belt, in other areas a belt (shawl) is worn on a shirt, and a robe is worn loosely.

In Central Asia, the ceremonial gold-decorated gowns (Zarchopon- zar-gold; chopon-robe ) were worn by the emirs. In winter, wealthy men wore chakmon, kebanak (fur coats over a quilted cotton robe). Belts were called belbog. Men's hats were called duppi or qalpoq . The shape of these caps was initially peaked, adapted to be worn under a turban. After the revolution, in the Ferghana Valley and in Tashkent they began to wear Chust type (chust duppi) with a pattern of almonds and pepper. In summer, the rural population preferred to wear a hat of the Kyrgyz type — kalpok. Salla (turban) was made from cotton, half-woolen fabrics. Each social group had its own way of winding turban. The main type of men's shoes in cities and villages were leather galoshi with soft soles. Galoshi stitched from leather were especially appreciated.

In the past, traditional tunics for women were dresses of a tunic-like cut — kuylak and harem pants — Lozim . The dress was ankle-long. Women wore dresses decorated with embroidery of silk cross stitch. After Central Asia was occupied by Russia, dresses with a standing collar appeared, which later began to be decorated with pleated ruffles. Young women, before the birth of their first child, wore dresses with a standing collar called parpar collar . Even if quilted robes were customary to the all the men, Quilted cotton robes were upper women's clothing. Mursak was a religious, funeral-related robe clothing of women. After joining Russian empire, a new uniform began to penetrate into Central Asia (kamzul), dressing gowns with short and narrow sleeves adjacent to the waist, with a turn-down collar. Most often, kamzuls were sewn from bright striped, colored velvet. In the same period, a short sleeveless jacket appeared — nimcha. The woman’s face was concealed by a paranji. One of the components of Uzbek clothes is a square or rectangular shawl. In Samarkand, women stopped wearing a turban in the middle of the XIX century, they started to wear mostly woven flower patterned shawls.

National children's clothing is similar to that of adults. Hats and skullcaps are sometimes still adorned with talismans in the form of a beautiful bunch of eagle owl feathers mounted on the crown.

Ritual clothing is divided into wedding and mourning types. Wedding dresses for women were white dress, white shawl. When moving to the groom’s house, bride’s face was covered with light cloth (Samarkand, Bukhara). On the second day of the wedding, during the “Kelin Salom” ceremony, the daughter-in-law hold a scarf embroidered on the right hand (still exists). The bride’s dowry included from 15 to 20 elegant dresses. Men's wedding suit — a white shirt, trousers, a turban, skullcap. A quilted dressing gown made of local handicraft fabric, a belt made of shawl.

The mourning clothes of Uzbeks are intended mainly for women; men did not have special mourning clothes. If a loved one died in the family, women sewed a dress of blue or black fabric for three days. Under the influence of European clothing, complex cuts appeared: cut-outs of the armholes, shoulder seams, front and back cuts.