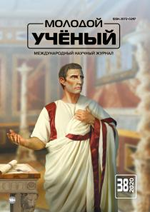 In the years since the discovery of rotaviruses, extensive material has been accumulated concerning various aspects of rotavirus infection. Although individual representatives of this genus of viruses were identified and described in the late 1950s, their systematic study began in 1973 when an Australian professor (Bishop R. et al., 1973), while studying celiac disease and other malabsorption-related conditions during electron microscopy, discovered in ultra-thin slices of duodenal biopsy biopsy in epitheliocytes located on the apical surface of the lintel, a large number of small particles with a structure similar to that of a spoked wheel. Characteristic electron-microscopic structure of the new virus further defined its name — rotavirus (from lat. rota — wheel). Shortly afterwards, a similar virus was detected from coprofiltrates of patients with gastroenteritis in negative drug contrast (Flewett T. et al., 1973).

Subsequent studies have shown that viruses in this group are the main etiological agent in acute gastroenteritis not only in humans but also in other mammals. The association of rotaviruses into a separate genus was first proposed at the IV International Congress of Virologists in 1978. At present, according to the 2012 edition of the International Committee on Taxonomy of Viruses (ICTV), the genus Rotavirus belongs to the subfamily Sedoreovirinae, the family Reoviridae. In Reoviridae family, a subgroup of rheoviruses is distinguished, which includes 3 genera: rheoviruses, orbiviruses and rotaviruses. The genus Rotavirus includes 7 groups of rotaviruses (A-G). Rotaviruses belonging to the same group are capable of exchanging genome fragments during co-infection, which ensures their evolution and the emergence of new species. The causative agent of rotavirus infection is a 65–75nm virus with a spherical shape, a trimetrical structure with left-rotational x-xadric symmetry and a triangulation number T-13. The virion consists of a nucleus that includes a genome represented by an 11-segmentary double-stranded RNA surrounded by three layers of protein shells. The three-layer structure consists of capsid subunits (capsors) located from the inner to the outer capsid and giving the particles a clear wheel shape. This shape is very clear in the family of rheoviruses in general, especially in the family of rotaviruses. The outer capsid consists of short capsomers attached directly to the ends of the inner capsomers. The capsomers form a loosely packed layer. The outer capsid is pierced with 132 holes, directly transferring into the structures of the inner capsid, and has the form of a honeycomb shell. The lumen of the outer capsid is wider than the lumen of the inner capsid and has a diameter of up to 8 nm. The inner capsid is a structure with regularly recurring cracks, and its morphological subunits are trimers of protein VP6.

According to the ultrasound data, the capsomers of the inner capside are triangular in shape and represent a complex of three subunits with holes in the middle. The rotavirus virion also has six non-structural proteins (NSP1-NSP6). The proteins NSP1, NSP2, NSP3, NSP5 and NSP6 are associated with virion RNA and participate in the replication; the protein NSP4 is a transmembrane glycoprotein and participates in the assembly of virions [1].

Rotavirus infection is a highly contagious disease with multiple routes of spread. The source of infection is a person with a manifesto or asymptomatic form of the disease, as well as a virus carrier (Vasilyev B. Ya. et al., 2000). The problem of prophylaxis of rotavirus infection attracts the attention of specialists around the world. Extensive information on the genetic diversity of rotaviruses is now available (Gentsch J. R. et al., 2005; Santos N., Hoshino Y., 2005). The modern classification of group A rotaviruses is developed on the basis of virus antigens VP7 and VP4, on which virus neutralizing antibodies are produced (Gentsch J. R. et al., 1996; Kapikian A. Z., 2001). Among human rotaviruses, 14 P and 10 G genotypes are distinguished (Gentsch J. R. et al., 2005; Santos N., 2005; Mascarenhas J. D. et al., 2007b). There are geographical differences in the prevalence of rotaviruses of different genotypes even within the same country, and their frequency of occurrence changes over time (Steele A. D. et al., 2003). Data on finds of new, epidemiologically significant variants of rotaviruses and a large number of non-typical strains have been published (Gentsch J. R. et al., 2005). In this connection, knowledge of the genetic spectrum of rotaviruses distributed in a particular territory is necessary to assess the effectiveness of already developed vaccines and to develop new ones. The World Alliance for Vaccination and Immunization (GAVI), in collaboration with WHO, the Program for Appropriate Technology in Health (PATH, USA), and the Centers for Disease Control and Prevention (CDC, USA), activated the Rotavirus Vaccination Program in 2003 (http://www.rotavirusvaccine.org). The program has established five regional rotavirus gastroenteritis monitoring networks covering over 40 countries. Russia is not yet part of any of these monitoring networks. Previously, genetic variants of rotaviruses on the European territory of Russia were studied (B. Ya. and others, 2000; N. V. Epifanova and others, 2001; N. A. Novikova and others, 2007; A. Podkolzin, 2007). T. et al., 2007; O. Sagalova. I. et al., 2007). At the same time, no studies of rotavirus infection or molecular-genetic diversity of rotaviruses circulating in Western Siberia have been conducted.

Rotavirus infection (RVI) is widespread in many countries around the world, accounting for about half of all intestinal disorders in children in the first two years of life in developing countries. More than 110 million cases of Rotavirus gastroenteritis are reported worldwide each year, with only 25 million patients seeking treatment, of which 2 million children are hospitalized. The number of deaths from rotavirus infection in recent years has reached 352–611 thousand cases, of which more than 80 % are registered in Asia and Africa. Today, Rotavirus is the most massive intestinal infection in almost all territories of the globe and is a global topical problem. In developed countries rotaviruses cause 30–50 % of all diarrhea causing dehydration and leading to hospitalization. Rotaviruses are associated with 20–50 % of viral diarrhea cases occurring in children's hospitals. According to various researchers, rotavirus is responsible for 40 % of cases of Acute intestinal infection (AII) in children under 14 and 55–60 % of cases of AII in children under 5.

Rotavirus infection is one of those infectious diseases whose etiologically correct diagnosis is possible only after laboratory confirmation. The need to redefine the etiological role of rotaviruses in human infectious pathology has contributed to the development of new diagnostic methods and their introduction into practice. Due to achievements and new actual problems in the field of infectious pathology, some diagnostic methods have lost their importance. The complex of laboratory methods used can be divided into two large groups: methods based on the detection of a virus or its components, as well as methods to identify antibodies to rotaviruses or their antigens.Modern laboratory methods are based on the detection of whole virions, viral antigen, viral specific ribonucleic acid (RNA) in coprofiltrates and specific seroconversion. The material for virological studies is the patient's faeces.

A number of researchers confirm that AII s transferred in childhood are one of the factors of immunological resistance decrease and formation of chronic pathology of gastrointestinal tract, diabetes mellitus development. In the publications of foreign authors the evaluation of seasonal regularities of hospitalizations connected with Kawasaki syndrome and RVI was carried out [Mac Neil, A., et al., 2009], the clinical picture of acute hemorrhagic edema on the background of RVI was described [Di Lernia, V.., et al., 2004], a CNS lesion with meningoencephalitis was confirmed [Dickey, M., et al., 2009], and a relationship between past RVI and type 1 diabetes mellitus development was noted [Honneyman, MC., et al., 2000]. Researchers at the University of Melbourne tested the possible involvement of rotavirus infection in exposing specific lines of mice with a high predisposition to non-diabetes associated with obesity. Rotavirus has been shown to trigger a cascade of processes: dendritic cells activate T-lymphocytes in the immune system that recognize and destroy pancreas island cells [Pane., et al., 2014]. Due to the development of possible complications in rotavirus gastroenteritis, mainly circulatory disorders, acute cardiovascular failure, homeostasis disorders, there are groups of high-risk patients, which include newborns, young children, the elderly, and patients with severe concomitant diseases. Cases of rotavirus with fatal outcome described in the literature more often belong to these groups. With a typical course of the disease, making a diagnosis of rotavirus does not cause difficulties, especially in the conditions of epidemiological rise in morbidity. At the same time, in recent years there has been an increase in the number of mixed infections: rotavirus and bacterial, rotavirus and viral, the specific weight of which in winter is quite large and amounts to 9.3 %. The question of making a diagnosis at the pre-hospital stage is relevant in connection with fundamentally different tactics of managing patients with viral and bacterial infections (the need for prescription of antibacterial drugs for bacterial AII). In addition, due to changes in the clinical picture of the disease in mixed infections, it is difficult to diagnose the disease early and there is a need to differentiate with a number of infectious diseases, primarily those in which the clinical picture of gastroenteritis syndrome is at the forefront. Peculiarities of the RVI clinical picture depending on the genotype of group A rotaviruses were first reflected by Italian researchers [Zuccotti, G., et al., 2010]. Some clinical peculiarities of RVI depending on G/P alleles were studied and presented (Zuccotti, G., et al., 2010). Thus, the duration of diarrhea was shorter for genotype G3 (3 days) than for G1 (5 days) and G9 (5 days). The duration of the diarrhea was due to the severity of gastroenteritis, the percentage of dehydration and the duration of hospitalization were higher in younger children. Dehydration differed between subtypes (p<0.01), but genotypes differed little in severity of dehydration (P>0.287). No significant differences between genotypes P were found for any clinical characteristics [2].