Phraseologization of a numeric code in English 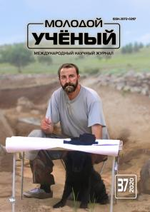 The article analyzes the phraseological units (idioms) expressing the quantity of the English language. Phraseologisms do not denote the exact quantity, they relate only to the values of an indefinite quantity — «a lot», «a little». They reflect the linguistic picture of the world, the views and traditions of the people. Phraseologisms reflecting the numerical code of a nation are a unique tool for quantifying objects and phenomena in a variety of speech situations.

Even Aristotle spoke about the category of quantity along with substance, quality, attitude, place and time as one of the universal linguistic categories [2, p.106]. Indeed, a person surrounded by the material world daily resorts to assessing the presence of certain objects, constantly, without realizing it, asks the questions: «how many?" or «how much?" The category of quantity is reflected in any language. At the same time, the comprehension of the quantitative assessment of objects has its own characteristics in each linguistic system, in general, depends on the worldview of a particular person. In the song of Tatiana Bulanova we hear: “A little is not much, a lot is not a little...”, and in one of the English gospel songs: “Little is much...” (“A little is a lot...”). These expressions emphasize the complexity, cognitiveness of the category of quantity [6, p.385]. It must be said that in recent decades, the cognitive approach to language has become the fundamental direction in linguistics, which has substantiated the anthropocentric orientation of the entire language system. Increasing interest is aroused by the processes occurring not within the language, but the processes of the relationship between language and thinking, language and culture, language and society [7]. In this regard, the human need to express and describe quantitative relations is of particular interest. In each language, a corpus of phraseological units has been formed, reflecting a numerical code. The peculiarity of the phraseological meaning is that these units do not denote the exact amount, but only realize the meaning of «a lot», «little», «complete absence». Reflection of the meaning of an indefinite quantity in phraseological units is due to idiomaticity, which manifests itself in the non-derivability of the meaning of a phraseological unit from the «direct» meanings of its constituent words and its syntactic construction. Thus, a class of phraseological units based on a metaphor is distinguished, which, if used, retain an indirect indication of quantity, being representatives of the general meaning of 'a lot', 'little', 'very much', 'very little', 'indefinite quantity', etc. Moreover, the meanings of phraseological units are always much richer in semantic structure than the lexical meanings of phrases, and therefore with the help of phraseological units the speaker can express his thoughts more vividly and figuratively. Within the framework of this article, phraseological units of the English language are considered, expressing the polar meanings «a lot» — «a little». The research material was 52 phraseological units, selected by continuous sampling from the dictionaries of A. V. Kunin, T. L. Bruskina, L. F. Shitova and other authors.

Vivid examples of rethinking the lexical and grammatical composition of phraseological units, correlated in meaning with the indefinite quantitative words «little», «a little», are expressions with animalistic components «chicken feed» — «like a cat cried», literally «feed for chickens» and «as scarce as hen's teeth "-" very scarce, rare; lit. «Small in number, like a chicken's teeth» [1, p. 86]. Compare synonymous expressions: «next to naught» and «next to nothing» in the meaning of «very little», «almost nothing». The meaning of a small amount is reflected in other phraseological units of the English language, which are also characterized by desemantization of the components: “not enough to swear by”, “nothing to speak of” — “very little”. Of particular interest within the framework of the research are the antonymous biblicalisms “enough and to spare” — “more than enough; more than necessary; enough for the eyes ”and“ (not) one iota ”-“ not a drop ”,“ very little ” [5, p.245]. In the original book of the American writer Pearl S. Buck «Earth» we find the line: «And am I always look like to hind when we have enough and to spare».... A group of numerative phraseological units is widely represented, expressing large and small indefinite quantities. In the novel by Stefan Heim, the expression «a thousand and one» is found. “A lot, a lot, a lot, darkness” (after the title of the collection of Arabic fairy tales “A Thousand and One Nights”): “I'm a very busy woman, very busy, I have athousand, and one things to do. (S. Heym, «The Eyes of Reason») — «I am very busy, beyond measure, I have a thousand things to do»... [5, p. 756]. Examples of numerative phraseological units, which in terms of meaning are correlated with indefinitely quantitative words «little», «a little», are synonymous stable phrases «one or two», «two or three» — «a little, a little». This expression most likely appeared in the 19th century, when many goods, for example, eggs, were sold at one dime for a dozen, and under the influence of inflation acquired a figurative meaning “a dime a dozen”. Thus, the phraseological unit allows not only to convey the meaning of an indefinite amount, but also contains some additional meaning, implying the mediocrity, the prevalence of the object being evaluated, this unit correlates with the Russian stable phrase “worthless” [4, p.55]. In general, the considered numeric phraseological units, correlated with the meanings «a lot», «little», only indicate a rethinking of the names of numerals in the phraseological environment. The components of the expressions «numberless as the sands on the seashore» — «countless as grains of sand on the seashore», «thick as black berries» and «plentiful as blackberries» — «in abundance, more than enough, apparently invisibly» in the structures presented also acquire generalized — quantitative or symbolic meaning. These phraseological units reflect the surrounding reality of a person. In this regard, phraseological units should be noted, in which the relationship of the language and culture of the people is most clearly traced. Compare synonymous expressions of English and Russian, native speakers who are representatives of different social and geographical realities: «there's (or there are) as good fish in the sea (as ever came out of it)" — letters. Phraseologisms «can be counted on the fingers of one hand» — «can be counted on the fingers», «in dribs and drabs», correlate in meaning with an indefinite amount — «little» and is an analogue of the Russian expression «like a cat cried». Thus, the meanings of phraseological units are always richer in semantic structure than the lexical meanings of words and free phrases, allowing the speaker to express his thoughts more accurately even about an indefinite number of surrounding objects. In the English language, there are quite a few phraseological units that express the polar meanings of an indefinite amount of «a lot», «a little». At the same time, phraseological units, being vivid means of consolidating the views and traditions of the people in the linguistic picture of the world, also become unique tools for the quantitative assessment of objects and phenomena in a variety of speech situations.