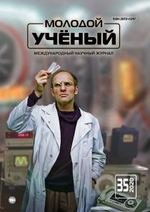 This research paper is made by the collection of data in the oil and gas business and the economy of a country. It also indicates the influence of oil and gas production on the national income of the country. The data also shows how the economy of a country would change in the crisis caused by natural resources. It is proven that in an economic crisis the countries which are economically dependant on oil and gas reserves are most at risk of economic recession. Based on the cases, explained in this research article, some effective methods are offered to reduce the cost of oil and gas extraction and to better apply the taxation on the income of oil and gas companies.

Natural resources play a vital role in the economy of all the countries. Other than oil and gas, natural resources also include gold, uranium, silver and coal. Today countries are opting out to use some of these resources as their extraction and use may cause acceleration in the worsening of the environment. Approximately 80 % of all the energy in the world come from non-renewable energy resources (basically, coal, petroleum, natural gas) [1]. Only 20 % of energy is renewable. To make a point, the consumption rate of these resources (oil and gas) is very high and their influence on the country’s economy is quite enormous.

Countries where fuel accounts for more than 90 % of total exports include Algeria, Azerbaijan, Brunei, Darussalam, Iraq, Kuwait, Libya, Sudan and Venezuela. Below is shown a graph with the full list of countries which are most dependant on oil and gas exports.

Fig. 1. Countries by index of dependence on oil and gas resources

There are several organisations of oil producers in the world. Among them, the most prominent one is OPEC. It includes 13 countries (Saudi Arabia, Iran, Indonesia, Venezuela, Iraq, Nigeria, Libya, UAE, Algeria, Ecuador, Kuwait, Angola and Gabon. They each extract oil at a different rate and their income differs very much. According to the analysis of the US Energy Information Administration OPEC countries collectively earned about $711billion in net oil export revenue in 2018. And that is 32 %increase from their income from the previous year. Saudi Arabia alone accounted for $237 billion in 2018, which represents one-third of total revenues of OPEC countries. In 2019, net income of OPEC decreased to $604 billion.

Now, as we have seen the biggest oil producer, let’s compare its revenue from oil to its total revenue per year.

Oil revenue/GDP= 237/779= 30.4 % This formula indicates revenue percentage of only oil, if we calculate other resources and add them up, the percentage hits 40 %.

After 2007–2008 financial crisis economies of all the countries caught up their speed. But at the beginning of 2020 we have witnessed another economic crisis where oil prices went negative because of the influence of COVID-19. Russia believed that epidemic would turn to pandemic hitting all the economies in the world, so it decided to not obey the rules issued by the OPEC. As it increased oil production, the price of oil went down, to the point that it even became negative (when companies don’t have any means to keep its oil reserves, this negative case may take place). Many American companies went bankrupt as they couldn’t support performing while the prices are zero or below that. Thus, we can make a conclusion that oil companies in the developed countries cannot resist financial crisis caused by natural resources. What about the companies in the developing, or the third-world countries? If we look at Russian companies, the oil extraction tools are cheaper, workers’ salaries are lower, thus making it possible for Russian oil companies to even outperform in a such economic crisis.

Taken recent example of economic crisis caused by COVID-19, Russia quit obeying OPEC+ rules. After oil prices fell so deep, many oil companies closed down or reduced its production several times the amount than it was before the crisis. The fall in oil prices is caused by Russia’s decision, but Russian Government also lost in this war to some extent. Ruble (Russian currency) lost its value against USD, GBP and euro.

This outcome also seems positive because devaluation of the currency is useful for the export. Russians let the ruble value fall as it would make oil export comparably more profitable. The domestic economy benefits from currency devaluation. For example, you are an exporter and you want to sell a product in a country where its currency is strong. As yours is weak, statistically you spent less money for that product in your country than ours do in theirs. The product that you export is cheaper in another country that gives you a competitive advantage to export more profitably. This is what the Russian Government is doing. Ruble is weaker than dollar, euro, or British pounds, so if Russians devaluate their currency to export oil will be useful for them. At the same time, devaluation of Russian currency is less profitable for imports. What works for exports in a positive direction, works for imports in a negative direction. As other countries are spending more money for a product (in this case oil), they would not survive in a competitively cheaper environment that Russia has. So Russian import rate would decrease.

What this devaluation leads to is most of the time positive. It leads to the decrease of trade deficit.

This method of devaluation of currency can be useful for many nations, however big leading economies like the US, the EU and the UK cannot voluntarily change to their devaluation. In such economies, devaluation may cause volatility of the currency and further recession, as these nations consist of several different separately operating economies (for example different countries with different economies in the EU). Additionally, their economies are not dependent on oil production to a very great extent, consequently they would not suffer as much as Venezuela for example in a financial crisis caused by natural resources.

Additionally, we would like to propose some methods which help companies avoid their expenses in oil and gas extraction processes.

The US government allowed using hydraulic liquid and hydraulic fracturing methods. Hydraulic fracturing includes pumping special liquid (95 % water, 5 % other chemicals) into the well. This process increases the flow of oil to the ground. This method is very effective and can increase the productivity as much as 50 % to 100 % depending on the depth of the well where oil is being extracted. But several countries are not using this method as it causes disaster to the nature and people. This process may be dangerous if a well is close by the city or urban place the liquid could flow to the reservoir and poison people and animals around there. Although this liquid is re-usable and can be pumped in and out, the liquid could escape from the well and spread.

The US and other developed countries are so urban and this technique might seem dangerous. However, a country with a very vast territory could benefit from this method. Russia does not allow this method. This research paper aims to propose that taking into account where the well is located (dessert, uninhabited , urban, centre), this method of hydraulic fracturing should be allowed.

Drawing a conclusion based on the research carried out, it is plausible to say that the oil and gas economy plays a crucial role for the development of every country. Crises caused by resources like oil and gas can be avoided or be compensated if countries (companies) reduce their spending on the extraction and transportation processes. In the following research articles, the author aims to discuss and analyse the ways where oil spills expenditure can be saved or minimised.