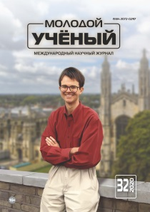 In this article, the author compares English and Spanish diphthong systems, applying both diachronic and synchronic approaches. The results of the comparative analysis could be of considerable practical value to language teaching methodology and translation studies.

– Two letter combinations were used to convey [īō]. These were io and ío. They could be found in Nothumbrian Old English, i.e. līōde : people, dīōr : a beast.

As a result of vowel breaking, new short diphthongs were formed:

Middle English saw significant changes to its pronunciation. New phonemes were added. The main feature of new diphthongs was [u] and [i] sounds at the end. This is how those diphthongs appeared:

1) The velar fricative [γ] transformed into [w], later into [u] which merged with other vowels and formed diphthongs [au] (draʒan -> drawen) and [ou] (āʒen -> owen).

The system of diphthongs continued changing in Modern English. Some diphthongs were formed as a result of the Great Vowel Shift that took place primarily between 1400 and 1700. Let me provide some examples.

– Modern English [ai] appeared in the 15th — 16th centuries. It was formed as a result of the development of a diphthong [ei], which morphed from [ij]; the latter came from Old English [ī].

– The 15th century [x’] fell out of the system of English consonants. It was preceded by [i], later [ai]. Therefore, gh is not pronounced in such words as night, fight, fright, etc.

– Modern English [au] appeared in the second part of the 15th century. It was transformed from [ou], earlier [uų], which came from [ū].

– ago was formed from agoon, earlier aʒān.

– close was transformed from closen.

Now, turning to the Spanish language, I would like to give you a general overview of the system of base Latin diphthongs. It was presented by three phonemes [ae], [oe] and [au]. The first two phonemes morphed into [ę]. The latter transformed into [ọ]. However, in the Pyrenees monophthongs were transforming into diphthongs, i.e. o -> ue, e -> ie. This process marks the beginning of the development of the Spanish phoneme system, which, unlike base Latin, does not distinguish long and short vowels.

According to Ramón Menéndez Pidal, one of the leading Spanish linguists, [ie] was formed from [ẹę] or [ęi] under the influence of [j], i.e. peine. Ue (puerta) was transformed from ŏ in the same vein, i.e. puerta. However, in some cases, base Latin ue morphed into Spanish o, i.e. uesso — osso. In some instances, base Latin diphthongs starting with i were transformed into ñ + a monophthong, i.e. vinia -> viña or a fricative interdental consonant + a monophthong, i.e. lancia -> lanza.

Some Spanish diphthongs were formed as a result of a vowel dropping, e.g. maiorinu -> mayrinu -> merino.

All things considered, let us define isomorphic and allomorphic features of these two cognate languages.

The isomorphic features found in the research:

– In both languages, two main vowels that form most diphthongs are [u] and [i].

– In both languages, the diphthongs with the [i] sound were formed under the influence of the [j] sound.

– Both languages used to have fewer diphthongs in early stages of language development than now.

The allomorphic features found in the research:

– Apart from [i] and [o], [ə] also forms diphthongs in Modern English. [ə] does not exist in Spanish; thus, it cannot form a diphthong.

– Unlike Spanish, [ʒ], [γ] and [r] formed diphthongs in Old and Middle English.

– Short vowels in base Latin transformed into Spanish diphthongs, while English diphthongs were formed from long vowels of Old and Middle English.