Why is Shakespeare still studied? Based on The Taming of the Shrew | Статья в журнале «Молодой ученый»

Why is Shakespeare still studied? Based on The Taming of the Shrew 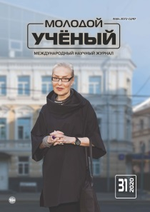 Once Franklin Delano Roosevelt stated the following: “Books cannot be killed by fire. People die, but books never die.” This article aims to determine the reasons why this quote is applicable to the masterpiece of the Elizabethan epoch “The Taming of the Shrew” by William Shakespeare. Why does this play remain relevant for modern readers despite being written more than four centuries ago?

To prove that The Taming of the Shrew is a valuable play for readers of our century, I am going to draw the parallels between the conflicts shown in the play and the ones that we encounter nowadays.

“The Taming of the Shrew” is a typical Shakespearean play that focuses principally on the romantic relationships between men and women as they develop from initial interest into marriage. However, it is one of the very few plays that does not finish with a wedding. Rather, it sheds the light on the future lives of married couples and unlike other plays, it emphasises on an economic benefit of the marriage. On the one hand, the marriage is always negotiated between the future husband and the father of the future wife. No matter how hard Lucentio and Bianca loved each other, Lucentio had to convince Baptista, Bianca’s father, that he is affluent. If Hortensio had offered more money, he would have married Bianca. On the other hand, one of the main reasons that Petruchio decided to marry Katherine is her father’s wealth. Petruchio's intention of finding a wealthy wife with any drawback is well illustrated in his dialogue with Hortensio in Act 1 Scene 2.

However, it is not as easy as it could seem, since William Shakespeare makes his readers realise that what a person is really like is more important than how they appear to be. When we first meet Petruchio we consider him as a self-serving person who is only after money, not love at all. But when he meets Katherine he falls in love with her. Petruchio’s harsh treatment to Katherine is explained by his willingness to make her fall in love with him. Petruchio and Katherine end up truly loving and caring for each other. At first, Kate appears rude and frightening to all of the characters, even her father is scared of her temper, and begs anyone to marry her. Yet the last scene shows that she has a mistaken identity — she is the only wife to come when called while the other wives only make up excuses.

William Shakespeare also conceals the true identity of Bianca, Kate’s younger sister, who is perceived as sweet, gentle and dedicated to studies. But once she got married, she becomes apathetic and disobedient, like her sister Katherine used to be.

In our modern society, we often encounter the problem of mistaken identity. Nowadays, as well as 400 years ago, people are deceived by appearance and first impressions. That is only one reason why “The Taming of the Shrew” inspires all its readers and, what is more important, gives a great opportunity to think more about people’s true identity.

Returning to the problem of marriage described in the play, at first it seems that it depicts a typical view of the 16th century that women were simply to be traded from a father to a suitor. But this play, being a romantic comedy, also presents an alternative view of marriage. When Kate’s younger sister Bianca runs away with Lucentio to get married, she does so because she believes she has found her true love and does not want her father to tell her who she can and cannot marry. The Taming of the Shrew also offers plenty of commentary about married life in 16th century England. It shows two types of relations between husband and wife. The first one meets a common objective of a bachelor of the 16th century to get married to an obedient wife with a big dowry who will follow commands and guidelines about women’s proper behaviour. The marriage of Petruchio and Katherine shows this kind of relations, while Lucentio and Bianca present another type of family relations not typical for that time since Lucentio’s main aim was to find a modest and nice wife not necessarily as obedient as Katherine became by the end of the play. Even though The Taming of the Shrew was written in the 16th century, the play’s theme of marriage is applicable for the 21st century, since nowadays marriage for money or secret marriage do exist as well as two opposing types of relations between genders presented in the play. This, as well as the thrilling and complicated plot of The Taming of the Shrew with lots of disguises, makes people read and analyse it more and more.

Gender roles, which are one of the most controversial topics nowadays, are also presented in two different ways in the play. At first, it might seem that both Petruchio and Katherine conform to the standards of a good spouse of the 16th century, as Petruchio teaches Kate to follow her gender roles. However, as the play develops W. Shakespeare breaks the gender stereotype. This could be seen in the speech of Katherine at the end of the play where she asserts herself in a male-dominated place. This uncommon (for the Elizabethan epoch) interpretation of gender roles introduced in this play entices its readers and enhances their interest not only to Shakespearean romantic comedies but also to the problem of gender roles.

All in all, taking into consideration everything mentioned before in the article, it is not a coincidence that Shakespearean plays which truly impress all its readers since the 16th century become a basis for different films and books of the 20th and 21st centuries. This is because the topics of mistaken identity, marriage for economic benefit, gender roles, etc. which are interestingly linked with each other in the plot are eternal.