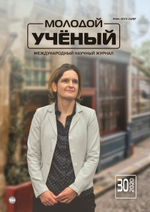 In this article, the author proves the importance of musical motifs in Death of a Salesman by taking a closer look at scenes where Arthur Miller uses music instead of words and discerning as well as unfolding their meaning.

Once a German poet, writer and literary critic Christian Johann Heinrich Heine stated the following: “Where words leave off, music begins.” I recall no other quote that fits better this poignant and profound play about thwarted aspirations and disillusionment of a salesman.

At first sight Death of a Salesman is an uncomplicated dramatic play. However, a closer consideration of nonverbal expressions and the role of music in this play makes it rather thought-provoking and ambiguous. But what are the main aims of music scenes in the play? Firstly, the author implements music to create a subliminal effect on the audience. To be more concrete, music brings vivid and vibrant images to people’s minds. Secondly, music helps to express the emotional state of the characters better than words. Last but not least, musical motifs foreground most of the play’s discords and dualities.

The play starts with the melody of the flute. Its first ‘small and fine’ notes represent nature: trees, grass and the horizon. This is when Willy Loman, the main character, firstly appears to us. As the plot develops, we learn that Willy and his oldest son Biff are emotionally attached to nature. Willy Loman lives in the house surrounded by the towering apartment buildings. Thus, it is rather difficult for him to enjoy some of his favourite leisure activities, such as staring at the stars or growing a garden in the back yard. Willy yearns to follow his brother Ben's trail and search for diamonds in Alaska or go into the wilderness of Africa. He would also enjoy moving to the rural frontier and making a living by building wooden flutes and selling them, as his father did. However, Willy does not do anything to dedicate his life to what he is fond of. Besides, he is lacking the courage to head out into nature and try his fortune. Hence, he chooses to stay in the urban world and throw in his lot with the business environment and sales in order to become rich and successful. These first notes also reveal the complicated nature of Willy who confuses reality and illusion.

As the play develops, we learn about Willy’s and Ben’s father who was a flute-maker. While Ben, Willy’s older brother, dwells on his father’s biography, new music is heard, ‘a high, rollicking tune’. Miller deliberately introduces another tune, as it perfectly fits the character of an adventurous salesman. The nostalgic, high and rollicking tune stands for contradictory values of Willy and his father. This tune takes Willy to his childhood, reminding him of his father who had abandoned his family when Willy was young. Despite this Willy always wished to be as free as his father. He wished he could achieve his goals of success and fulfil his dreams just like his father did.

Another tragic melody that represents Willy's disillusionment is Ben's 'idyllic' tune. Let us take a look at scenes where it sounds. Ben's music firstly sounds when Willy shows his incapability to follow his American Dream and becomes completely unsure about his path to success. The second time the music sounds after Willy gets fired, proceeding Willy’s suicidal tendencies. When Ben supports his younger brother’s suicidal thoughts for the sake of his family’s financial stability, the tune is heard for the last time. Willy Loman ends up abandoning his family by committing suicide, as his father did many years ago. Ben’s idyllic melody bears a resemblance to the one of his father and definitely contributes a lot to his increasing disenchantment with life. These two melodies are juxtaposed to ‘small and fine’ notes representing nature that brings pleasure to the main character. But the latter tune is not the only one that shows Willy’s connection with nature.

The sound of whistling is one that pleases Willy’s son Biff. It unfolds his bond to nature rather than business. Most people associate whistling with a distraction during the working process. Biff, Willy’s oldest son, likes whistling, while Happy, Willy’s youngest son, does not understand it and says that whistling is a sign of irresponsibility in one of the scenes. In this way, on the one hand, Happy stifles his brother’s true feelings, but on the other hand, he tries to explain to Biff that success is attainable to anyone who works hard and does not forfeit his desires or objectives. From this, we learn that Happy shares most of his father’s principles about working hard, reaching success and pursuing happiness. We also hear whistling later in the second Act when Willy asks Howard Wagner, his former boss, for an advance. Just before it, Howard plays a recording of himself whistling. In this scene, Willy feels completely muddled. Howard is a successful man whistling on the recording, which refutes Willy’s idea that whistling is considered to be a distraction, a sign of irresponsibility and disapproved by successful businessmen. Analysing this scene two main conclusions could be made. Firstly, the sound of whistling reiterates how disillusioned and ‘blind’ to the truth Willy is. Secondly, Howard was trying to prove Willy that success is not the root to a happy life, but rather what he personally admires, nature.

The play also focuses on the topic of infidelity in marriage. ‘Raw and sensuous music’ is introduced when the Woman appears on stage. This tune stands for a sexual desire of Willy which is always in conflict with his desire to work harder and become successful. The Woman, with whom Willy has an affair, feeds Willy's ego by showing her affection. For this reason, Willy is proud of selling himself to her, though later regrets it. Willy Loman fails to see that his love, not material items, is paramount to Linda. Raw and sensuous music is also heard during the conversation between Willy and Biff when Willy warns his son against making false promises to girls and suggests him being careful with ‘those girls’. It is noteworthy to mention that when Biff, who used to idealise his father, discovers that he had an affair with another woman, it completely ruins their relationships.

There is also 'gay and bright' music, opening the second Act. This melody is associated with Willy's sons. The protagonist hears it when he remembers his relationships with his sons before his infidelity was exposed. Thus, we can hear it in the conversation between Ben and Willy when Willy asks Ben how to return to those great times. The first time we hear the boys' melody is when Willy tells Ben that his sons will be richer and thus happier in Brooklyn. Taking into account these scenes, we may conclude that the boys' tune stands for Willy’s illusion of materialistic success that brings happiness.

Now, I would like to provide a general overview of the role of the flute in the play. The play begins and ends with the melody of a flute. We hear the flute every time Willy Loman starts dreaming or goes deeper into his imagination. When Willy ‘breaks off in amazement and fright’, the flute sounds in the distance. In both cases, the author uses the flute to show that Willy's is suffering from the sickness of the mind. Arthur Miller draws readers’ attention to the fact that Willy Loman hears the flute but is not aware of it. Hence, we may make the following observation: disturbance within the mind of the main character deters him from hearing the flute. To be more exact, Willy does hear the flute, but he is not aware of it at all. When the flute stops playing, Willy feels a little numb. This is because the flute is part and parcel of his character. Every time Willy appears the flute is with him. Even when Willy Loman dies, we may still hear the flute in the distance. The flute continues to play when Willy had already passed away. As his family leaves and now deceased Willy Loman is left alone, the flute is being heard at the background until the curtains fall.

It is worth considering how musical themes change at the end of the play. When Willy is struggling with his inner voices, we hear 'faint and high' music intensifying 'to an unbearable scream' when he rushes off in the car. The clamorous and tragic music becomes softer when Willy Loman dies, showing the end of his path to success. The play ends with 'small and fine' music, as at the beginning. But why does the author implement this motif here? Arthur Miller wants to reiterate the idea of finding one's happiness in following one's true identity.

All in all, taking into consideration everything mentioned before in the article, I came to the following conclusion: Arthur Miller did a precise job of structuring the play using musical images. The sounds perfectly complete them, at the same time support the main ideas of illusion and reality, betrayal and abandoning, success and true happiness the author focuses on in his play.

During the half century, the United States went through some of the greatest changes in its history. In the middle of the 19 th century it was still mainly a country of farmers.

During the half century, the United States went through some of the greatest changes in its history. In the middle of the 19 th century it was still mainly a country of farmers.