Use of homophones and homoforms in the work of T. Jumamuratov 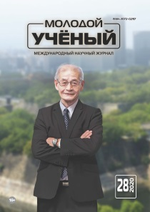 The richness of the language can be found in its vocabulary. Each language has its own internal structure, through them the new units of language are created. We can see this in the work of poets and writers. We devoted our article to the lexical and semantic differences of homographs and homophones and phonetic structure used in the work of T. Jumamuratov. Homographs and homophones, which have become the artistic decoration of poetic works, have been used correctly in the structure of poetry, in the clear expression of thought.

Language is closely related not only to the performance of the means of communication, but also to the thinking and consciousness of the person. Every nation receives knowledge of the world through language, sees the environment surrounded us in a national way. The thoughts and opinions of the person around us are expressed through language. Through this language, the thought that is ready in our minds came out and is passed on to the other person, to the society.

Our President Sh. Mirziyoyev said about the expensive services of our native language: “Our ancestors spoke their word to the world through our mother tongue. They have created great cultural samples, great scientific discoveries, works of art in this language” [1]. Indeed, through artistic literature, one can make a significant contribution to the spiritual maturity, deep thinking, enrichment of the spiritual world and, most importantly, to the development of man as a perfect human being. One of such valuable treasures is the work of T. Jumamuratov, an outstanding poet of Karakalpak literature. Until now, we have analyzed and studied the work of T.Jumamuratov from a literary point of view. Many scholars, critics and writers have expressed their valuable views on the creativity of the poet. One of them, Q.Sultanov said in his memories: «Even if a scientist, a linguist, a writer says that he has mastered the Karakalpak language very deeply, it is impossible to know it as T. Jumamuraov knows. He said that it should be noted specifically» [2;4].

One of the main tasks of Karakalpak linguistics is to study the works of these popular artists from a linguistic point of view. So that, we focus on the differences in the use of homoforms and homophones, which enrich the language of T. Jumamuratov's work and give them a unusual beauty.

Polysemy plays a key role in conveying the infinity of our language, our thoughts to the listener, depending on the conditions of speech, the content and purpose of speech. It is known that the word first appears in one meaning. In people's experience of using language in everyday life, their synonymous meanings arise from the paraphrasing of words on the basis of some similarity between the term of one subject and another subject.

In the Karakalpak language, there are words that are pronounced the same, but written differently, or even if they are written the same, they are pronounced differently. For example, these words pronunced in the same way: azshılıq-ashshılıq (less — bitter), jaza aladı-jazaladı (able to write — punish). Although these words are written in the same way, they have different meanings based on the stress: alma (apple) (noun), alma (don`t take) (verb), terme (folk poem) (noun), terme (don`t gather) (verb) [3;43].

The phonetic structure and pronunciation are the same, but the words that express completely different meanings in terms of meaning have emerged as a result of the homonymous phenomenon. There are many types of words that appear on the basis of homonymous phenomenon. They consist of pure homonyms, homoforms, homophones and homographs [4;20]. We are going to talk about homographs, which enrich the language of T. Jumamuratov's works and give them a new beauty. Homographs are made up of words that are pronounced differently depending on the place of stress, even though they are written in the same way [3;43]. For example: Bir kóriwden ashıq boldım ózińe, Júregimdi shırmap aldıń sen meniń (Qız súygen jigit); Qalay maqtamasın onı, Ashıwlanbas qızbas joni, Ashıq minez, kishi peyil, Tek kishilew xızmet ornı (Allamurat álpayım);

We can also see homographs in the examples above. In the first example, sır+ǵa(secret) this word is a noun and with the help of suffixes its outward vision made up homograph, in the second example the word sırǵa(earrring) is a root word, its second sylable is stressed and by this way it indicates jewelry.

Based on rhyme in the poem of T. Jumamuratov, we create homophones in the word games of poetic mastery. Homophones are words that have the same pronunciation but different meanings and are written in the different way [3;43]. We come across such words in literary literature, in word games. For example, J. Jumamurtov skillfully used homophones in his works, which are as follows: Tatıw turmıs elge abat keltirer, Daw-tartıstıń izi apat keltirer , Jaqsı juptı ómirińnıń quwatı , Aqmaq tili menen sabap óltirer (Tek sulıwlıq mázi bettıń boyawı).

In this work of the poet we can see that the homophones abat-apat (prosperity-disaster) are written in the different way, but they are pronounced in the same way. Because b sound in the word abat can be replaced with unvoiced sound p in the word apat , by this way their meanings can differ from one another.

In the first example, sound z in the word qız can be a pair with a sound s in the word qıs , they are pronounced in the same way, but in the written form they are different and by this way they make up homophones.

In such poetic compositions, we can see that in the production of homophones, mostly consonants are pronounced in the same way, but in the written form, each vowel is used in pairs.

To sum up, the study of the language of poetic works, a special study of the lexical and semantic differences of the words used in the work, the use of lexical tools of the language — this is a skill that is important to each master of artistic expression. In this regard, the mastery of the authors in the use of language tools has influenced the development of our literary language.

In our article we have tried to analyze the homophonic and homographic words in the works of the poet T. Jumamuratov, as well as their production methods and services. Deep and broad scientific concepts in linguistics have been developed on the theoretical problems of homophones and homographs, the peculiarities of their application. In Tilewbergen Jumamuratov's works, the homograph and homophone words are full of unsolved mysteries and problems that require extensive research. It is important to study the structure of the word and determine what parts it consists of.