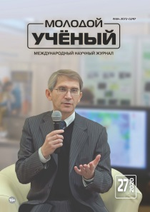 The article is dedicated to the description of influence of some factors on XIX century Siberian aborigines’ morbidity. The main illnesses that hit the native population in this period are listed. The historical descriptive method is applied.

In Siberia, from antiquity to the end of the 19th century, there were several factors that influenced the size of the indigenous population. According to the level of the mortality of the aboriginals, various epidemies could compare with wars. It is generally accepted that most diseases were brought by Russian people. It is often pointed out as an example of the negative effects of the inclusion of the region into Russia. However, even medieval sources recorded epidemics of almost all the main diseases in nomads, for example, in southern Siberia. It must be assumed that at the time of the arrival of Russians to Siberia most people were familiar with the epidemic diseases. The only disease brought by the Russian people was unknown here before syphilis that came, apparently, from America [3].

Epidemics have affected the welfare of many areas. For example, in one of the governor's reports for the 1850s “smallpox raging in Turukhansky Krai” was named among the main reasons for the low taxes from the local population, “because it settled aborigines in unknown places” [1, p. 12].

But often the diseases themselves were due to specific conditions of life of the peoples of Siberia. Among these reasons is unsanitary life. According to most commentators, unsanitary living conditions of the aboriginal people were the main cause of the spread of syphilis, smallpox, typhoid, dysentery, rheumatism, eye and skin diseases in their environment. “Amazing impurities and untidiness in living quarters, a lot of marsh miasms develop fevers and typhoid in the summer, and severe respiratory diseases and fever in severe frosts. But the main evil of the population is smallpox and syphilis, — this is how the life of Mansi was described by the author of an article published in the “Siberian Leaf”. During epidemics of typhus, dysentery the ill people were almost in every home of aborigines, the accommodations were generally cold and dirty [4, p. 130].

In another source lack of immunity to epidemic diseases, ignorance of elementary methods of prevention and treatment, low sanitary level called as sharp reduction factors of the indigenous population number [2, p. 104].

Some scholars emphasize that the morbidity of aboriginal people was seriously affected by population density in a given region. For example, the problem of the occurrence of epidemic diseases and the size of the victims is directly related to the crowding of the population, the intensification of communication of the local population with the newcomers. There is no serious evidence to suggest that the health of the indigenous population of the Ob North was in some very poor condition. It was usual for its time. Bielavski said about smallpox as a major issue for health, characteristic for Ostyaks and Samoyeds of Obdorsk parish. Problems occur after the economic development of the area begins, and population number significantly grows. In any case, we should differentiate our ideas about the spread of diseases among the indigenous population.

The dependence of the morbidity on lifestyle has been noticed by contemporaries. In a report for 1892, the Obdorsk detour doctor I. Zalmunin wrote that nomadic aborigines are in a better position than settled ones. There was an opinion that syphilis among the aborigines is «an evil introduced long ago and progressed among aborigines of a sedentary lifestyle, nomadic Samoyeds had little contacts with Russians and in this respect have survived much more than Ostyaks». According to F. Belyavsky, the first syphilis epidemic in the North was recorded in 1816/1817. It was provoked by «Cossacks and merchants who flood this country for trade». Epidemic «return fever» in 1885 began from the sands of merchant Bronnikov. It is noteworthy that the epidemic waves were noticed in 1850s and in 1880s which clearly correlates with the growth of the influx of permanent and temporary population from other regions of the province, Siberia and the North of Russia [5, p. 137–138].

There are other examples of the different spread of diseases in different regions of Siberia. For example, in spite of the numerous cases of fixing in Turukhansk Territory of dangerous diseases, some of them still bypassed the area round. So, among the local population there were no cases of mass diseases such as syphilis and leprosy, which affected the native population of Kamchatka, Srednekolymsky, Zashiversk, Narym and Berezovsky districts [1, p. 12].

Despite the fact that qualified medical care has long been unavailable to the general population, gradually, both in the center of the country and in the localities, health authorities are being created. So, in accordance with the state policy in the field of treatment of “contagious” diseases, the authorities of the Yenisei province, which Turukhansky Krai had belonged to since 1822, properly monitored the fight against the syphilis [1, p. 12].

But the need for a doctor also depended on population density. For example, observations of documents allow us to conclude that the urgent need for a “doctor” in the north of the Tobolsk province, alleged by researchers, was actually not so extreme. In March of 1892, the Obdorsk doctor I. Zalmunin was sent to the extreme southeast of the province in Tyukalinsky district to combat the epidemic of typhoid fever. He returned only at the beginning of June. Thus, in the most problematic time in terms of the morbidity Obdorsk remained without a doctor. Moreover, in the autumn of the same year they wanted to dispatch him to the south, now in Yalutorovsk district, or in Beryozovo to serve as the district doctor. In summer, the main concern of the doctor was fishing sands, where seasonal workers concentrated in a significant amount. The round-trip doctor was obliged to observe the sanitary state of the crafts [5, p. 138].

Based on the foregoing, we can draw the following conclusions. In the first, the majority of epidemic diseases was familiar to the aborigines of Siberia before the arrival of Russian in this region. In the second, epidemics affected the economic situation of aboriginal people. In the third, the living conditions of the indigenous population also influenced the epidemiological situation. In the fourth, the morbidity was determined by a number of more complex reasons, the population density in a particular area is among them.