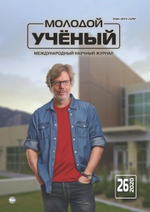 The article deals with the issues based on analyzing the usage economic terms in the process of marketing. We analyzed scientists works on terms and defined them in the article.

In economic studies, one can come across terms that have a multi-valued interpretation and not so much reveal the phenomenon as they raise additional questions. Regret is often expressed that the difference between the terminology of an economist and the terminology of an ordinary person causes confusion regarding the nature of many economic phenomena in economic science and prevents communication with the uninitiated. So, for example, the same term (or economic category) is used to describe a process and its fixed state. But, since there is the beginning of a process and its development in time, it means that its developed form must also exist, which is different from the initial state. In addition, the process is aimed at achieving some kind of ultimate goal. This means that the process and the final fixed state must have different terminological definitions. Definitions of the term and terminology are key in science; The term provides accuracy, clarity and understanding of scientific thought. However, despite the most important place of these concepts in the system of scientific knowledge and a large number of studies, there is still no consensus on a number of fundamental questions of terminology: for example, there is no universally recognized definition of a term, discussions are ongoing about the requirements for the term, its grammatical expression, not resolved the issue of the place of terminology in the composition of the language, etc.

In this paper, we will examine existing opinions about the place of the term in the composition of the language, determine its most important features, and on this basis we will try to define this concept.

Terminology is part of a special vocabulary, which includes words and phrases that name objects and concepts of various areas of professional activity of a person and are not commonly used. A comprehensive study of special vocabulary as the main component of the language for special purposes begins in the XX century. Terminology as an important part of special vocabulary has been actively studied since the beginning of the 20th century. It becomes obvious that this is a special area of ​​vocabulary, a system organized by its own laws and requiring its own methods and techniques of study. However, to date, in scientific discussions there is not always a distinction between the process and the state relating to any economic phenomena. Economic terms, like any other special terminology, it is important to be able to translate correctly. In such cases, you should not take the first available value from the usual English-Uzbek dictionary. An example is the competition process. In the process of perfect competition, each market entity does the same as any other, where it is completely pointless to try to achieve something better than what others do. J. Schumpeter considered competition as a process of “creative destruction» [3, p. 128].

Terms are dealt not only with linguistics and terminology, but also with philosophy, logic, psychology, sociology and other sciences, and each science identifies different aspects of the term. Some scholars believe that terminology as a science appeared at the junction of a number of sciences: computer science, philosophy, logic, linguistics and other subject sciences (physics, chemistry, etc.). Therefore, along with the linguistic approach to the definition of the term, there are several others, for example, the philosophical and epistemological approach and the logical approach. The philosophical and epistemological definition emphasizes that with the help of terms in a material form the results of knowledge in special fields of knowledge are fixed. But along with the function of fixing knowledge, the terms also fulfill the function of discovering new knowledge. In all logical definitions of the term, its connection with the concept is put forward in the first place. The term refers to a concept. There are terms that have a very broad meaning — these are the terms of categories («space», «time», «movement»). Nearby, there are more semantically narrower terms, i.e. having a more specific meaning, the concepts of certain areas of knowledge, i.e. concepts. The third class consists of narrowly industry terms (wing (automobile), roof (buildings)). That is, with the help of logic, one can designate wider, narrower and very narrow concepts. Semiotics deals with the terms. Semiotics is a scientific discipline that studies the general properties of sign systems and sign situations. Terms in the terminological system through a system of concepts create a model of a fragment of objective reality, necessary in the process of cognition. The definition of the semiotic aspects of the term should emphasize that the term is a sign-designation used as an element of the sign model of a certain special field of knowledge or activity. This definition contrasts the terms with other lexical elements of the natural language — non-terms — and the lexical elements of artificial languages. Any sign should have three categorical characteristics: it should be abstract (i.e., it should not be directly related to a specific object in extralinguistic reality); conditional (the connection between the plan of expression and the plan of content is carried out by establishing between people); single (must denote a unique concept that is different from all others). At the same time, both the model of perfect competition and the model of monopolistic competition suffer from the disadvantage that, being equilibrium models, they represent situations in which, as it is assumed, the results of the corresponding processes are already achieved. The work of F. Hayek confirmed in theory a clear distinction between competition as a process and competition as a situation that appears as a result of a process [2].

Under certain conditions, perfect competition can develop into its imperfect form, the apotheosis of which is monopoly. In other words, we see how the development of the process develops into a new state, which, in turn, has a new quality, fixed terminologically.

In recent decades, the world economy has undergone complex processes of rapprochement and interpenetration of national economies of several countries, aimed at creating a single economic space called the international economic integration. It permeates the most diverse aspects of the economic and political life of integrating countries.

M. Ya. Bloch considers the term that word, “... the meaning of which forms a concept in the indicated sense, i.e. is professionally defined.” [2]

Thus, the essence of the definition of the term by different scientists is reduced to its special professional use.

As indicated in the linguistic educational and scientific literature, the term should have such features as systematic nature, the presence of a definition, the desire for monosemantism, the lack of expression, and stylistic neutrality. However, a number of properties of the terms (monosemicism, homonymy, synonymy) are undergoing scientific discussions. Among the scholars who advocate the uniqueness of the term are A. A. Reformatsky, E. M. Galkina-Fedoruk, L. O. Kazanchyan et al. The accuracy, uniqueness and definition of a term makes it understandable outside the context. Most terminologists (Grinev S. V., Lote D. S. et al.) Speak of the polysemy of the term. Terms, being part of the lexicon, and, accordingly, obeying the general requirements of its functioning, are represented in contexts. Many scientists [3, 20, 18] point to the need to study the specifics of the functioning of terms precisely in their interaction with surrounding words, in a whole context, which, according to Pronina R. F., makes it possible to understand whether the terminological meaning of the word has been updated, in which of the meanings the ambiguous term is used. Researcher Volodina M. N. [2] talks about the manifestation of the socio-communicative parameter of cognition in the term along with representative-cognitive.

The term exposure (risk, exposure, coverage, coverage) is ambiguous. It can be translated depending on the context with the following options: influence, level of insecurity, risks. In our context, a contextual substitution is observed, accompanied by a change in the form of the word (number) «investments».

Thus, it is necessary to take into account the fact that the term functions in the text, and therefore, when translating the English economic term into Uzbek, it is necessary to refer to specialized dictionaries, and also to take into account the role of context and correctly apply translation techniques. A particular problem is the translation of multicomponent terminological phrases; therefore, the development of exercises aimed at teaching their translation requires special attention.

Practical techniques for cultural-based language teaching in the...

This article presents the observational data on practical methods and techniques of teaching culture in the ESL and EFL classrooms. Every language is a part of culture. Awareness of FL culture should be...

Practical techniques for cultural-based language teaching in the...

This article presents the observational data on practical methods and techniques of teaching culture in the ESL and EFL classrooms. Every language is a part of culture. Awareness of FL culture should be...