Microalgae have been recognized as a metal biosorption which can apply to treat industrial wastewater. The study proved microalgae Chlorella vulgaris (C. vulgaris) as biosorbent for As removal from aqueous solution. The effects of operational conditions including pH, cell density and initial metal ion concentration on As(V) removal were investigated. The maximum Arsenic bioreduction capacity was 100 % at 40 mg/l of arsenic, pH = 6 and cell density of 15 x 10 6 cells/mL after 24 hours treatment. This study provided an alternative approach to remove toxic As (V) from industrial wastewater.

Arsenic (As) is recognized as a ubiquitous heavy metal in crust of the Earth which may be a significant risk factor for cancer after exposure to contaminated drinking water, cigarettes, foods, industry, occupational environment, and air. In which, drinking water is one of the topmost environmental threads worldwide based on potential contamination of people to arsenic to people [1]. For agriculture, arsenic is primarily used as an insecticide and herbicide or preservative for wood due to its germicidal power and resistance to rotting and decay, respectively. As is also used in medicine, electronics, and industrial manufacturing [2]. In the environment, many common arsenic compounds can dissolve in water, thus arsenic can be easily to contaminate lakes, rivers, or underground water by dissolving in rain, snow, or through discarded industrial wastes. Therefore, arsenic exposure in ground water poses a serious public health threat worldwide and found to be associated with detrimental health effects such as hyperpigmentation, keratosis, various types of cancer and vascular diseases [3], [4].

During last decade, arsenic pollution has been considered as an important environmental issue in many countries. There have been increasing efforts to remove As from polluted surroundings such as soils, groundwater or wastewater in order to limit the adverse impacts of As on living beings. There are many methods which have been developed based on approaches of chemical, physical or biology. Comparing to conventional methods such as oxidation, co-precipitation, adsorption, ion exchange and membrane technique which is not very economical, requires high tech operation and can produce some harmful byproducts, bioremediation using microorganism has received much interest because of its cost effectiveness, environmental friendly and potential capacity of As removal [5]. Among various microorganism (bacteria, yeast or fungi), microalgae has more advantages in metal biosorption including rapid metal uptake capability, time and energy saving, eco-friendly, ease of handling, low cost, large surface to volume ratio, applicability with high efficiency to water containing high metal concentration as well as relatively low contaminated level [6]. Many species of microalgae have been used as a bioremediation agent when combined with wastewater treatment, but the most commonly used are Chlorella sp. such as Chlorella pyrenoidosa, and Chlorella vulgaris. Although, Chlorella sp. has been widely employed as a tertiary treatment process to remove nitrogen and phosphorus from wastewater; reports of arsenic uptake of Chlorella sp. has been limited. Therefore, the present study was carried out to evaluate factors affecting the arsenic reduction in water in the laboratory conditions by using Chlorella vulgaris isolated from lakes in Danang city with the aim to investigate the potential application of Chlorella vulgaris in arsenic contaminating water.

The cells were harvested by centrifugation (Hettich, model EBA 20) at speed of 4000 rpm for 10 minutes.

Test solutions containing As ions were dissolved by diluting 1000 mg/L of stock solutions to the required concentrations before adding to the culture medium.

The effect of different pH, microalgae cell density and arsenic levels on arsenic removal capacity of C. vulgaris were investigated for 96 hours of treatment time. All experiments were performed under the same illumination (light/dark cycle of 12:12 using white LED lights) and temperature (25◦C) conditions. The working volume of all culture medium (BBM) was 250 ml containing initial arsenic concentration of 20 mg/L and cell density of 5 x 106 cells/ml.

Cell density: Various initial cells density including 5, 15 and 25 x 106 cells/ml was added into the culture medium adjusted with the selected pH.

Samples were 2ml of the culture fermentation collected from each flask by the time, then centrifuged at 10000 rpm for 10 minutes to obtain supernatant which was diluted by 10 times. The residual arsenic level was determined by an atomic absorption spectrometer (Anlytik Jena, model ZEEnit 700P).

The efficiency of removal was calculated using the following equation:

Results were analyzed by descriptive statistic and were tested by one-way analysis of variance (ANOVA) with a significance level of 0.05 using software SPSS version 18.0.

The results of effect of pH on bioremoval of C. vulgaris were observed in the Figure 1 which showed C. vulgaris could uptake As well during 24 hours of exposure. After 12 hours, pH 6 was recorded as the best pH for arsenic adsorption of C. vulgaris with 53,67 %. There was an upward trend in the arsenic removal efficiency at different pH from 12 to 24 hours, in which, the highest yield of As (V) removal was observed at pH 6 with 63,62 %. There were significant differences (P <0.000) between As (V) bioremoval capacity in the pH 6 compared to pH 4 and 5 at 24 hours of exposure. It is well known that pH affects metal removal which is closely related to metal chemistry and microalgal cell surface. At low pH, the cell surface becomes more positively charged, the cell wall could be easily linked with the H + ; therefore this restricts As cations associated with algae cell. Nonetheless, as the pH increases, functional sites on cell wall would become deprotonated leading to the number of negatively charged also increases, which cations easily binds to cell wall [6] [8], [9]. Besides, figure 1 also showed the removal efficiency reduction of C. vulgaris after 48 hours of exposure to As (V) which could be a consequence of metal interference with metabolic processes associated with normal development, especially protein synthesis and various photosynthetic processes like chlorophyll biosynthesis, leading to the breakdown of photosynthesis [10], [11]. Furthermore, Arsenic is one of metals having the strongest toxicity leading to deaths of microalgae after long time-exposure which resulted in releasing arsenic in the water.

Fig. 1. The efficiency of As (V) removal at different pH levels

The results of effect of initial cell density on arsenic removal capacity of C. vulgaris shown in the Figure 2 indicated that the percentage of As ion uptake reached the peak after 24 hours contacting, then decreased with increasing time contacting to 120 hours. There was significant difference in the removal capacity of the algae at different cell density at 24 hours. The highest amount of metal removal was recorded after 24 hours at 15 x 10 6 cells, making up 100 % while the maximum removal of 5 and 25 x 10 6 cells/ml only were 80.85 % and 84.47 % respectively. The maximum metal uptake decreased when the cell density increased to 25 x 10 6 cells/ml because of increasing availability of solute, electrostatic interactions, interference between binding sites [12].

Fig. 2. The efficiency of As (V) removal at different cell density

The Figure 3 indicated the effect of metal concentration on the metal removal efficiency of C. vulgaris . There were significant differences (P <0.000) between As bioremoval capacity in various initial As level, in which the initial As (V) level of 20 and 40 mg/l was the most suitable after 24 hours, reaching 100 % As removal.

Fig. 3. The efficiency of As (V) removal at different initial As (V) concentration

Regarding the 60 mg/l and 80 mg/l treatment, the highest percentage of heavy metal removal only gained an average of 61.38 % and 44.54 % respectively after 48 hours exposure of As (V). The increases of loading level of As (V) on C. vulgaris cells resulted in lacking of occupied sites on cell walls for ions leading to a decrease in the removal percentage [9], [11]– [13].

Bioremoval capacity of As (V) by C. vulgaris living cells from aqueous solution was investigated in the study. The maximum Arsenic bioreduction capacity was 100 % at 40 ppm of arsenic, pH = 6 and 15 x 10 6 cells/mL after 24 hours treatment. This study provided an alternative approach to remove toxic As (V) from industrial wastewater in Vietnam.

This research is funded by Funds for Science and Technology Development of the University of Danang under project number B2018-ĐN03–28. 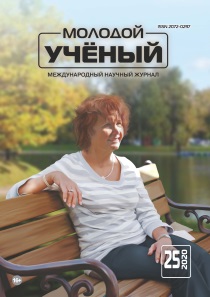