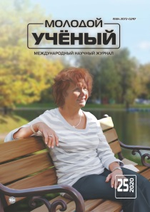 This article mostly deals with the impartial role of the prepositional construction “on” and their significance in shaping the lexical meaning of the sentence. The examples presented in the article highlights the issues by analyzing them lexically and syntactically.

Grammatical construction can be evaluated as a property of prepositions. In general, the grammatical process is understood as a historical process by identifying grammatical unity that is not a grammatical language, which is a process of identifying grammatical features existing in this unit. Thus, grammar can be regarded as an inexhaustible process to enhance the grammatical features of language units [2, p. 37]. Nouns that refer to human body meanings can be examples of grammar. Moreover, English language prepositions, adverbial elements also take an active part in this process. Additionally, it is possible to observe aspects of the grammatical process in prepositions related to space relations. As you can see, the English language prepositions have expanded its functional application in the process of historical development. As a result, it is possible to notice that prepositions, which do not have any meaning in space, are then reflected in these characteristics. It is possible to say that this phenomenon is the same as the prepositions. All prepositions in English are meaningful. In addition to their lexical-semantic features, they are grammatical and imaginative schematic. The meaning of the prepositions and their relationship to the subject can be directly monitored by many studies and linguists, including B. Pote, R. Wagner, B. Brendel and other linguists. Separate grouping of semantic characters of each predictor in their work is aimed at identifying meaning in the context of speech. The emphasis is on determining the space, time, and conceptual features of the prepositions.

We will try to find a database of the linguistic consciousness by studying the functional use of specific lexical units. The semantic analysis of the presence of fragmentary words at different times, along with the opportunity to observe the evolutionary development of these words, also provides an opportunity to cover the aspects of their extra linguistic connotations. It also gives a chance to learn the concepts that are based on specific words. The key features of the predecessors are also important in emphasizing the functional significance of the lexical concepts. They include the functional information of lexical concepts as the main parameters of space geometric parameters. Prepositions can be used for the meaning that refer to the concept of space [3, p.43–47]. This predicate represents the location of the subject at the top of another preposition. If the geometric parameter is a contact, the functional parameter is a point of reference and linguistic content. For example, the apple is on the table. Of course, the content of the lexical unit and the content of the parameters may be disclosed. For example, if the apple on the wall seems to be right from the linguistic point of view, the meaning is unreasonable, for the apple to remain on the wall should be either glued or hanging. in this case, the content and linguistic notion are incompatible. However, the existence of the concept of basic is important in establishing the consistency of the content and linguistic concept. Look at the examples on one's feet / knees / legs / back, on tiptoe, on all fours. In these examples, human body parts serve as the basis, so it is possible to observe the relationship between the contact parameters and the base parameter and the linguistic content of these compounds. It also refers to the meaning of the means of movement. In this context the contact parameters and base parameters are not important on foot / horseback, on the bus and so on. but in this context the lexical basis is assumed to be predominant. The following is an example of the underlying characteristic that is expressed in the following example: the earth turns on its axis. In this example, the support point is reflected in its axis combination.

Another meaning of preposition «on» is of dependency which can be proved with the following examples: Are you on heroine? or she is on the pill. In the meaning of the person's dependence on something expressed in the noun. In this case, the preposition is a semi-lexical property. The psychological basis of the psychological dependency of the person. For example, you can count / rely on my vote. Rationale or epistemic base values are reflected on / on purpose combinations. If we focus on the content and content of the examples, then we can see that there are not only basic contact parameters, but also other resources. The prepositions also predict the concept of the situation. For example, «as far as she was capable of love, she loved her, and her hand on her arm, she addressed her in a muted reluctant voice, the nearest she could get to tenderness». Functionally predetermined, is also used to refer to the expression of the duration of the activity associated with the activation. For example: But I suppose some women do go on like that. Burden whose expression conveyed that he was rather approved by women who went on like that. These terms are used in the term «functional activity», because such combinations indicate the state of the statistical character of physical activity, such as technical movable statisticality.

In other words, the lexical concepts associated with the predetermination provide the functional movement parameters and correspond to the linguistic meaning [4, p. 87–91]. For example: You would know who would be likely to call it or be fetched home by her. Tell me who came to your house. What friends or acquaintances called your wife? I don’t think there is always a time till now, when I have had a reasonable amount of money to live on and now. We were on our beam ends. Angela couldn’t walk. In these cases, the units associated with the preceding are referred to as the word combination or attributes, which have the meaning of action, and the occurrence of the meaning of the state of affairs in the particular case is consistent with the temporal significance. It can be seen that the situation or event occurring within a limited period of time the following examples will be considered:

Time related predictive associations serve to determine the occurrence of the event events. For example, As the front door climbed on the light that rimmed Hathall's curtains went out. So on the following morning Chief Superintendent toward fortune left his office at a quarter to six. he waited until half past seven. when his quarry did not come, he made his way along the avenue and observed that there was no light in the window his uncle had told him he was Hathall's. The examples given may relate to the various periods of predicting the time of the prediction. It can be understood that the semantics of the subject at the time of time, as well as the timeliness of the predetermined location, are presented as an important tool in the information provided. The fact that the information given is dependent on the time indicators helps to understand that a movement or activity of a substance is connected. In the context of space, an event plays an important role in expressing the place where the events occur. Take note of the following examples: Turn up wearily away on the spot where he had been on the point of flinging him down the stairs, Wexford said you gave him back his deposit and he left. what time was that. Three of the car's doors were open simultaneously and the three policemen had been on their feet bounced on the wet stone as if on springs. In these examples, we can see the predetermined associations of the time and the subject in the examples given in the examples given on the spot on the wet stones as the place of the event. Including the ones on their feet, the position of the subject, when the point on the point on springs was pointing to the occurrence of the event. The use of the English preposition in the context of the text can be regarded as an example of the expansion of the synonymic dependence of this prediction on space and temporality [1, p. 38–39]. For example, Out on the platform, Mrs. Hadall said that could have been avoided if you were done as you were asked. She was planted herself on the spotless carpet and turned slowly round the ceiling for the ceiling. (Ruth Rendell p.43) Would you like to go upstairs? (Ruth Rendell p.18) On the top of the covers, apparently deeply asleep (Ruth Rendell p.54), can be divided into two groups in the context of the predicament of the temporal-related integral and differential markings.

It is possible to observe that the prehistoric coding of the place relates to more derivative changes. In this case, if the location of the moving position of the object, as the integral of the predetermined integral part of a predetermined object, can be replaced by the space change as a result of moving the position in the differential angles. These derivative expressions can be associated with predictions in the text. These dervishes can be correlated with the use of predictions in the text. The English version is based on different meanings.

Using films as a motivational medium in teaching foreign languages for...

Using films as a motivational medium in teaching foreign languages for...