The large-scale and significant role of diplomatic terms in the formation of a large number of words related to the diplomatic system in the Turkmen language. It would not be wrong to say that diplomacy encompasses all systems. Examples of this are systemic terms such as Energy Diplomacy, Cultural Diplomacy, Economic Diplomacy, Naval Diplomacy, and even Ecological Diplomacy, which are of great importance today. While diplomatic terms can be divided into several areas and groups outside, they can also be broadly divided into groups. For a more in-depth analysis of diplomatic terms, they were studied in thematic groups. This approach is supported by K. G. Menges by definition, namely, that “Analyzing the lexicon into groups is the most important area for studying its past and present” [1, 12]. We can show the words related to this system in the following order:

The state is an organization that exercises a unified political power throughout the country, has a subordinate population, has a special system of governance and coercion, adopts rules for compulsory implementation by all, and has full autonomy, and exercises a unified political power in society [2, 58]. In the explanatory dictionary of the Turkmen language, the state is given by the word (political) [3, 250]. The word means «power”, «state”, «nation” in the Russian-English diplomatic dictionary. This vocabulary is one of the most effective terms in the vocabulary of diplomatic lexicons of the Turkmen and English languages. For example, the leading state (esasy (öňdebaryjy) döwlet) is the leading power, Beýik döwletler — Great Powers, söweşýän döwletler — belligerent power, dostlukly döwletler — friendly powers, Günbatar döwletler — Western powers, jedelleşýän / çaknyşykly döwletler — conflicting states, kiçi döwlet — small nation, güýçli/öňe çykýan döwlet — to emerge as/to become a world power, deňze çykalgasy bolan döwletler– maritme / sea / naval / power / nation, senagat taýdan ösen döwlet — mighty industrial power, bitarap döwlet — neutral power / state, Hemişelik Bitarap döwlet (Türkmenistan döwletiniň mysalynda) — Permanently Neutral state (in the example of Turkmenistan), üçünji gaýry ýurt — third power, ylalaşyga goşulýan döwletler — signatory powers to a treaty [4, 128]. All of these words have the meaning of a state word and are included in the list of diplomatic terms belonging to this group. In his book, the diplomat Dr. A. Rahmanov mentions and explains the diplomatic terms in his particular book as «kabul edýän döwlet — host state, bolunýan döwlet — host state, akkreditleýän döwlet — accrediting state, guramaçy döwlet — organizing state, çagyrýan döwlet — inviting state”, which are made up of the word state, among the diplomatic terms [5, 362]. The term «host state” as used herein was also used in the Vienna Convention on Diplomatic Relations of 1961 [6]. In fact, the term «state” was originally understood to mean «victory, power, and the transfer of power into the hands of another”. These notions then changed and became a concept of sustainable governance, depending on the authorities [7, 194]. Today, this concept is defined as a political unit created by people living in a country on the basis of the right to independence and freedom [8, 16]. However, modern legal science, when defining the notion of the state, is not based on personal views, but rather on the general conditions inherent in the material world [2, 58]. The current concept of «state» dates to the 16th century and the concept of «nation, state” to emerge in the 19th century. That is to say, in these centuries the notion of the state was acquired in relation to the people and the nation, but then as a result of the ideological character of the socioeconomic order in the twentieth century, it began to be understood in relation to the ideologies of individuals like the fascist, capitalist, communist state. There are differing views on the notion of the state, which are also various conflicting concepts, such as the acceptance of miracles by some scholars, the view by some as private power, or the political unification of a nation within a certain boundary. The fact that these ideas differ from each other shows that the notion of a state is very important [7, 195].

This research work uses methods such as comparative, contrastive, diplomatic terms, analysis of the use of terms in official language and colloquial language, and their translation, sociolinguistics research, and the determination of the mutual and cultural relations of languages.

In the dictionary section of Andalib's «Leyli-Mejnun” epic, lexical units such as “Döwlet”, “Döwletment” are considered, which are 1. Döwletli, baý, gurply (rich, wealthy, strong). 2. Explanations such as bagtly (fortunate), bagtyýar (delighted) have been given [11, 154]. As can be seen from these explanations, the term state is not only found in the diplomatic terms of the Turkmen language, but also has an interdisciplinary nature that can be included in all political and social terms.

The term “state” in the Turkmen language forms a semantically unique synonymy with lexical units such as the respublika — republic and the ýurt — country. It is also ingrained in the language of our classical literature with its metaphorical meanings such as rysgal — sustenance, döwlet — state, bereket — blessing, bagt — happiness, güýç — power. An example of this is Magtymguly Pyragy:

When the truth comes to us,

If the weeping eyes play and laugh,

If the poor appreciate the country,

The notion of a state was explained in detail because it describes the name of this group. The terms belonging to this group are sought to be subdivided into several sections for a better understanding. 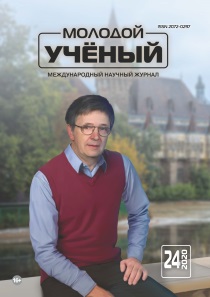