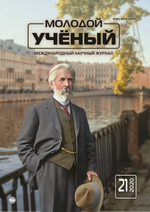 One of the necessary conditions for ensuring high-quality drilling is efficient transport of drilled rock. When drilling directional and horizontal sections and ensuring sufficient cleaning of the borehole from sludge, it is possible to prevent many complications. In order to achieve this effect, a prototype of a flushing fluid flow turbulator installed on drill pipes is considered. Analogs and devices similar in purpose are analyzed, various variants of its execution are compared, its efficiency is estimated based on modeling of the washing process in the SolidWorks program and statistical processing of the obtained data in the Statistica program.

Today, the passage of directional and horizontal sections is an integral part of the drilling process. However, when they are implemented, there are several additional problems associated with their penetration. One of these problems is the complexity of high-quality professionally cleaning from drilling mud.

Intervals with a large zenith angle, when the drill string rests on the lower wall of the well, are places where drilling mud accumulates, which leads to the occurrence of sludge jams, and subsequently to loss of circulation, ticks and additional complications. To avoid negative effects, it is proposed to use a flow turbulator installed on drill pipes. The turbulized flow of the ascending drilling mud leads to a gradual erosion of the sludge pads and plugs, preventing further sedimentation of the sludge.

To analyze the processes occurring in the well and simulate the flow of liquid in the annular space, the SolidWorks program with an additional Flow Simulation module was used. A model of a section of a drill column located in a horizontal plane with a turbulator installed on it has been created.

In the study, the rate of upward flow and the speed of rotation of the column remained constant, change the number of turns of the spiral fins, the length of the baffle, the number of adjacent faces. As a result, 52 different turbulator models were studied. Based on the data obtained, it can be argued that the effect of the turbulator exists, but its duration is limited to 5–7 meters behind it, and the geometric parameters of the elements affect mainly the numerical value of the circumferential speed, but the nature of its fall along the length of the pipe remains unchanged. To obtain large and stable values of the circumferential velocity along the length of the candle, it is passable to use several turbulators. Among the studied samples, the highest efficiency is observed in turbulators with a spiral density of 5. When this value increases, heterogeneity begins to occur in the flow, and an additional factor is that a larger number of turns of fins does not lead to a noticeable increase in the circumferential speed. Therefore, it is not practical to use a turbulator with a higher helix density.

The number of edges has a noticeable effect on the flow uniformity and its circumferential speed, and it is also necessary to consider the fact that the turbulator will perform an additional centering function in the well. Therefore, using a two-line turbulator will not be effective. When comparing the results for 3 and 4 edges on the turbulator, there is no noticeable numerical difference. However, when using a four-line turbulator, in most cases there is an extremely low turbulence uniformity, due to the complexity of the penetration of the liquid flow into the intercostal channels. The recommended number of edges for a turbulator is three. 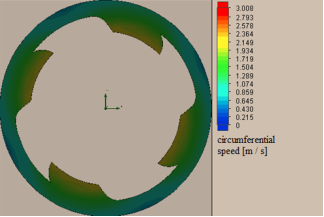 Fig. 1. Circumferential velocity profile in the side projection of the 4-rib turbulator

Nowadays, there are several similar devices aimed at turbulizing the flow in order to improve the removal of sludge. One of the solutions of cleaning the borehole is the use of specialized foreign technology Hydroclean. Among them are spiral finned aluminum drill pipes produced by JSC «aquatic”, which have fins along the entire length of the pipe. [1]

The Hydroclean series of drill pipes have specially cut grooves in which there are two clearly separated zones: the cleaning zone of the HydroCleaning Zone and the bearing zone of the Bearing Zone. These is the combination of rotation speed, fluid flow and special inclined planes causes a number of mechanical and hydrodynamic effects that significantly improve the well cleaning from sludge and significantly reduce the unproductive time associated with eliminating the consequences of its accumulation [2].

Another approach to the solution is to use the CamDrillSystem tool, which was developed specifically to solve drilling problems such as: removing sludge, limiting the bit load and flow rate of the drilling pump, and increasing the rotation of the drill string to ensure efficient drilling of inclined and horizontal wells by improving the cleaning of the drilled rock. When these pipes are placed every 3–5 drill pipes above the layout to a depth above the start point of the curvature, their geometry helps to clear the bottom wall of the borehole of sludge by creating a turbulent flow around the tool, due to eccentricity [3]. 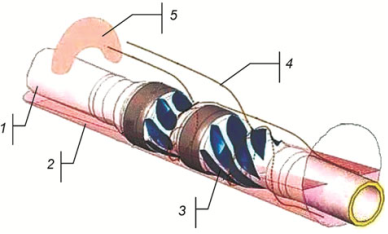 Further research is related to changes in the flushing fluid used, experiments with different Zenith angles, as well as the selection of the installation location and geometric parameters of the turbulator. After the development of an effective computer model, it is planned to create a real installation to study the mechanism of live operation, using various real drilling flushing fluids and various sludge simulators.