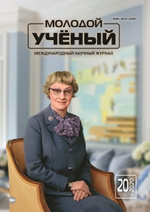 Privatization firstly appears in the UK in 1979, then spreads to European and developing countries in South America, Asia and Africa and becomes a major economic phenomenon in recent decades. Privatization of SOEs is considered one of the most important changes in the structure of the capital market. The main idea of privatization is to provide more room for fair competition, improve the market system, and improve the performance of private businesses. International evidence shows that the success of privatization varies from case to case.

Sun and Tong (2002) compared the performance of 24 enterprises in Malaysia and figured out that privatization led to an increase in profitability and dividends of these enterprises. Bortolotti et al. (2002) examined the financial and operating performance of 31 telecommunication companies around the world and found that profitability, operating efficiency, and capital investment spending increase significantly after privatization. Claessens and Djankov (2002) studied the advantages of privatization in seven Eastern European countries and concluded that privatization greatly increases sales, efficiency, and labour productivity.

Omran (2004) examined the performance of 69 enterprises in Egypt which were privatized between 1994 and 1998 and found significant increases in profitability, operating efficiency and capital expenditures. Gupta (2005) studied 38 Indians enterprises between 1990 and 1998 and found that privatization has positive impact on enterprise sales, profits, and labour productivity. Cheelo and Munalula (2005) examined the effect of privatization on 48 banks in Zambia from 1997 to 1999 and showed the great positive effect of privatization on the profitability and output of these banks. Boubakri et al. (2005) analyzed the post-privatization performance of 81 banks in 22 developing countries. Analysis of accounting indicators of performance revealed that the poor performers were selected for privatization and the impact of privatization on performance was ambiguous. Jia et al. (2005) studied 53 semi-privatized enterprises in China from 1993 to 2002 that were listed on the Hong Kong Stock Exchange and found that real net profit significantly increased for the majority of enterprises, return on sales significantly declined on average, and real output increased.

Since its establishment in 1979, the Iranian economy has undergone two important structural changes, namely the Nationalization process that took place shortly after the Islamic authorities gained independence and the Privatization process took place in the late 1980s. The central planning economy that Iran pursued in its early years after independence gradually revealed limitations and weaknesses. The state controls most economic activities and leaves no room for private sector to develop. Moreover, inefficient SOEs gradually become a burden for the national budget. High inflation, ineffective allocation of economic resources and low competitiveness are reasons why the Iranian government is forced to adjust its policies.

Iran officially privatized SOEs in 1991 when the Iranian Council of Ministers approved a proposal to convert a portion of SOEs to the private sector. According to the Iranian Constitution, the main goal of privatization of SOEs is towards economic efficiency, which is also a top priority of the policy. The Iranian government also sets specific goals:

3) Narrow the influence of state on economic activities;

5) Reduce the dependence on oil;

At first, the Supreme Leader imposes many restrictions and limitations on the privatization of SOEs in the Constitution, thus the space for the private sector is very limited. According to the Article 44 of the old Constitution, the private sector can only operate in certain fields of agriculture, commerce and services. At the first phase of privatization, private enterprises only receive shares from SOEs operating in complementary areas, unable to access SOEs operating in key areas like banking, telecommunication, aviation or transportation. However, the revised Constitution in 2004 creates more space for economic freedom and allows more public sectors to be privatized. The Supreme Leader decides to privatize 80 % of the state economic sector (estimated value of 130 billion USD), of which 10 % of the value will belong to the foreign sector.

Under Article 44 of the revised Iranian Constitution, the Supreme leader requires the heads of the three branches of power as well as their attached bodies to follow instructions regarding to privatization activities. In addition, Article 44 also shows off the scopes in which private enterprises can take part in. This scope of privatization covers SOEs operating in mining and heavy industry (except the Iranian National Petroleum Company and oil and gas exploration companies), banks (except the Central Bank, Melli Bank, Sepah Bank, Mining and Industry Bank, Keshavarzi Bank, Maskan Bank and Iran Export Development Bank), Insurance companies (except Iranian Insurance Company), Airlines and transportation (except Iranian Civil Aviation organization) and telecommunication enteprises.

Iran began to carry out the privatization of SOEs in 1991. However, the plan was strongly opposed by the Iranian Parliament at first. As a result, privatization in Iran was initially slow and small at first phase. The process is pushed up since 2001 when the government decides to change the economic structure.

The orientation of privatization of SOEs in Iran is mainly about the improvement in the performance of enterprises. However, the results show that there are no outstanding improvements in the efficiency of enterprises after equities in Iran. Mohammad Alipour (2013), by quantitative methods, has shown that privatization process in Iran does not really bring significant efficiency in operations and profits of businesses. Alipour uses a regression model and Wilcoxon test to test the effectiveness of privatization on the operations of 35 SOEs listed on the Tehran stock exchange. This goes against many other research findings that privatization creates positive effects for the operation of companies. 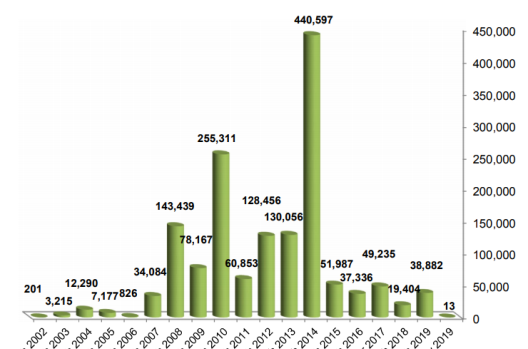 Cuervo and Villalonga (2000) conclude that privatization helps to create structural changes that affect the enterprise's operations. However, qualitative and quantitative researches on privatized Iranian enterprises show that the results are not too satisfactory. Hanousek et al. (2009), arguing that the improvement in the performance of companies after privatization depends on the ownership structure of the company, so the privatization process can help improve the company's operations depending on the ownership structure.

Moreover, it is clear that mere ownership transfer is not sufficient for privatization. Enterprises must reconsider their objectives through changing their financial structure and management system. One reason for the poor performance of privatizations relates to top management. However, Dyck (1997) and Frydman et al. (1999) concluded that changing top management is a crucial factor in the success of privatization. The poorly motivated management and extensive interference of Iran’s Government in economic activities is another of the reasons behind the failure of privatization plans. When state control of the economy is powerful in Iran, performance and efficiency improvements may not occur and when the government adheres to free market forces, efficiency and performance improvements are more likely to occur.

Moreover, some enterprises have been privatized due to their inefficiency and this problem can be solved before privatization through better management. Or we can liquidate non-productive and inefficient enterprises and use their properties in more profitable ways instead of privatizing them. Further, in order for privatization to be more influential on enterprise performance, we suggest the employment of expert managers after privatization and increasing the motivation of managers by means of bonus payment plans and long-term incentives in order to adjust and unify the interests of owners and managers and consequently increase the profitability of these enterprises. Further, by implementing and strengthening corporate governance by law and its mechanisms, we can strengthen enterprises with poor performance and less profitability. Also, remedying weak corporate governance and improving managerial incentive systems are the keys to improving the performance of privatized enterprises. Finally, we argue that Iran’s privatizations plan has not been able to rid corporations of government interference and control.

If the ownership structure is private, most companies will operate effectively, but if the state's share is still large, then performance will not be guaranteed. Wu (2007) points out that the improvement in the operation of privatized companies depends not only on changes in ownership, but also on many other factors such as market openness, apparatus. Obviously, privatization is not only about changing the ownership of the company, but also equitizing enterprises need to have long-term strategies to change the organizational structure.

Basically, the main and profound cause for the performance of post-equitized companies in Iran not much improved is the government's deep intervention in the operation of enterprises. Therefore, privatization activities are only effective if the government reduces its influence in businesses and the overall economic environment. In addition, the process of privatization and ownership transformation, in order to succeed, it is necessary to have prerequisites, factors such as adjusting economic structure, capital markets must be flexible and developing, the system Modern banking, transparent finance, clear and convenient business and economic law systems are essential.

The orientation to promote privatization of SOEs in Iran is perfectly appropriate, especially in current global context. Oil revenues of Iran are always dependent of global market fluctuations, pushing Iran in a passive situation. In addition, the US’s restarting sanctions on Iran, especially economic sanctions, will create barriers for trade activities. Iran's rigid centralized economy will be vulnerable to external pressures. The revenue of the Iranian government will certainly be affected. Therefore, it is right to attract and expand budget revenue through privatization activities.

However, if there are no simultaneous changes related to the open market, financial system and administrative system, the privatization activities of Iran will continue to be ineffective. Privatization not only is an economic issue but also a political process. Privatization must be accompanied by changes in many aspects in order to create positive effects. If privatization merely is the change of ownership, this process will not contribute much to the socio-economic development. The privatization process in Iran is currently aimed at increasing the budget revenue. There is no specific strategy and no clear move in restructuring the privatized SOEs. Privatization cannot be successful if it is only meant to transfer ownership rights without changes in governance (Yarrow, 1986). In the future, Iranian government will have to change its privatization strategy so that the process can actually become effective and contribute much to the national development.