The potentials of charged particles in the medium are determined by the Poisson equation [1].

This means that as the temperature increases, the concentration of specific charge carriers also increases sharply.

If we say that the potential barrier is formed at the p-n junction, then the charge carrier concentration, potential, and internal field strengths are distributed as follows.

Fig. 1. Coordinate dependence of the concentration of charge carriers in the P-n junction

Fig. 2. Coordinate dependence of the internal field strength at the P-n junction 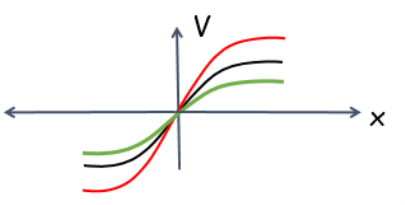 Fig. 3. Coordinate dependence of the internal potential at the P-n junction 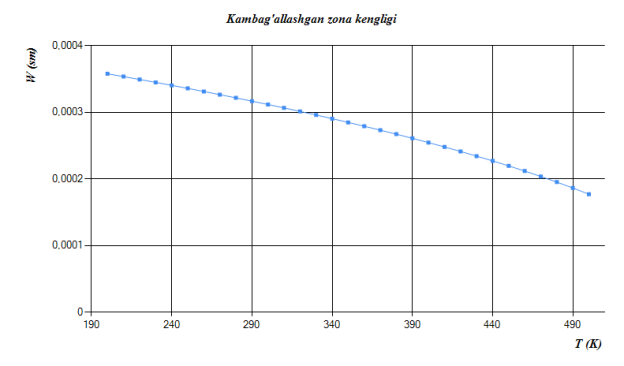 Fig. 4. Temperature dependence of the width of the impoverished zone 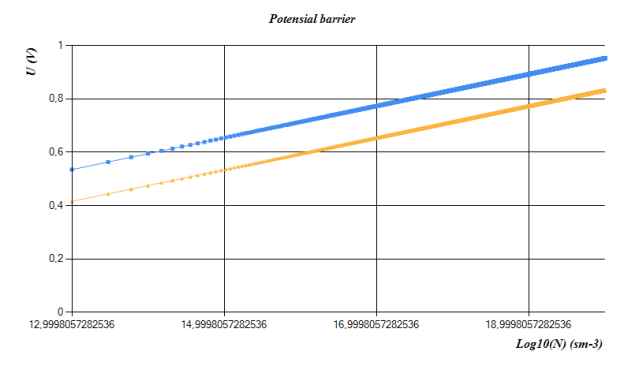 Today, computing technology is developing rapidly. Digital technologies are widely used in every field. The advantages of this are less time spent on calculations and increased calculation accuracy. Theories never come into being by themselves. They are also based on the results obtained in the experiment [2]. I think that if we can organize the chain of theories correctly, we can get information about a lot of the properties of the object we are studying. I created a chain of such theories and created a program called Suntulip-2 for silicon solar cell. The program is easy to use and can be used by people who have no knowledge of programming. Using this program, we determined the reduced zone width as well as the potential barrier of a solar cell with the following parameters.

In conclusion, the magnitude of the potential barrier in solar cells is strongly related to the input concentration.