In this article, describe model of temperature influence on silicon bases solar cells by Sentaurus TCAD and analyze theoretically.

Nowadays, renewable energy is very important and useful energy type for us. So, scientists who research increasing solar cell efficiency are divided some directions. While one learns the design of the solar cells while others study its internal structure. But all scientists’ purpose is similar. Besides, Using computer technology for describing semiconductors some characteristics increase. We know that theoretical computing is very difficult when we compute large numbers. So we used Sentaurus TCAD simulation to describe the temperature influence on solar cells.

There are some packages and frameworks in Sentaurus TCAD. We used SDE, Sentaurus Device, SVisual packages and Sentaurus Workbench framework for describing the effect of temperature on solar cells.

Sentaurus Workbench is a complete graphical environment for creating, managing executing and analyzing TCAD simulations. Its intuitive graphical user interface allows users to navigate and automate the typical tasks associated with running TCAD simulations such as managing the information flow, including preprocessing of user input files, parameterizing projects, setting up and executing tool instances and visualizing results with appropriate viewers.

Solar cells are large-area semiconductor devices and have dimensions in the order of centimeters. Simulating the entire three-dimensional (3D) structure involves huge computational resources. However, the structure of the Silicon solar cell is highly symmetric. Therefore, the simulation domain can be reduced to a 2D structure consisting of a cut perpendicular to the front contact metallization grid. The smallest symmetry element spreads out horizontally from the middle of a front contact finger to the midpoint between the two front contact fingers, while vertically, the whole device must be simulated. 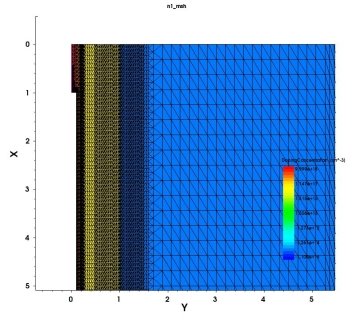 Picture 1. Geometrical structure of solar cells which is created by SDE

κ is the thermal conductivity.

CL is the lattice heat capacity.

EC and EV are the conduction and valence band energies, respectively.

Gopt is the optical generation rate from photons with frequency ω.

Rnet,n and Rnet,p are the electron and hole net recombination rates, respectively.

Jn and Jp are current densities.

Pn and Pp are thermal powers.

We could visualize total heat distribution in silicon solar cell by Sentaurus Visual. Below we show in picture-2. 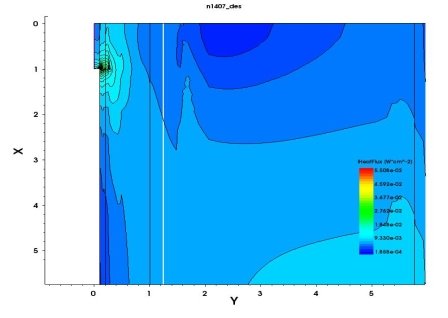 Because, when temperature is increase, intrinsic carrier concentration is increase very fast. We can see below [1]: 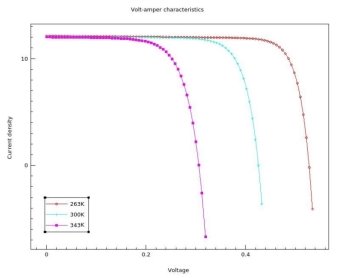 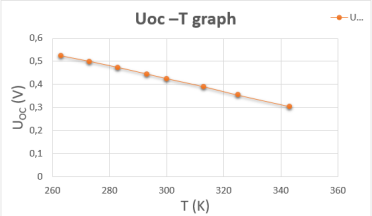 If we want to fabricate solar cells which will be constantly efficiency, we investigate new generation solar cells that temperature will not depend strongly on intrinsic carrier concentration of these.

When teaching children a foreign language, it must be remembered that a child learns a language as a result of imitating the speech of adults, imitatively, without purposeful instruction. In other words, no one disintegrates the flow of speech for the child into mastery units...

When teaching children a foreign language, it must be remembered that a child learns a language as a result of imitating the speech of adults, imitatively, without purposeful instruction. In other words, no one disintegrates the flow of speech for the child into mastery units...