Concepts of student ability and motivation 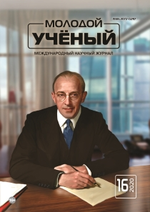 The central concern in this article is students' perceptions and evaluations of their ability and how it affects their motivation. Also, main types of classes of goals in an achievement and influence of classroom practices on learning and performance goals are clearly explained.

In every aspect of life, whether people are thinking about trying out for a play or an athletic team, worrying about taking a test, applying for a job, comparing themselves to their peers, or deciding what courses to take, they are evaluating their ability. Wigfield and Eccles (2000) distinguished ability beliefs from expectancies for success: Ability beliefs focus on present ability, and expectancies focus on future. An understanding of perspectives about self-perceptions of ability will assist educators in fostering students' confidence, competence and adaptive coping skills presently and in the future.

How students evaluate their ability has important implications for academic motivation and expectancy for success. The prevalent view today is that perceptions of competence are not only domain specific, but distinct for different subject areas.

Achievement goal orientation offers another perspective on the relationship between ability beliefs and motivation. In self-worth theory, we can see the tendency for students to equate ability with self-worth and the extent to which they would go to protect against a perception of low ability [2, p. 112]. A related framework, achievement goal orientation, explains contrasting views of the role of ability in learning and how success and competence are defined. Achievement goal theory integrates cognitive beliefs and emotions that focus on the underlying purpose for achieving a goal and, as such, can be adaptive or maladaptive [4, p. 1046].

Students with a learning goal pattern are seeking to understand the material they are learning, master a skill, and increase their competence through their own effort. Their judgement of ability is more likely to focus on their improvement from a previous performance or the use of a standard as a criterion for achievement. A learning goal is more likely to be associated with positive educational outcomes such as task engagement and an intrinsic value for learning (e.g., C. Ames, 1992; Meece, 1991). As an adaptive motivation, it also provides resiliency in the face of failure [4, p. 178].

Can performance goals have a positive effect on motivation and learning? They can, but as Midgley, Kaplan, and Middleton (2001) concluded, regardless of level of emphasis on performance goals, more energy should be focused on enhancing mastery goals. Pintrich (2000) pointed out that two students can have the same target and achieve at the same level, but with different side of effects. Can one have both a learning goal and a performance goal? The answer is yes. The two goal orientations are not mutually exclusive. A person can be motivated to learn and perform. The deterrent to motivation occurs when the concern for performance is stronger than the concern for learning or mastery.

Conception of ability depends on our goals or definitions of success in a given situation, such as the cues that come from the classroom context. The structure of a classroom and messages conveyed by teachers are contextual aspects that influence whether a student might have more of learning goal or a performance goal. Classroom dimensions or cues that convey messages about the purpose of achievement include teacher expectations for learning, what is rewarded, the type of evaluations, how students are grouped, and the extent to which students have opportunities for decisions.

Classroom practices make learning and performance goals noticeable to both students and teachers [7, p. 145–146]. Students’ personal goal orientation can be influenced to some extent by these practices. An awareness of context and practices that promote a performance or learning orientation is the first step. By recognizing student goal orientations, teachers are in the position to better understand and address students’ motivation and to assist parents in understanding their children’s motivation. We should keep in mind that although, the classroom climate is one that fosters learning goals, competition among students may occur in unexpected ways and produce negative motivation.

A primary source of the particular goal orientation is whether intelligence is an inherent, fixed entity or incremental and malleable, continuing to develop as one gains skills and knowledge. Learning goals are associated with the latter although a person can be motivated for learning and performance. Learning goals have been found to be positively related to seeking help, self-efficacy, and cognitive strategy use.

The development of Canadian literature in the 21st century

The development of Canadian literature in the 21st century