Language acquisition as a mental process 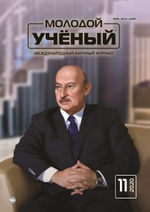 Nowadays, more and more people are learning English language for various reasons: getting a good job, a chance to get educated (academic purpose) or opportunity to emigrate to another country and so on. Many researchers have investigated a lot of efforts to help the language learners achieve the language proficiency more easily and faster and the important elements for the English study are found.

There is much scientific research on how we learn languages, which now gives us greater understanding of the role of ‘acquiring language’ in relation to ‘learning language’. Infants and young children can be very good at acquiring languages when they are used in the home, and this is one reason why people sometimes think that we learn languages best when we are very young. Older children and adults tend to be taught languages, usually in language learning classrooms or increasingly through computer-aided programmes. Successful language learning can be achieved when people have the opportunity to receive instruction, and at the same time experience real-life situations in which they can acquire the language. [1, p.27]

When a baby is born it has a natural ability to acquire language, which it does from the earliest point of life. This ability to acquire language lays the basis for learning language, learning about the world and developing skills of human communication. But if a parent hardly bothered to speak or otherwise attempt to communicate with his/her baby, then that child would be unlikely to learn language as well and as quickly as other children of the same age. [1, p.56] In other words, although babies are born with the capacity to learn language, it is the opportunities they have to use this capacity and learn by doing which is a key success factor. Language acquisition and learning differ from each other.

The brain is biologically primed to acquire language right from the very start of life; the process of language acquisition needs the catalyst of experience. There is an inverse relationship between age and the effectiveness of learning many aspects of language — in general, the younger the age of exposure, the more successful the learning — and neuroscience has started to identify how the brain processes language differently among young children compared with more mature people. This understanding is relevant to education policies especially regarding foreign language instruction which often does not begin until adolescence. Adolescents and adults, of course, can also learn a language anew, but it presents greater difficulties. The dual importance in the brain of sounds (phonetics) and of the direct processing of meaning (semantics) can inform the classic debate in teaching reading between the development of specific phonetic skills, sometimes referred to as “syllabic instruction”, and “whole language” text immersion. [5, 72] Understanding how both processes are at work argues for a balanced approach to literacy instruction that may target more phonetics or more “whole language” learning, depending on the morphology of the language concerned.

Science has always been interested in how the brain processes information. The cortex is not flat but covered with bumps and indentations. The bumps on the surface of the brain are called gyri (singular: gyrus) and the depressions are called fissures. Scientists use certain fissures to demarcate particular areas of the brain. One of the most important of these is the Sylvian Fissure, the large horizontal fold located in the middle of each hemisphere separating the temporal lobe from the frontal lobe of the brain. Several portions of the cortex are specialized to perform particular functions that play a role in language use.

Some practitioners believe that for most people the functions of the brain are attributed to the left side and the right side as follows, although this is not the case for everyone. Our left brain is strong on Language, Mathematics formulae, Detail, Logic, Analysis, Song script, Number, Sequences and right brain is strong on Music and rhythm, Color, Big picture, Creativity, Forms and patterns, Spatial awareness, Imagination and visualization, Daydreaming. Teachers can empower learners by encouraging them to talk about activities that use both sides of the brain.