The problem of extreme conditions of professional activity (System-Theoretical Analysis) 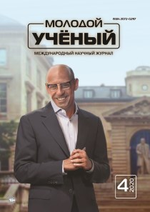 “Whoever says anything, but in prison life there is no romance — only cruelty, suffering, dirt, and a habit will be developed voluntarily or involuntarily” [1].

Professional activity, as socially determined, conscious, purposeful work, is the main type of human activity. There are many definitions of labor and work. Platonov K. K. believes that human labor is a unity of the mental and physical. According to the definition of Pryazhnikov N. S., labor is an expedient productive activity that has its own definite result [2].

The occupational activities of the subject can be carried out both under normal conditions and in extreme conditions. According to Ilyina V. V.n extremeness is not only the nature of any situation or conditions, but also an indicator of the internal psychological state [3]. Dolinko V. I. clarifies that extreme conditions and situations are associated with experiences and stresses, fraught with grave consequences in life [4]. Given all of the above and speaking about extreme (from lat. — extremum — extreme) conditions, we mean conditions that go beyond the norm and have distinctive and especially dangerous aspects of their activities for the psychological health of a person.

An analysis of the specialized literature indicates that there are a number of professions that are significant for humanity in which work is performed under similar conditions. Cosmonauts (Lebedev V. I., 2001; Myasnikov V. I., 2000), submariners (Koroleva I. N., 2015; Kostrov A. N., 2003), polar explorers (Aldasheva A. A., 1984), climbers (Malkin V. B., 1973) miners (Tokman A. A., 2004), etc. specialties can be attributed to a special, psychological risk group. This system-theoretical analysis of the problem is devoted to the study of the environment of employees of correctional institutions, and the impact on them of specific working conditions.

The analysis of legal and psychological literature (Glotochkin A. D., Debolsky M. G., Dmitriev Y. A., Pirozhkov V. F. and others) indicates that the problem of the personality of the employee of the penitentiary system is sufficiently relevant and important.

It should be borne in mind that the activities of the employees of the penal system is, first of all, a form of public service. Service activities are associated with high physical exertion, the requirement for psychological stability and internal readiness at any time to use weapons and prevent an emergency. The employee is fully regulated by law and the ethics of professional activity, in connection with which, he is responsible for any of his actions.

The workplace, strict observance of the charter and daily routine, mismatch of sleep and wake rhythms, restriction of information, the contingent of convicts, all this to some extent leaves its negative imprint on the employee’s personality. Professional activities are accompanied by such stress factors as: danger, surprise, uncertainty, accelerated pace of action, lack of time. Specialists working in the penal correction system are responsible for isolating the criminals from society, however, when executing the punishment of convicts, the employees themselves are also isolated.

Under the group isolation is understood the long stay of the group in a confined space, as a result of which emotional tension arises in interpersonal relationships, communication is disturbed due to asthenia of the nervous system, limited sensory influences. Lost the adequacy of communication partners [5]. According to Trofimova M. V., isolation of individuals, is characterized by constant emotional arousal, tension, the prevalence of negative emotions, often with a stable antisocial orientation, which inevitably leads to conflicts, aggressive manifestations (both obvious and indirect) even without apparent reasons [6].

It is advisable to note that any isolation, as if in space, under water, on the ground, on top of a mountain or in other limited space, contributes to stress [7]. In such conditions, professional deviations, deformations and degradations arise, which negatively affect not only official performance, but also the personality of the employee. As a result, instability is created, giving rise to mental tension. At the same time, stressful conditions are formed that can lead to the destruction of both mental health and a decrease in labor efficiency [8].

With an increase in work experience, the risk of manifestation of the phenomenon of professional burnout increases, which manifests itself in the following aspects: emotional exhaustion is expressed by a feeling of emotional overstrain and a feeling of emptiness, exhaustion of one's own emotional resources. It can be associated with a feeling of «muffled», «dull» emotions. Depersonalization is a tendency to develop a negative, soulless, cynical attitude towards others, while contacts become formal and impersonal. Emerging negative attitudes at first can be hidden, but over time they can manifest outbreaks of irritation, conflicts. The reduction of personal achievements is defined as a decrease in the feeling of competence in work, dissatisfaction with oneself, a decrease in the value of one's activities, and negative self-perception in a professional sense [9].

A distinctive feature of experiencing such stress is the use by employees of coping behavior (purposeful social behavior that allows the subject to cope with a difficult life situation (or stressor) in ways that are adequate to personal characteristics and the situation — through conscious action strategies [10].) Of psychological defense mechanisms. The activation of such mechanisms is necessary in such conditions. Primitive methods of protection are most often manifested, such as denial, isolation, conversion, suppression, and alcoholization [11].

Based on the foregoing, it is necessary to conclude that the problem of professional functioning within isolation is especially significant. The conditions under study have a greater negative effect, causing changes in the destructive plan. Accordingly, the question of preventing such changes is raised. When receiving personnel in penal correction systems, it is necessary to take into account the parameters of a person's resistance to penitentiary stress. These include the state of physical health, communicative and adaptive abilities, emotional intelligence, as well as a stable system of moral values. The combination of such significant qualities for the employee allows more successful professional career activities.

Pogadayeva E. V. believes that an effective employee is primarily a person who is mature in social, psychological and personal terms, with high intelligence, emotionally stable, able to adequately perceive reality and control himself [12].