The combination of national dance and ethnographic tourism 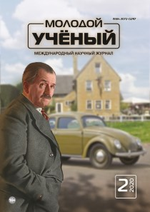 This article discusses the importance of Uzbek dance in the study of ethnography and that dance is one of the main tools in studying the historical and cultural development of the nation. Here are some ideas from the George Washington University professor about Uzbek dance. It is worth noting that the existing dance culture in Uzbekistan is not repeated in other nations. The development of ethnographic tourism has been proposed to combine dance art.

According to “The Statesman”, travel across Uzbekistan will enable the tourist to enrich his or her spiritual world. [1] To date, the Uzbek dance has not changed much. As before, they talk about an event or event and do not serve to express themselves, and their extensive repertoire demonstrates the importance of dance to the country's culture.

Lorel Victoria Gray, achoreographer and dancer from the George Washington University University, the head of the “Silk Road” dance company, said in an interview:

“Uzbek dance is my part” I discovered for myself that there are many other nations and republics in the Union besides Russians, and they have different languages, arts, culture, history, customs and traditions. By the way, while I was in school, I had the opportunity to travel to several countries of the Union, including Uzbekistan. I still remember when I first saw the satin glittering in Chorsu bazaar in a rainbow, and I shouted «what a nice fabric». My travels have made me admirable, and in a word, your country has fascinated me. The Uzbek dance art is based primarily on honor, dignity, passion, and unique elegance. His philosophy is peculiar, and that's it! Even in the folk dance of women and men, the Uzbek folk dances, often in the form of circles, are infamous. This is what I often tell my students. I say to them, «Uzbek dance is not your tango!" I understand the philosophy of Uzbek dance. I insist on keeping the originality not only in dance but also in private life.After all, the dancer's personal behavior should be in harmony with the national dance of the people she plays. More precisely, harmony means respect. That is why I am only a girl and a boy with the same qualities. ” [2]

Dance — is an art form that is expressed in rhythmic body movements similar to music. Dance exists in different cultures and is played as a form of expression of emotions, social connections, or for entertainment. [3] It is said, but entertainment for the Uzbek dance is a joke. Uzbek dances are performed in close contact with social life, nature, imagination and honor.

The performers use kicks, applause and rust to represent the content of Uzbek dances. Some dances are performed in such things as scarves and bowls, and sometimes the performers make their own instruments (kayak, circle, drums, etc.). In Western European dance, the movements of the limbs are the most important part of the body, and the movements of the hands and the body are preferable. In the East, hand and body movements are the main means of plastic expression. Stage dance relies on folk art, preserves and develops its heritage and distinctive qualities. [3]

The Uzbek national dance is beautiful and reflects the beauty of the Uzbek people. The main difference between Uzbek dance and other eastern dance is, firstly, the emphasis on complex and expressive hand movements, and on the other, the rich facial expressions. There are two types of Uzbek dance — traditional classical dance and folk dance. [4]

The classics are designed for performances. He has been trained and performed not only in the republic but also around the world. People can be found in family circles, at weddings and at major folk festivals. [5] Classical traditional Uzbek dance is art that is grown in special dance schools and then displayed on a large stage. There are three schools of Uzbek dance: Ferghana, Bukhara and Khorezm. Each of these schools has its own peculiarities, aesthetics and choreography.

Khorezm School. The difference between Khorezm and other dances in Uzbekistan is that it has a vibrant energy, a taste of life and a bright temperament. The traditions of the Khorezm dance have been preserved for hundreds of years and are still alive today. The philosophy of this dance is an expression of love for life, nature, and labor as reflected in choreography: gestures mimic it here, imitating the animal and bird world, actions that resemble workers and daily activities. One of the distinctive features of Khorezmian dance is the sharpness and pauses in some poses. The difference between Bukhara and Ferghana schools is that there are practically no circuits in Khorezm. The most famous and well-known dance in Khorezm is «Lazgi», close to the famous Lezginka. [5]

Many dances include imitation of the fauna — pigeons, goats, cats, roosters and lambs, kites, geese, quail and tiger. Many dance elements in this area are associated with circus art, and masters of «high-skill» dance with fire, knives or hanging objects. The most influential and popular Khorezmian dances are «Lazgi», «Liquid Dance» and «Broken Finger Dance». The last one is related to the old legend that the king's maid will fall down one day and break her fingers. He plays with his fingers bent to avoid damaging his beloved partner. The king is pleased and accepts the girl's strange behavior as a new type of dance. Now it is one of the most popular Khorezmian dance styles. [6]

Bukhara School. In many ways, the Bukhara dances are like Khorezm dances — there is some energy and enthusiasm here, but the movements of the dancers are quite different. Here you will see a great combination of primitive dance forms with elegant movements: sharp movement replaced by plastic shaking, slow rotation and more. One of the features of the Bukhara dance is the emphasis on the upper part of the body: hands, shoulders, neck, chest. Also, dancers from Bukhara sometimes use two extra simple musical instruments — «kayak» (caste-like metal tiles) and «rust» (bracelets on wrists and boats). [5]

Fergana school. Lyrical, soft, plastic — Ferghana dance can be described as such. Smooth movements of hands, playful movements of the head with disgusting look dominate in this dance. Unlike Khorezm and Bukhara, which are strictly choreographed, improvisation is popular in Fergana. However, there is a special rule: it is common for the hands to look upwards, while palms in other dance schools can be anything. Also, in contrast to the wildlife imitation of Khorezmian dances, Fergana dances depict human relationships, but also mostly lyrical and romantic. [5]

One of the most popular dances in the Ferghana Valley is «Tanovar». The word «body» consists of two parts — «body» — body or soul, «hunt» — soothing, that is, «heart rest». Each act of this dance is a reflection of a woman's heart whining about her love. [6]

There are a lot of folk dances and they vary greatly by region. Sometimes performers do not have special training and proven equipment, but their actions are always emotional and expressive. Folk dancing is a small play, in which dancers not only display daily concerns, but also do things that are not typical for other dance schools, such as dishes, spinning machines and other household items. [5] Each region has its own style, costume and music. Each folk dance is a stage show that tells the story of their culture, history and life.

Uzbek dance is old enough! Archaeological artifacts found on the territory of Central Asia, including Uzbekistan, show that dance is very odl. The Zoroastrian book “Avesto” began to develop in the dance industry and began to develop both folk and professional dance.

Greek — Bactrian kingdom (4th-3rd centuries BC) The degree of Turan dance allowed the dance of Greece, Byzantium, India and China. As the urban culture evolves, this art becomes more meaningful and diverse. From the 4 th to the 8 th centuries dancers from Uzbekistan, such as Samarkand, Bukhara, Shakhrisabz and Tashkent, traveled to the Great Silk Route to Roman, Egypt, Western countries, China, Korea and even Japan to the East. In China, for example, the dance of our ancestors «Husyuanu» was popular. The poet was praised by Yuan Zhang (776–831) and others.

Dance art flourished, especially during the reign of Amir Temur and the Temurids. It played a big role in women. These include games around the fire, games involving Anahita and Rustam, Maqom dances, and Argus. Munojot, Tanavor and Lazgi dances were also featured in the program. In the second half of the 15th and early 16th centuries, the masters of dance nicknamed Sayyid badr, Tohir chakka, Mohchuchuk, Maqsudali, Big Moh, Little Mohammed. In this period, the dance arts developed in the direction of folk dance and skilled dance.

As the ethnography of each nation (ethnic group) is studied, it focuses on each aspect of the cultural development stages. This includes folk dances. As mentioned above, the Uzbek dance is a vivid reflection of our rich culture.

In the development of ethnographic tourism, it is important to study the history and culture of national dance deeply and promote it around the world. The media, the press and the internet are important tools for this.