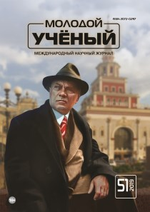 The advancement of the linguistic personality as a strategic guideline of school educational policy is dictated both by the very essence of this phenomenon and by the status of the speech development of the personality as the basis of any education. Cognitive aspects of the functioning of the personality, human intelligence are manifested in the language. A linguistic personality consists of a person’s ability to carry out various types of speech-thinking activity and use various kinds of communicative roles in the conditions of social interaction of people with each other and the world around them. A linguistic personality is a universal, general educational category that has access to such personality traits of an individual as emancipation, creativity, independence, the ability to build interaction and mutual understanding with communication partners (social interaction), to be included in modern world processes of civilization development, to improve human society. In this sense, this category, having integrative quality, unites all academic subjects and should become the object of formation at the level of all academic disciplines in any type of educational institution.

The average level of goal-setting is the construction of learning objectives for a specific subject, and, therefore, it should be formulated in the proper methodological categories. As you know, the social order of society in relation to the foreign language education of its citizens for almost the entire twentieth century consisted in the quality of ownership of the subject. Indeed, the well-known changes from grammar-translation methods to direct ones are further associated with the turn of the methodology to the problem of practical mastery of a foreign language by a student. However, the very concept of “practical knowledge of a foreign language” was clarified depending on the level of development of the methodology and related sciences. Only in the last thirty years, the practical goals of teaching a subject were understood to be: “mastering speech within a certain framework”; “The formation of skills to understand the thoughts of other people (in oral and written forms) and the expression of their thoughts (also in oral and written forms)”; «The development of speech skills in all types of speech activity”; “Teaching communication in a foreign language in the unity of all its functions: cognitive, regulatory, value-orientational, etiquette”.

It is obvious that such dynamics in the development of the interpretation of the goal of teaching a foreign language reflects the essence of the development of the methodology as a science and related fields of scientific knowledge. An analysis of modern approaches to goal setting shows that there is no single point of view on this problem among methodologists. In our opinion, a positive trend is the general tendency to put forward the development of communication skills in a foreign language as the goal of training, because such a goal reflects a broad social view of the nature of the language and fully takes into account the specifics of the object of study in a foreign language lesson. But is it legitimate to put it (the goal) as the main (strategic in relation to teaching a foreign language)? In this regard, it seems to us necessary to understand the tasks of teaching a foreign language more broadly than simply providing practical knowledge of foreign language communication. Other important tasks related to the acquisition of knowledge of the language and, through the language, the culture of the people concerned should also be in sight. The focus solely on the assimilation by students of practical skills and abilities does not allow taking into account the variety of possible motivations of students in the study of the subject. After all, it is well known that, not for all students, communicative motivation is the main engine in mastering a foreign language. This may be the student’s desire to deepen the sphere of his cognitive activity, for others the beauty of the sound of the language itself is essential, and for others it is love and interest in the culture of another country.

This is not to say that the methodology did not attempt to correlate the specifics in teaching a foreign language with the general orientation of the entire school system to the formation of the student’s personality. The solution to this problem was carried out in terms of understanding the educational potential of the subject «Foreign Language». So, for decades in the domestic methodology the idea of a comprehensive implementation of practical, educational, educational and developmental learning tasks with the leading role of the former has been developed. The promotion of the practical aspect to the first place is dictated by the specifics of the subject. At the same time, the idea was postulated that the methodological system is intended to reflect the dynamic process of solving interacting and intertwined practical, educational, educational and developmental learning tasks. The effectiveness of the educational process in a foreign language is fully ensured by the teacher’s ability to carry out integrated planning tasks for training, education and development of students. Overall, sharing the importance of posing the problem of developing and educating students in the process of learning a foreign language, we want to note that its implementation based on an integrated approach to achieving goals is a very complicated matter. This is because declaring a practical goal as the leading one naturally transfers the other three goals to the category of secondary ones. The consequence of this “unequal” attitude to the target components is often an excessive “pursuit” of stable speech skills and abilities to the detriment of the developing, educational and educational aspects of training. In the history of the domestic methodology, enough evidence can be found in favor of the illegitimacy of hypertrophy of various goals, the result of which is the practical discrepancy between declarative goals at the institutional level and real results.

The specified goal should be reflected at the level of regulatory documents related to the sphere of a foreign language as a school subject, primarily at the federal level, and determining the strategy and tactics of language teaching in the country. Such documents include methodological concepts of teaching a foreign language, a basic standard for teaching a subject, a system of levels of knowledge of a foreign language, adopted at the federal level. Therefore, this goal, as we have already noted, can be classified as a strategic goal in relation to the training of IJ; in a certain sense, it develops and improves the traits of the linguistic personality of the learner, but this is done on the basis and taking into account the specifics of the object of assimilation — a foreign language.

In our opinion, in secondary school it is logical to pose the question of whether the majority of students achieve the zero, verbal-semantic level of the structure of the secondary language personality. It is at this level that students must learn to operate (produce and recognize) structural and systemic units inherent in all areas of communication and representing the national linguistic personality as a generalized image of the corresponding linguistic type. From this perspective, the question is raised about the formation of secondary language consciousness among students. Along with this, the formation of secondary cognitive consciousness among students — the foreign picture of the world — is equally important. However, we are aware that the formation of a secondary linguistic personality at the thesaurus level in isolation from the natural linguistic environment is hardly possible. But we do not exclude the possibility that in some cases, for example, in the conditions of teaching a foreign language in linguistic schools, it is permissible for students to master the elements of the semiotic code of the studied culture, in which students are connected to a different “picture of the world” realized in the thesaurus of the foreign person. We can talk about certain limitations in achieving the first level of a linguistic personality in the presence of favorable conditions for solving this problem (quality of teacher training, the possibility of direct contact with native speakers of the language being studied, etc.).