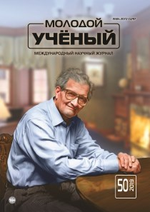 It is well known that in professional communication the concept of “education system in the field of foreign language” can be used in at least three senses:

– as a process or a set of educational processes in foreign language;

– as a socio-cultural sphere of activity on introducing citizens of the society to foreign language.

In addition, this is not accidental, because the educational system in the field of foreign language is a complexly organized social object, the analysis of which is accompanied by various “cuts” from this object, each of which represents a certain picture of the whole. In its turn, the education system in the field of foreign language is only a separate element of the general education system in our country, and the analysis of the former (even with the recognition of its objectively existing specifics) cannot but take into account this circumstance.

However, regardless of which aspect of the concept of “education system in the field of foreign language” is the subject of consideration, it should be borne in mind that the functioning of this complex social system is not only the interaction of its elements with each other — the system of teaching the subject is in the closest relations with the environment in which it exists and develops.

The whole set of factors determining the specifics of the education system in the field of foreign language at all its levels and in all aspects of consideration can be conditionally divided into five groups: socio-economic and political factors, socio-pedagogical, socio-cultural, methodological, and individual.

The first group of factors are the so-called socio-economic and political factors. Socio-political factors should take precedence, as they determine whether foreign language training will take place at all. As for economic factors, their significance is currently growing immeasurably because school transformations in the world and in our country have an increasingly consistent economic justification, and there is a long-term trend, according to scientists, that the interrelations of the economy and education are strengthened. Ideology, the state and its economic demands, traditions and rituals of pedagogical consciousness were and remain the leading guidelines for education in society. Since the education system in the field of foreign languages is one of the subsystems of the general education system, the remark made has the most direct relation to it.

The higher the social need for knowledge of the language and the specialists who own one or several foreign languages, the more significant the pragmatic aspects of teaching a subject become. The higher the society’s need for new professional, personal, cultural, scientific contacts with native speakers of foreign languages, with the achievements of the culture of different countries and the more real the opportunity to realize these contacts, the naturally higher the status of IE as a means of communication and mutual understanding.

Currently, this status is becoming even more significant, as a consequence of certain factors characteristic of modern society:

– access to experience and knowledge in the world, great information wealth, including as a result of the development of international media;

– interstate integration in the field of education and, consequently, the possibility of quality education at home and abroad (it can almost be said that the study of foreign languages at the proper level is an indicator of modern education).

The openness of the policy of any state to the world community stimulates the processes of integration and internationalization of different spheres of human activity. The world is becoming “smaller and smaller”, the concept of “community of people” is changing: representatives of different nationalities are beginning to feel more and more their belonging to a community of a larger order than the “national community” to which they belong. It is interesting that the term “mobility”, which is understood as: has come into use by Western European politicians, educators, and methodologists.

– the right to freedom of movement and universal residence within the countries of the European Union;

– the right to be free to receive professional education not only in one’s own country, but also in neighboring states;

– the ability of a person to adapt to modern living conditions in a multicultural society;

– the ability to even establish contact with native speakers at an elementary level;

In the changed conditions, a person in his daily, including professional, life more and more often «encounters” foreign languages. Moreover, integration social processes change not only the status of foreign languages in society, but also the functions performed by them in this society. Establishing mutual understanding among peoples becomes priority; providing access to the diversity of world politics and culture.

Since it is becoming increasingly difficult to navigate in a new situation without the ability for intellectual and social interaction with people speaking other languages, the term “orientation” is proposed instead of the term “communication”. Thus, the language is considered as a tool that allows a person to better navigate in the world around him; with its help it is possible to create new world models and new world knowledge.

Therefore, knowledge of foreign languages is becoming in modern society a necessary part of a person’s personal and professional life. All this as a whole raises the need for a large number of citizens who practically speak one or several foreign languages and in this connection receive real chances to occupy a more prestigious position in society both socially and materially. From this it is clear that the social order of society in relation to foreign languages in connection with the presence of a real exit to another culture and its representatives is expressed not only in practical knowledge of languages, but also in the ability to use this language in real communication.