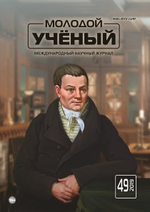 The article analyzes the experience of leading experts in finding technologies for teaching foreign languages ​​of various categories of adult students and discusses new approaches to this task.

In recent years, a lot of work has been done in the Republic of Uzbekistan to improve the teaching of foreign languages ​​in educational institutions of various types, starting from elementary grades of schools, colleges, lyceums, institutes, and universities, as well as training centers and courses. Among other things, the number of studies on teaching methodology conducted on the experience and materials of universities of linguistic and non-linguistic specialties has significantly increased. At the same time, a new type of organization of adult education for professionals remains insufficiently studied. Obviously, adult education is an integral part of the modern education system. The qualification requirements for applicants for one or another — somewhat significant — positions require knowledge of a foreign language at a level that allows direct communication with foreign partners and colleagues. This means that at the present stage of development of a foreign language acquires particular relevance adult education in general and especially of the categories described above. The concept of adult education — as opposed to the usual teaching foreign languages ​​- began to take shape at the turn of the 20th and 21st centuries, simultaneously with the recognition of new priorities in the education system: increasing the effectiveness of international cooperation in the professional sphere, expanding access to information, developing personal contacts and “public diplomacy”, humanizing relations between people, etc.

Today, the system of additional adult education in foreign languages ​​is becoming an integral part of continuing education of professionals, which has been introduced in Western countries for quite some time — for decades. At the same time, in the last decade, a new pedagogical direction has appeared on the educational environment, which has pronounced specific features that distinguish them from non-adult training. This pedagogical direction is called «andragogy» (This term comes from a Greek word meaning «adult»).

The sources of this theory are: M.Sh. Knowles, P. Jarvis, D. Minton and others. In Russian science, S. I. Zmeev, T. E. Zmeeva, A. A. Makarenya, Yu.N. Drescher et al. (See [1], [4], [5] for a bibliography). Both of them call andragogy the science of helping adults in learning, which must be applied differentially to different contingents of adult students, depending on the learning situation.

Comparing the pedagogical model of learning, which involves the formation of knowledge, skills and abilities for the future, which is not always clearly understood by the trainees, and the andragogic model of learning, the results of which are needed today, the conclusions are inevitable that both education is equally necessary for the framework of continuing education. Therefore participants in scientific discussions are inevitably forced to admit that both pedagogy and andragogy are components of the science of education. Both of them confirm the undeniable idea of “life-long” education, which has long been introduced in other areas of human professional activity, both in developed countries and already in the post-Soviet space. However, in the conditions of the rapid development of science and the rapid updating of information, it is impossible to teach a person for life, it is important to form in him an interest in the accumulation of knowledge, in continuous self-education. Given the relevance of this process, it seems legitimate to talk about the formation of trainees so called self-educational competence (SC) as the ability to maintain and improve in the process of self-education a level of knowledge of a foreign language.

Observations and studies conducted by many experts show that the pedagogical direction under discussion is aimed at students who already have higher education, work experience and, accordingly, adulthood. Estimated Level of Training students in a foreign language should be enough high, enabling the professional to solve business problems with foreign partners at a professional level. Data obtained by teachers psychology, let us say that high positive motivation can play the role of a compensatory factor in case of insufficiently high special abilities or insufficient supply of the required knowledge to the trainees, which is especially true for adult learners [4].

Recent scientific studies have shown that a person can effectively learn practically throughout his life, that the ability to educate adults from 20 to 60 years does not change significantly, and in people with mental labor these abilities persist for longer. In addition, such positive qualities appear that are important for the learning process, such as life experience, the rationality of conclusions, a tendency to analysis, etc. [6]. And as a result: life and professional experience of students, as well as a high level of motivation, allows them to understand and clearly formulate the goals of learning a foreign language. Undoubtedly, it is this fact that significantly affects the ability to remember and learn the language as a whole. Motivation, as it were, compensates for what is already “lost” in adulthood in the development of psychological processes. It is known that in adulthood, the role of thinking and attention increases with a decreasing level of memory. Experience shows that the contingent under consideration has a high level of development of verbal-logical, and not visual-effective or substantive thinking, which undoubtedly leaves its mark on the teaching methodology. For example, when teaching grammar, students, of course, will prefer diagrams, graphs, and tables to a variety of pictures or actions and gestures.

As for memory, many psychologists identify its main components: capture, preservation, and reproduction. They note that with age, various types of imprinting work unevenly and tend to decrease. Especially susceptible to change is the so-called auditory modality imprinting: its reduction is planned after 31 years (for the teacher, this is primarily listening and the great difficulties that are associated with it). Gerontologists argue that verbal imprinting in visual modality decreases 3–4 years later than in auditory modality.

Significant support for a teacher of a foreign language in these conditions is the attention of students. At the age of 18 to 21, it takes fourth place, and in the subsequent post-student years, it firmly retains second place. Many students are characterized by developed voluntary attention, which allows them to focus on one object for a long time with the necessary setup («I need a lot of vocabulary, a lot of grammar»). At the same time, up to 33 years of age, age-related changes in the volume, switching, and selectivity of attention are progressive and starting from 34 years their overall decline. An important role in language acquisition material during classwork these features. Organization problems outside of classroom and independent work return us to the need to form the self-educational competence (SC) of the students mentioned above.

This position is convincingly confirmed by V.Ya. Liaudis [6], [7], who substantiated the psychological differences between the traditional and relevant today, innovative education strategies, and argued that learning is a transformative activity, and innovative methods are an awareness of the dialogical nature of learning. The dialogue is inexhaustible, competent and comprehensible to each other. It is important for a teacher of a foreign language to find a set of adequate methodological techniques that would help students, firstly, to “preserve” their professional dignity and, secondly, to significantly improve their foreign language skills.

Business plan as an instrument for strategic business management

Divide students into groups, they should write the longest word that begins with each letter. Score a team with a point per word.

As per the extant literature, adopting quality into building process is therefore utmost important. In construction, failure can result from malfunction on the part of constructor, designer, or even owner.

The product of all these factors results in total potential for each measure permutation. Costs are then developed by using the “cost per energy saved” for each measure applied to the total savings...

The article discusses improving the management system and optimization of business processes of higher education, in particular by the example of the department. The need to improve the...

Business plan as an instrument for strategic business management

Divide students into groups, they should write the longest word that begins with each letter. Score a team with a point per word.

As per the extant literature, adopting quality into building process is therefore utmost important. In construction, failure can result from malfunction on the part of constructor, designer, or even owner.

The product of all these factors results in total potential for each measure permutation. Costs are then developed by using the “cost per energy saved” for each measure applied to the total savings...

The article discusses improving the management system and optimization of business processes of higher education, in particular by the example of the department. The need to improve the...