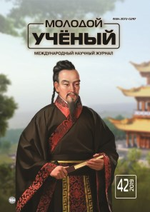 When translating texts from one juridical system into another the differences between those systems have to be taken into consideration. The level of equivalence of terms depends on the extent of relatedness of the juridical systems and not of the languages involved. In theory, the most accurate official translations of juridical contracts in terms of juridical terminology transfer would be the ones in which nothing was hidden from the reader, all problems were elaborated on and all defects of the original were noted. As we mentioned above, juridical language is formalised at lexical, syntactic, textual and generic levels. Juridical terms are not emotionally charged in English contracts, thus their official translations into Uzbek, Russian should be the same. The essential meaning of many terms is inherently connected with the traditions of the juridical culture they originate from and with their context, and thus the terminology always has to be assessed separately in relation to various circumstances. Therefore, a translator who deals with the aforementioned type of translation would benefit from at least a certain degree of juridical training, ideally in both source and target languages, in order to resolve terminological issues. The certain tendencies in juridical translation and the opinions of experienced professionals confirm this view. This is particularly important when translating and, if necessary, also when interpreting the undefined statements, incongruent juridical terminology and semi-technical terms of which practical examples have been analyzed in this work. In official translations of contracts any such interpretation must be approached with caution since, as highlighted in this assignment, “for the translator, the purpose of interpretation is to decide on the closest possible equivalence in the target language, while for the judge it is to match up the resulting propositions against the definitions established in existing law.”

The research methods of translation of juridical terms, carried out on the basis of English juridical documents, revealed that there are many ways of their translation from English into Uzbek and Russian.

Among the most used lexical transformations are the following:

– calquing — reproduction of not a sound but combinatorial structure of a word or word-combination, when components of the word (morphemes) or phrase (lexemes) are translated by the corresponding language elements;

– transliteration — formal reproduction of an original lexical unit using the alphabet of a target language;

– transcription — formal reproduction of an original lexical unit using phonemes of the language of translation;

1) translation from SL to TL by using words and phrases literally reproducing the words and expressions in English (the so-called calques);

2) translation through the use of the genitive case;

4) translation of one member of a term word-combination by several explanatory words;

5) translation with a change of the components order of the attribute group[2].

Before starting translation of terminological units, we have analyzed its components according to well-known rules. So, we determined which parts of speech are the components of the term, then identified to which type of dictionaries the term refer (general vocabulary or special), after distinguishing the type of term and finally defined the type of multicomponent term.

After that we proceed to the translation. Below, we present our examples with the analyses of their translations.

The Home Office — thus Home is an adjective; Office is a noun. So, the word office is the main component and home is a defining component.

So, this is a two-component term combination which consists of an adjective and a noun, both words belong to general vocabulary, but in combination give new meaning to each other and create the term. While translating the word «Home» its meaning changes, as it depends on the main component of the combination «Office». Hence, the word «Home» will be translated in accordance with the meaning «Office». When translating the entire phrase into Uzbek and Russian we used the method of genitive case and got The Home Office — Ички ишлар вазирлиги — Министерство внутренних дел.

Trial of Offences — thus Trial is a noun; Offences is a noun. So, the word trial is the main component and offences is a defining component, both words are terms.

This is a two-component term combination which consists of two nouns linked by the preposition. This term we have translated into Russian using the genitive case and retained the original word order. But when we translated into Uzbek, we had to change the word order. In the process of translation, the phrase has lost a pretext, and therefore changed the grammatical relationship. So, we got Trial of Offences — жиноий ишни судда кўриб чиқиш — судебное разбирательство преступления.

Public — халқ (Uzbek); — народный (Russian); are the words of general vocabulary; Prosecutor — прокурор is a term.

This is a term-combination that consists of three words, only one of which is a term. The translation method that is most appropriate for this terminological unit is calques keeping the same order of the original words. So, Independent Public Prosecutor — мустақил халқ прокурори — независимый народный прокурор.

Grand of Bail - Grand is a noun; Bail is a noun. So, the word bail is the main component and grand is a defining component. Both words are terms.

This is a term combination that consists of two components connected grammatically with the preposition. In this case we translated using the preposition and preserved the original order of the components. Also, it is necessary to use the method of addition in Russian translation. So, in this way we get Grand of Bail — бировни кафилга олмоқ — ходатайство о взятии на поруки.

Hence, the theoretical and practical study of English-Uzbek-Russian translation of juridical terminology makes it possible to draw a conclusion that an obligatory precondition of the adequate translation of juridical terminology is the translator’s ability to analyze the structure of a foreign language term correctly, to identify grammar difficulties and identify the exact equivalent in conformity with the target language norms by choosing the appropriate method of translation.