Composition of the source of fish seed exploited at the Thu bon estuary, Quang Nam province 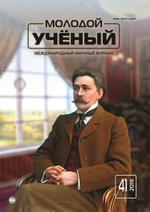 This paper presents the survey results on fish seed sources exploited at Thu Bon estuary, Quang Nam Province (VietNam) through 12 researches were conducted from May 5, 2017–12/2017 in different types of gear fishing: push net, filter net, light finder and trap. Results of identification of 215 samples of collected fingerlings have identified 11 species belonging to 5 families, 1 order. In particular, groupers (Serranidae) has 7 species, snappers (Lutjanidae), scads (Carangidae), scats (Scatophagidae) and rabbitfishes (Siganidae) have 1 species. Many fish species are high economic value and preferred aquaculture in Vietnam such as Yellow grouper (Epinephelus awoara), Orange-spotted grouper (E. coioides), Malabar grouper (E. malabaricus), and Orange-spotted spinefoot (Siganus guttatus). The season of the appearance of the breed varies from species to species, the group of juvenile grouper usually appears from February to April of the lunar calendar, then there is a batch in June of the lunar calendar. Golden rabbift fish, snapper and butter fish seed appear in June to August of the lunar calendar. This is the scientific basis for the management and conservation of fish resources in this estuary.

Coastal areas make up only 10 % of total ocean area, but contain up to 90 % of marine species. It is home to a wide range of species, ecosystem types, and genetic resources (Bray, 1981). In the tropics, specific ecosystems such as coral reefs, mangroves and seagrass beds are places of remarkable biological productivity, storing the potential for biological resources for coastal seas and surrounding areas (Martinho, 2012). The estuary of Thu Bon river in Quang Nam province is a large wetland, located in central of VietNam, with a water surface area of ​​over 500 hectares, with typical tropical ecosystems such as mangroves and seagrass beds. Nguyen Huu Dai et al. (2008) noted that the resources of fingerlings exploited in seagrass beds and mangroves in the lower basin of the Thu Bon River include grouper, rabbit fish, and snapper. There are no statistics on the production of these fingerlings, but during harvest season, the number of fingerlings exceeds consumption level. Research on fish stocks in coastal areas has seen a lot of progress in recent years. Based on the appearance of the seed source component, it is possible to know the ecological role of the water body with the reproduction of resources in the region, contributing to assessing the reserve capacity of marine resources conservation of coastal ecosystems.

The article provides data on the composition of fish species in the Thu Bon estuary, which is the basis for authorities to make policies and plans for management and protection.

2.1 Study area: The study area is the Thu Bon estuary, in central of Vietnam (Figure 1).

Samples of fingerlings were collected in eight months, from May 2017 to December 2018 from four types of fishing gear which fishermen used. Fishing gears work in seagrass beds, nipa palm and in the middle of the river.

Samples were collected continuously over time at nine site (Figure 2). 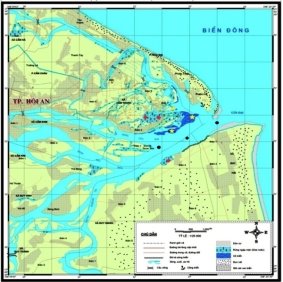 The number of samples (individuals) collected for each group of fish is in Table 1.

Classification of fingerlings was conducted using a string method for fry and fingerlings described by Leis et al. (1983, 1989).

Determine seed value according to the following system: + Species of economic value; ++ Species with economic value and have potential to be put into farming; +++ Species is cultured and has economic value. This system is based on aggregated information (Froese & Pauly, 2018).

3.1 Composition of the source of fish seed in Thu Bon estuary

Analysis 953 collected samples determined that Thu Bon estuary has 12 species of fish seed of economic value, belonging to five families and one order. In particular, the grouper (Serranidae) has 7 species, the snapper (Lutjanidae) has 2 species, the Carangidae family has one species, spotted butterfish (Scatophagidae) has one species, the rabbitfish (Siganidae) have one species (Table 2). The results show that the fingerlings in the Thu Bon estuary are quite diverse, including many species of high economic value, many of which are being cultivated in Vietnam such as yellow grouper (Epinephelus awoara), orange-spotted grouper (Epinephelus coioides), malabar grouper (Epinephelus malabaricus), orange-spotted spine fish (Siganus guttatus) and other economically valuable species such as Carangoides coeruleopinnatus (Table 2).

Composition of the source of fish seed in Thu Bon estuary

The fingerlings of grouper and snapper appear almost all year round in the Thu Bon estuary, but there are two periods when a lot of small fingerlings measuring about 20–30mm length appear, one from March to May in the lunar calendar, and the other from July to August in lunar time. There is one fishing season of orange-spotted spinefoot per year, from July to August in the lunar calendar. At this time, orange-spotted spinefoot fingerling appear with high density right at the estuary on seagrass beds, then the fish spread out into the mangrove forests. The fingerling of this species has high production and revenue levels accounting for over 90 % compared to the remaining species. spotted butterfish has the same fishing season as orange-spotted spinefoot.

Among the collected species, groupers are considered a high economic value seafood product and are favored by the market. Wild grouper is an important source for grouper cage culture in the sea and in ponds. According to many sources in the world, the source of seed for commercial grouper farming is 80 % from wild catch and only about 20 % from artificial reproduction (Rimmer et al., 2006; Sadovy, 2000). Although there has been some progress in the production of artificial grouper, wild caught fish still plays an important role in the commercial grouper farming; Taiwan, for example, is a country that has successfully produced artificial grouper but still uses grouper from the wild, while in other countries the wild caught seed make up from 80–100 % of all groupers. (Rimmer et al., 2006)

Appearance of seed with a large number of species of grouper, snapper and rabbit fish in the Thu Bon estuary indicates that this area still has a population of broodstock right here or in the adjacent sea. This survey is mainly focused on fish species for food and high economic value; Therefore, there are many other fish species that are not exploited such as mullet, eels, etc. which have not been fully surveyed.

Notably among the collected species, there are two species, Grouper (Epinephelus coioides) and Spiny Grouper (Epinephelus malabaricus), that are ranked as near endangered (Near Threat-NT) in the IUCN Red List. They are species of large size, very popular in the market and in farming. Conservation and management therefore need to pay special attention to these species.

The composition of fingerling species in the Thu Bon estuary has 12 species, 5 families and 1 order. In particular, the groupers group (Serranidae) has 7 species, the family snapper family (Lutjanidae) has 2 species, Carangidae has 1 species, spotted butterfish (Scatophagiade), golden rabbit fish (Siganidae) have 1 species. These are many species of high economic value that are being cultured in Vietnam.

This study was funded by Quang Nam Department of science and technology — People’s Committee of Quang Nam Province. Authors would like to thank the fishermen of Hoi An City and Duy Xuyen district who have helped us in this study.