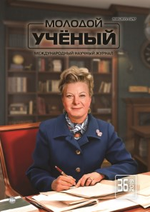 In recent years, in the Republic of Kazakhstan and the Russian Federation there has been a significant increase in interest in the development of alternative energy. However, the percentage of its use remains insignificant. This paper analyzes the current state and prospects for the development and use of alternative energy in these countries. The issues of environmental impact and ensuring energy security are raised.

With the rapid development of the global economy, demand for electricity is constantly growing; environmental pollution and scarcity of resources (especially fossil fuels) are getting worse. In recent years, the situation began to change dramatically. The struggle for the environment, the desire to increase the energy efficiency of economic development contributed to the intensification of efforts in the world to create a greener energy sector, move towards a low-carbon economy. The development and improvement of renewable energy sources is due to the need to form a new energy model, diversify the technological base of power generation, replenish energy shortages and solve global environmental problems. Global demand for renewable energy (RES) is constantly growing. By 2050, an increase in their share in the global energy balance is projected up to 35 % [1]. In almost all developed countries, programs related to alternative energy are being developed and implemented. Its attractiveness is caused by the inexhaustibility of resources, independence from the price situation on world energy markets, and also, importantly, environmental cleanliness. The main advantages of renewable energy — inexhaustibility and environmental friendliness — were the reason for the rapid development of renewable energy abroad and very optimistic forecasts regarding its prospects in the coming decades.

The main reasons for the development of renewable energy sources are the provision of energy and environmental safety, the preservation of the environment, the conquest of world markets for renewable energy sources, the preservation of reserves of own energy resources for future generations, as well as an increase in the consumption of raw materials for non-energy use of fuel [2]. In a word, today the use of renewable energy has become an important and mandatory direction in the development of the energy sector of the future. In Kazakhstan, at the present stage, the national energy strategy is not considered separately from the process of modernization of the country, but is embedded in the national strategy for its industrial and innovative development and linked to a set of measures to form a service-technological economy and the further development of state institutions and society. Issues related to renewable energy, energy efficiency and energy saving are under the control of the Ministry of Industry and New Technologies of the Republic of Kazakhstan, established back in 2004.

According to the data of the indicated ministry, the following types of renewable energy sources are most promising for the territory of Kazakhstan: — wind energy (929 billion kWh per year); — water energy (total hydropotential –170 billion kWh per year, technically feasible for sale –62 billion kWh per year, of which about 8.0 billion kWh per year — the potential of small hydropower plants); — solar energy (photovoltaic installations and solar collectors; the potential of solar energy is estimated at 2.5 billion kWh per year; the development of solar energy is promoted by the world's largest reserves of silicon raw materials (85 million tons)). And Kazakhstan in this regard has all the necessary resources. Total total RES potential is very significant and is estimated at more than 1 trillion. kWh per year. Inefficiency of centralization of power supply in the vast territory of Kazakhstan, occupying 2.7 million square meters. km, and low population density (5.5 people / sq. km) leads to significant energy losses during its transportation. Therefore, the use of renewable energy will reduce the cost of providing electricity to remote settlements, significantly save on the construction of new power lines. In accordance with the Strategic Development Plan of the Republic of Kazakhstan until 2020, the share of renewable energy in the total energy consumption should be more than 3 % — by 2020. The priorities set by the state program for accelerated industrial and innovative development for 2010–2020 provide for an increase in renewable energy production to 1 billion kWh per year, which will exceed 3 % in the energy balance of Kazakhstan [1, 3]. Small hydroelectric power stations are the most actively developing area of using renewable energy sources in the republic. So, in the period from 2007 to 2010 five small hydropower plants with a total installed capacity of about 20 MW were commissioned in the Almaty region. The construction of such hydroelectric power stations operating without retaining dams on small rivers is one of the important directions for improving the energy efficiency of the Kazakhstani economy. According to experts, the construction of cascades of safe small hydropower plants on the rivers of Southern Kazakhstan will bring the best result [4]. In the long term, wind power has the greatest potential. On the territory of 50 thousand square meters. km, which is 2 % of the area of Kazakhstan, the average annual wind speed exceeds 7 m / s. The capabilities of these territories alone are enough to generate 1 trillion. kWh per year, which many times exceeds the republic’s electricity needs. The total annual wind energy potential in Kazakhstan is estimated at 1.8 trillion. kW h, and its density in some places is 10 MW per sq. km In particular, the regions of Northern, Central, Western and Southeast Kazakhstan possess a significant resource, especially the Dzungarian Gate and the Shelek corridor, where the average annual wind speed is 7–9 m / s and 5–9 m / s, respectively, as well as Nur-Sultan, Fort Shevchenko and Arkalyk. Their capabilities from the point of view of using air flows in electricity generation can be called unique [5]. In recent years, there has been a dynamic growth in terms of the development of solar energy. However, the use of solar energy is impossible without state support. Among the countries where such support exists, the United States, Germany, Spain, South Korea and Japan play the most prominent role — there, the development programs for this energy sector have become national. It is they who form the global solar energy market today. Astana Solar LLP offers a wide range of products — from two types of photovoltaic modules to finished solar power plants of various capacities. The company also provides installation services, maintenance services. The company is fully customer-oriented, ready to cooperate in various forms: direct sales of solar panels, expert advice, creating new products, installation. The plant is equipped with new generation European automated equipment, which allows the production of pre-fabricated photovoltaic modules with a total capacity of 50 MW per year (more than 217,000 photovoltaic modules) with an expansion in the future to 100 MW. The company has implemented an integrated system of quality management, environmental management and occupational safety and health management in accordance with ISO 9001: 2008, ISO 14001: 2006 and OHSAS 18001: 2007; certificate of origin CT-KZ, State license for construction and installation works [6].

In the Russian Federation on January 8, 2009, the Government approved the Main directions of state policy in the field of increasing the energy efficiency of the electric power industry based on the use of renewable energy sources for the period until 2020 [7]. In the Russian Federation, the technical resource of renewable energy sources exceeds 24 billion tons of equivalent fuel, and Russia occupies a leading position among the CIS countries in this indicator. In 2008, the share of renewable energy in the structure of electricity production approached 1 %, and taking into account large hydropower plants (25 MW or more) — about 17 %. In heat generation using renewable energy, approximately 3 % of the total heat production was generated. Since 2007, the domestic regulatory framework for renewable energy sources began active development and by the end of the 2000s, the main directions of state policy were formulated in the field of renewable energy sources and the following targets were set: up to 4.5 % (including large hydroelectric power stations — up to 19–20 %). -In the heat generation sector, by 2020, increase the share of renewable energy sources to 4.5 %. In general, all alternative energy in Russia currently produces about 8.5 billion kWh per year, which is less than 1 % of the total Russian output. At the same time, the potential of renewable energy is more than 20 times higher than the annual consumption of primary energy in the country. Russia has reserves of geothermal energy. About 20 % of all generating capacities of the country are concentrated in hydropower plants, 102 large hydroelectric power stations are operating. Russia is the fifth largest producer of hydropower in the world [8]. As for biogas and biomass power plants, biogas plants, as a rule, use agricultural waste for energy, and biomass use wood processing and timber processing waste. By 2020, it is planned to build 580 MW of biomass facilities and 330 MW of biogas plants in the country [7]. Thus, the role of renewable energy in the energy sector of the future will be determined by the possibilities of developing new technologies, materials and structures to create competitive energy stations. Today, the cost of renewable energy remains high, however, with the consistent development and cheapening of alternative energy, it will take its place in the global energy balance.

Legal regulation of labor activities of foreign citizens in the Republic of...

Formation of the national infrastructure of the quality of goods with the...

The civil procedural code of the Republic of Uzbekistan: some aspects...

From the first days of independence Uzbekistan chose the way of building a democratic state and a civil society. The tremendous changes have taken place in a historically short period in the life of our country, the appearance of our country has transformed radically, we have created a liberal...

The impact of globalization on Kazakhstan's agriculture

Also, in order to increase the technical equipment of the agro-industrial complex subjects, measures will be taken to reduce the share of purchasing expensive equipment and equipment from foreign countries. References. http://mgov.kz/ru/aza-stan-respublikasyny-a-k-damytudy-2017-2021-zhyldar-a...

Legal regulation of labor activities of foreign citizens in the Republic of...

Formation of the national infrastructure of the quality of goods with the...

The civil procedural code of the Republic of Uzbekistan: some aspects...

From the first days of independence Uzbekistan chose the way of building a democratic state and a civil society. The tremendous changes have taken place in a historically short period in the life of our country, the appearance of our country has transformed radically, we have created a liberal...

The impact of globalization on Kazakhstan's agriculture

Also, in order to increase the technical equipment of the agro-industrial complex subjects, measures will be taken to reduce the share of purchasing expensive equipment and equipment from foreign countries. References. http://mgov.kz/ru/aza-stan-respublikasyny-a-k-damytudy-2017-2021-zhyldar-a...