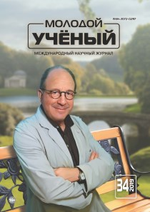 Teaching students a foreign language inherently involves correcting their mistakes. Yet, it might motivate as well as demotivate. That is why this issue should be considered closely. The article sheds a light on means and techniques that could provide students with effective and efficient correction depending on various factors including learners’ age and language level, classroom atmosphere, types of tasks and personal preferences.

Making mistakes is an indispensable part of mastering a foreign language. They could be of various types and occur for different reasons. Obviously, they require a proper correction from a teacher, whose main function is monitoring the language use and not letting learners’ mistakes reinforce. However, correcting students too much while they are trying their best might also discourage them from performing productive language activities, such as speaking and writing. This contradicts the main aim of the whole learning process, which is to teach students how to use a foreign language as a communication tool. Therefore, it is vital to disclose, which correction means and techniques are to be applied depending on activities and classroom situations so as to make correction effective and useful.

The first thing to highlight is that mistakes are often perceived both by students and by teachers as something negative. Yet, one should not overlook the fact that language learning cannot proceed flawlessly, hence, mistakes represent a natural and significant part of this process. By making them, students are testing and transforming their interlanguage and experimenting with forms, which also involves a strong creative component inherent to mastering of any language, including a native one as well. Learners are processing information considering rules and grammar patterns, and it normally takes them some time to do everything the right way. What is more, a teacher can even make use of mistakes, since their number and types indicate the dynamic of a learning process and show how much new language has been absorbed. One more reason, why mistakes are particularly valuable for monitoring purposes, is that the most common ones help to reveal the class misapprehensions or weak points in language use and identify the topics that require revision or special attention. Besides, the number of mistakes can help to establish, whether the task is challenging enough for students to perform. It should be neither too easy to make them bored and offer no progress opportunities, nor too complex to demotivate them.

There are some facts that are crucial to consider when deciding, whether correction is necessary and in what amounts. First, students are not likely to get enough exposure to L2 (second language) in their everyday life. Second, they may also experience a lack of motivation to hone their language skills as they do not have to use L2 for their day-to-day communication needs. Consequently, the assumption that errors might be automatically filtered out of speech as the time passes, is not sufficiently justified. A teacher cannot choose to just ignore the errors. The learners’ language use should be strictly controlled as well as their mistakes should be corrected. This would help students to gain the feeling that they are guided through language and their understanding of the meaning and the pattern can be clarified any time they need. Appropriate feedback along with abundant speaking and writing practice could eventually help students to distinguish between correct and incorrect forms of language. On the contrary, inappropriate feedback might dent their confidence and prevent them from participating in productive language activities. This brings us to the question, when and how students should be corrected, considering that a correction style could exercise a direct influence on the learning process.

The first step would be to anticipate mistakes and take preventive measures. Errors of meaning are unlikely to occur when sufficient clarifying and concept checking are provided; errors of form could be significantly reduced by offering plenty of controlled practice [2, p. 165]. If a teacher supposes that errors are likely to come up, pre-teaching vocabulary, revising grammar patterns and pronunciation features before doing an activity may as well be a decent solution that will help students to gain more confidence in using a foreign language. For teaching in monolingual classes, it might be useful to get familiar with students’ L1 peculiarities in order to understand how mistakes connected with the native language interference can be mitigated.

When mistakes have already been made, the primary task for a teacher is to turn their correction into a motivating and inspiring activity rather than into a discouraging and stressful one. Approaches here can vary depending on the aim of the exercise, its difficulty, learners’ level etc. For instance, many teachers choose to allow beginners to make many mistakes, correcting them selectively, and then gradually become more demanding to advanced learners. The reason for such a strategy is that over-correction at the initial stage of language learning might cause students to be afraid of making mistakes and, therefore, to participate in lessons unwillingly. They need some time to take in new language and gain confidence, here encouragement may produce a greater positive effect than correction. Moreover, beginners are inclined to make a lot of mistakes that are simply above their current language level but does not disturb communication too much.

Different approaches are also required for tasks aimed at accuracy and at fluency. Dealing with the first type, it is essential to thoroughly analyze and properly correct each mistake that has been made, since accuracy improvement is the entire goal of such an exercise. However, when it comes to fluency practice, it would be effective to organize delayed and not that detailed correction, as the main point here is communication, and there is no need to go through each and every mistake. Delayed correction can also be presented in form of a follow-up, which usually concentrates on typical and most common mistakes or those of specific types [1]. Students tend to perceive it as a part of regular classroom activities, and due to its focus on improvement rather than on punishment, such an exercise does not cause too many worries or demotivation among them.

If certain mistakes are not typical of the whole class but are constantly repeated by some learners, an effective strategy here would be to give them notes, which contain the mistakes description and a detailed instruction on how to correct them.

Strategies of correction that are applied to written work can also differ considerably depending on the task aim. If it is exam preparation, students might welcome a thorough and detailed correction. But it may turn to be rather time-consuming for tasks that involve free language practice. In this case, approach to correction can involve highlighting the strong points of writing along with its downsides so as not to focus solely on negative features. Teachers may try giving students clues on the types of errors that have been made thus providing them with an opportunity to identify and correct mistakes by themselves, which is also useful for increasing learners’ autonomy. One more piece of advice would be to react as an engaged reader in order to reduce a negative and discouraging effect caused by all the corrections done. This involves writing short responses or reactions to the content of students’ texts to show that, despite all the errors, the piece of writing is still intriguing and amusing.

The responsibility to correct a mistake could be delegated to the student that has made it, to his or her peers or performed by a teacher. It often depends on the mistakes type. Slips occur, when a student is familiar with the rule and capable of applying it but fails to be attentive enough, is too nervous or too tired, which leads to making a mistake. In this case the best option would be just to indicate that a mistake has been made and offer a student an opportunity to fix it. This will help to bring learners’ attention back to language use and build up their confidence by improving self-correction skills.

Developmental errors usually take place, when language in focus is still being processed and learners are consciously experimenting with forms [3, p. 62]. Peer correction might be used to fix such mistakes. First, it helps to get the class listening to each other attentively and monitoring the language use. Second, it could profoundly contribute to developing learners’ autonomy. Nevertheless, it is vital to underline that the right kind of atmosphere is needed for peer correction. It should be organized in form of support and not perceived by any student as humiliation.

Fossilized errors might as well stem from the lack of proper correction, L2 exposure or learning motivation. They are repetitive and might be difficult to cope with, even in spite of the large amount of studying and practice. These mistakes along with the L1 interference should be dealt with by a teacher, as they require meticulous analysis of their reasons and of possible repair strategies that should be carried out by a professional.

Paying tribute to the key correction strategies, it would not be amiss to describe the tools teachers have to indicate and fix their students’ mistakes. If they want to just draw learners’ attention to the fact that a mistake has been made, giving him or her the chance to fix it, teachers may use gestures or facial expressions. An astonished or worried look will indicate that a student’s speech is not quite correct, and something should be improved. Some teachers point behind the shoulder to remind the students that past tense should be used in a given situation. Finger correction is of particular use when there is a need to show a missing word or an extra word or to hint that a contraction is required. Echo correcting means repeating exactly what a student has just said but with a rising intonation.

If a learner is still incapable of getting it right, a teacher may recast or reformulate an utterance. Recasting means rewording a phrase and saying it back to the class correctly. Teachers can recast sentences that do not contain any errors but are still inappropriate, for instance, because of the wrong register. Reformulating is a technique that parents usually use to correct children’s language errors, they repeat an utterance in an improved form without drawing too much attention to the mistake [4, p. 210]. Teaching aids are used for a more detailed explanations considering mistakes correction. Phonemic charts are used to encourage authentic pronunciation. Timelines drawn on the OHTs can help to visualize the use of tenses.

For writing tasks, a correction code is commonly used. It is a system of symbols each of which indicates a particular type of mistake: a missing word, the wrong tense, etc. It is designed to help students to develop proofreading skills by analyzing their errors and making effort to correct them.

All things considered, mistakes should be accepted as a normal part of learning a foreign language. A teacher disposes a wide range of correcting tools and strategies, which are regularly chosen only after a thoughtful analysis of all the factors that affect the learning process. A gentle and proper correction can help learners to distinguish between correct and incorrect forms of language. This combined with sufficient encouragement makes students more autonomous, more confident and eager to participate in productive language activities.