A Few Words about Obstacles and Issues of Simultaneous Translation 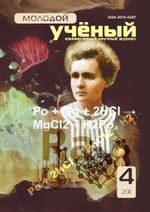 Without knowing the force of words,

it is impossible to know men.

It is widely known that there are two types of translation: written and oral. As it is quite clear from the name, in written translation the source and the target texts are in written form. In oral translation or interpretation the interpreter listens to the oral speech and translates it as an oral message.

If you don’t know a foreign language but want to communicate your message clearly and accurately, you need the service of an interpreter to achieve your objectives. Thus a skilled and experienced interpreter is indispensable when you need to make international communication possible at scientific conferences, meetings, seminars and other venues.

While translating an interpreter might encounter with various hardships. There are some difficulties examples that might occur in law and legal translation:

There are main devices that are used in the work of a simultaneous translation. They are:

In view of the aforesaid we may note that an interpreter shouldn’t be limited with linguistic knowledge. He must study different spheres of human life in the country of the source language: its history, literature, psychology, culture, traditions, customs, music, behaviour, mentality, etc.; practice translation techniques; learn the professional aspects of translation such as working under time pressure, stress toleration, contact with clients, etc. Only this way there appears a possibility for qualitative translation.