Bilingual education in Russia and Germany 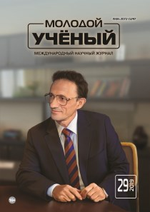 Nowadays more than 70 % of people all over the world speak two or more languages and can be considered as bilinguals or multilinguals. These phenomena have become normal in our society. The media is well developed in the post-industrial society, almost everyone has got the opportunity to use internet resources and can get information in different languages. There are many ways for even very small children to learn a second language in bilingual kindergartens and schools in different countries.

This essay will be about bilingual education in two countries — Russia and Germany. The ways of educating bilinguals are different in these countries, but the purpose is the same — the development of children's skills and the ability to think in the second language and support for the child's native language. Pupils in Russian educational organizations learn at least one foreign language, but in bilingual schools and kindergartens the whole educational process is hold in both languages, so that children can at once adapt to a new linguistic and sociocultural environment. Pupils in German educational organizations usually learn two foreign languages and the educational process is held only in German, but now there are many bilingual and international schools where the educational process is held in two or even three languages as well. The increase in the number of bilingual schools is also connected with the increase in the number of children from immigrant families who have got a different cultural and linguistic background, and the state provides children of such families with the opportunity to study in a bilingual school where the lessons are held in two languages — German and their native language.

Bilingual education is the use of two languages for a pupil or group of pupils in a part or in the whole educational process. There are different types of bilingual education. One of them calls for repeated teaching of the same subject in both languages: for example, History in Russian in the morning and History in Tatar language in the afternoon. Another type calls for teaching all subjects in a language on one day and in the other language the coming day. And the third type, the simultaneous translation, calls for teaching the same subject in both languages, translating paragraph by paragraph or word by word, if pupils have problems with understanding the material. There is also an opinion that certain subjects should be taught in one language, certain –in the other. (Haskelberg, 2006)

Many scientists point out, that the languages should be used separately, otherwise children will come to mix them indiscriminately by confusing word associations across languages. (D. Cohen, 1975) This is usually an issue in immigrant families where parents learning a new language together with their children try to speak, for example, German, but don’t know it good enough and add words from their native language. It may be difficult for children to distinguish the two languages and they may mix them like their parents do. So I think that parents in such families should know about how to rise a bilingual child and what the main features and “rules” of bilingual education are. It’s also better when a child’s first language is well-established before learning the second one, because in the case of forced early learning children make a variety of oral language mistakes. (Wode, Burmeister, 1991)

S. Gudschinsky presents pedagogical, social and psychological reasons for teaching a bilingual student. The pedagogical reasons include exploiting the fluency in the first language in learning, how to write and read, expecting, that the student will transfer reading and writing skills from the first into the second language. The psychological and social reasons include minimizing culture shock for the pupils (unfamiliar school environment with a foreign language and different culture values), stabilizing the sense of personal worth and establishing a habit of success. (Gudschinsky, 2012)

The European Union has set multilingualism as the main goal in the field of language teaching of its citizens: every European citizen should know at least two foreign languages, in one of which s/he should be fluent.

For migrant children in Germany the goal of the practical German language course in bilingual schools is to introduce them into the school microenvironment, and then into the German-speaking cultural environment, because in teaching the language we also teach the culture.

In all models of Russian bilingual schools subjects are taught in Russian or in the native language. Some schools use the method of simultaneous translation from the native language into Russian, depending on the traditions of teaching in the region. It mostly depends on whether there are teachers who speak both languages or not. (Khamraeva, 2017)

In the Russian Federation there are several types of national bilingual schools, in which:

In Germany there are also differences in it’s 16 federal districts, each of which has its own school system:

In Russian bilingual education it is important to implement a “metasubjective” approach, which is responsible for the comprehended acquirement of the language material and the development of the cognitive abilities of pupils. The main qualities that a bilingual child should acquire in the Russian language lessons is the ability of expressing the main idea, briefly or broadly expressing the received information, of finding similarities and differences. Therefore, the diagnosis of bilingual children should study the “functional” Russian language. (Schukin, 2003)

The learning outcomes are assessed in three areas: the subjective, metasubjective and personal ones. As stated above, the most important for bilinguals are the metasubjective results. A language (for example, Russian) in which the educational process is held is the metasubject. At the initial stage of learning a bilingual child should master not only the knowledge of the Russian language, mathematics and other subjects, but also verbal and communicative metasubjective actions. (Schukin, 2003)

Achieving personal results is the development of two languages and two cultures. For this, it is necessary to form cultural and intercultural (based on linguocultural) competence in bilingual children. (Derbisheva, 2016)

E. Khamraeva identifies the following basic general didactic and methodological principles in teaching Russian as a foreign language that contributes to the solution of the cognitive and developmental objectives of education:

– the principle of verbal activity (all speech materials must have communicative value, be actively used by native speakers in communication);

– the principle of individualization (a means of creating motivation to learn a language, used in distance learning);

– the principle of functionality (all types of speech activity (speaking, reading, listening, writing) are used as a means of communication, there is a complete list of speech functions as learning objectives);

– the principle of situationality (the situation is the main element of the organization of the process of learning to communicate in a foreign language);

– the principle of novelty (the preservation of the interest in learning a foreign language, the formation of speech skills capable of automatic transfer, the development of the communicative function of thinking). (Khamraeva, 2016)

M. Aldoshina writes in her work “The Basics of Multicultural Education” (2014), that polycultural education is the actual way of socialization of the young generation in the “globalizing educational and real space, providing at three levels the following: at the cognitive level — the mastering of the samples and values of the world culture, cultural, historical and social experience of various countries and people; at the value-motivational level — the formation of socio-attitudinal and value-orienting predispositions of students for intercultural communication and exchange, as well as the development of tolerance towards other countries, nations, cultures and social groups; at the active-behavioral level — the active social interaction with representatives of different cultures while preserving their own cultural identity”.

There are following objectives in bi-and multicultural education:

– a thorough study of the culture of the pupil’s nation (to get acquainted with other cultures after);

– the formation of a child's positive attitude towards cultural differences;

– the development of skills of interaction with representatives of different cultures;

– the creation of conditions for exploring other cultures. (Aldoshina, 2014)

The basic principle of the work of German bilingual kindergartens is the simultaneous and equal rights of children in their native and acquired languages, as well as upbringing and education in two cultures at once: without forgetting and supporting his/her national culture. The child comprehends along with the language a new culture of the country where his/her peers of a different nationality were born. In the group of such preschool institutions there are two tutors, each of whom is a native speaker of their own language, fluent in a second language. Having the opportunity to communicate with two educators at once, the child has a natural inclusion in the communicative process with both adults and children speaking a different language. (Christ, 1992)

In Germany, the ideas of creating, improving the work of bilingual educational institutions find a lively response from the government which is an indicator of public interest in the language competence of the younger generation. German scholars see following future prospects of bilingual education: integrating elements of bilingual education into general modern language teaching, setting up bilingual sections for second or third foreign languages, developing concepts for teacher-training and in-service training and co-ordinating curricular programmes leading to two different national diplomas required for university entrance with university courses leading to a dual qualification. (http://www.unavarra.es/tel2l/eng/germany.htm#top)

The results of such education include multicultural education, formed intercultural communicative competence and the ability to apply it depending on the situation. (Kudryavtseva, 2016)

Thus, both Russia and Germany have got many nationalities and republics (in case of Russia), and it’s very important for the intercultural communication to know Russian for everyone in Russia and German for everyone in Germany. There still are regions where Russian is not the native language of people who live there. These people represent the national-Russian bilinguals, and it’s important to provide qualitative bilingual education for them. And if a country doesn’t teach native speakers of minority languages how to write, read and speak their languages, they will lose their language skills and even a whole language can disappear in this case. Though Russian is the state language in the Russian Federation and the educational process is held in the state language all over the country, it’s also important not to forget about other languages in Russia. And in Germany it’s important to keep German as the state language and to provide qualitative bilingual education for children from immigrant families, so that they can learn German and at the same time don’t forget their native language and culture, and to provide bilingual education to German pupils who want to learn languages in bilingual schools in order to get acquainted with other cultures. That’s why bilingual education is so important in these big multinational countries.