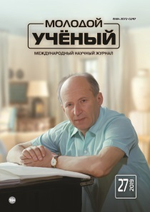 In linguistics, a suffix is placed after the stem of thee word. Common examples are case endings. They can alter the form of the word to change the meaning. A word final segment that is somewhere between a free morpheme and a bound morpheme. Suffixes can carry grammatical information or lexical information. Derivational suffixes can be divided into two categories namely class-changing derivation and class-maintaining derivation. From this respect we will deal with the latter category in media terms. If the language instructor works with the newspaper at a more advanced level one of his duties is to draw his/her learners’ attention to the fact that media reporting has a style and a language of its own. [Galperin,1977,87]. Terminological unit’s motivations of foreign researchers, research in connection with the manufacturing process is defined. Terms of productive ages and unproductive methods [Reformatskiy,1968,152].

Their function and translation is not always stable in Uzbek and English. The term suffix means to fasten on, beneath, or under. A suffix may be a syllable or group of syllables united with or placed at the end of a word to alter or modify the meaning of the word to create a new word. A suffix is connected to a root or to a combining form to make a new word. A compound suffixes made up of more than one-word component. Statement in terms of the role of the nomenclature concept very similar to the terms. “ Nomenclature” derives from a Latin word means “call” [Xayutin,1971,128]. It is also added to a root or a combining form to modify its meaning. Whenever you change the suffix, you alter the meaning of the word to which it is attached.

The following guidelines pertain to the building and spelling of media words:

General Use Suffixes– suffixes, when written, are all preceded by a hyphen (-) to signify that they are to belinked to the end of a root or combining form. Grammatical Suffixes– those suffixes that may be attached to a word root to form a part of speech, especially a noun or adjective, or to make a medical word singular or plural in its form. They are also used to indicate a diminutive form of a word that specifies a smaller version of the object indicated by the word root. They are as follows:

By connecting various word parts in an organized sequence, thousands of words can be built and learned. In the text, the word list is alphabetized so one can see the variety of meanings created when common prefixes and suffixes are repeatedly applied to certain word roots and/or combining forms.

Forms terms notation properties of substances that are common to all objects of this class substances. In Uzbek it means –lik.

Used to form nouns which refer to an action or series of actions:

Used to form nouns which refer to an action or process or its result. It has no direct meaning or translation in Uzbek:

To have the necessary physical strength, mental power, skill, time, money or opportunity to do something

The following selected suffixes that have more than one meaning:

—ate use, action, having the form of, possessing,

—ive nature of, quality of,