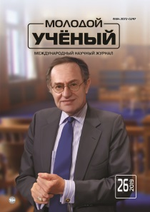 The main task of modern language policy is to establish mutual understanding between people of different cultures. The implementation of this task relates to the development of foreign language learners who can be effective participants in intercultural communication. For this purpose, students should not only master decode a foreign language and should be able to use it in communication, so a “picture of the world” is formed that is characteristic of a carrier of a given language as a representative of a certain society.

In modern methodological works, the object of research is the process of teaching discourse (N. P. Golovina, 2004; Yu.A. Ermoshin, 2010; NV Ivanova, 2004; OI Kucherenko, 2000; LV Stupnikova, 2010; EA Shaturnaya, 2009). Scientists believe that discourse contributes to the formation of a picture of the world of the learners of a foreign language culture in students in various fields of activity and everyday life.

In the dictionary of Intercultural Communication Terms, discourse is defined as “discourse lat. discursus running back and forth. — A coherent text in connection with a socio-cultural context; speech as a component involved in the interaction of people "; It is stated that the discourse is “described in terms of socially significant actions and strategies” that participants in communication perform in certain communicative situations corresponding to the given language community and culture (Glossary of Intercultural Communication Terms, p. 102).

The author of the discourse theory is M. L. Makarov notes that related terms for “discourse” are “text”, “speech” and “dialogue”. According to the scientist, speech and text are aspects of discourse; therefore, it offers a broad interpretation of discourse: “everything that is said and written” (Makarov ML, p. 85; 88).

From the position of cognitive linguistics, discourse is understood as “a complex communicative phenomenon that includes, in addition to the text, extra-linguistic factors (knowledge of the world, opinions, attitudes, goals of the addressee) necessary for understanding the text” (Karaulov Yu.N., Petrov V. V., p. 8). In a similar way, N. D. Arutyunova, defined the discourse as “a coherent text in combination with extralinguistic — pragmatic, sociocultural, psychological and other factors; text taken in the event aspect; speech considered as a purposeful social action, as a component involved in the interaction of people and the mechanisms of their consciousness (cognitive processes). Discourse is speech “immersed in life” (Arutyunova ND, p. 136). From the point of view of T. A. Van Dyck, discourse is a communicative event, a complex phenomenon that can be viewed as a number of aspects: 1) a form of social interaction between people; 2) the manifestation of power and authority; 3) the form of communication; 4) contextually conditioned phenomenon; 5) social semiosis; 6) the use of natural language; 7) a collection of genres and others (Van Dyck T. A., p. 3–5). According to the researchers, “discourse, like any communicative act, presupposes the existence of two fundamental roles — the speaker (author) and the addressee” (Kostyushkina GM, p. 28). This emphasizes the interactive nature of the discourse, which implies interaction. From this position, the discourse of monologic form is considered as a special case of dialogue, since the addressee is also necessary for the monologue.

V. V. Krasnykh considers the discourse as a product of speech-thinking activity (text), and as a process of its creation. So, “discourse is verbalized verbal and cogitative activity, understood as a combination of process and result and possessing both a linguistic and extralinguistic plan”.

Scientists contrast discourse and text according to such criteria as: process — product, dialogue — static, relevance — virtuality. The text is understood as a reception, an abstract formal construction, while “discourse is different types of its actualization, strategic use, considered from the point of view of mental processes and in connection with extralinguistic data” (Kostyushkina GM, p. 48).

Thus, teaching the generation of oral foreign language discourse should be aimed at students mastering the ability to create oral text, the linguistic parameters of which are determined taking into account extralinguistic factors: situation, social roles, status, attitude of communicators, communicative intent, forming the external context, and background knowledge, value reference points of foreign cultural interlocutors that constitute the internal context. Learning foreign language discourse is also associated with the need for students to master verbal behavior in the form of speech strategies and nonverbal behavior (gestures, facial expressions) typical of a foreign cultural recipient, which together form the intralingual contextual factors. Thus, training in a foreign language discourse of the professional sphere is consonant with the modern concept of education in the aspect of the dialogue of cultures, because to generate discourse it is necessary to possess not only linguistic material, but also deep background knowledge, rules of etiquette, culture of professional communication, which generally allows students intercultural professional contacts. Acquisition by students of the extra-linguistic information contained in the discourse helps to overcome the difficulties that arise in intercultural communication due to the discrepancy of national stereotypes of thinking and behavior in this cultural community.

The formation of discursive competence in future specialists is manifested in the presence of the following skills:

– possession of a set of basic types of foreign language discourses relating to situations of professional communication, knowledge of the communicative goal achieved in the course of their realization, patterns and peculiarities of their construction;

– the choice of the desired type of discourse, taking into account a certain communicative situation;

– generation / perception of a discourse in accordance with the characteristics of the selected type;

– compliance with the norms of speech and non-speech behavior adopted in a particular socio-cultural community in the process of generation / perception of discourse.

The formation of these skills occurs in the process of mastering a set of types of discourses, the selection of which is made taking into account the prevalence of their use in the professional and business sphere of foreign language communication. In this connection, the following fact should be noted. Recently, a number of researchers (S. V. Bobova, N. G. Valeeva, N. N. Gavrilenko, AL.Gaysina, Tikhomirova E. V., Fedorova OL, and others), solving their tasks in areas of theory and practice of teaching foreign languages, used a consistent familiarization of students with various types / genres of texts used in certain areas of communication. This technique was used in the techniques developed for both language and non-linguistic universities, in the training of prepared and unprepared speech, dialogic and monologue speech, in the process of teaching listening and speaking.